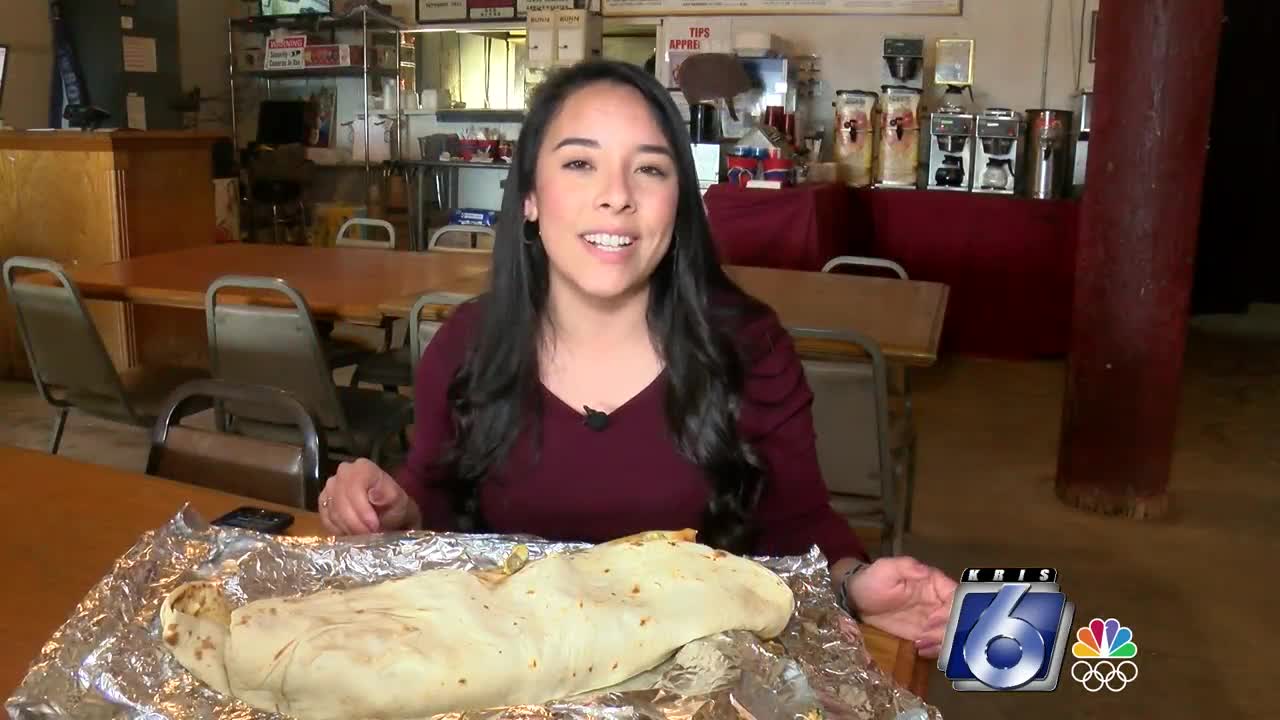 CORPUS CHRISTI, TX — If you're hungry, like, really hungry, you may want to head to Recio's Smokehouse Restaurant.

What was just a request from two sons to a mom, "hey mama we're hungry, make us a big taco," Robert Recio said, reiterating his sons, turned into a Texas-sized staple right here in Corpus Christi.

"So my wife made a big ole tortilla and said what do you want, 'I want chorizo, bacon egg, potato egg, sausage egg, back then we used to put carne guisada on top of it, but now we put brisket and cheese.'"

Robert and Minnie Recio are the owners of Recio's Smokehouse Restaurant located off of Old Brownsville Rd. Known for their years of elite bar-b-que, winning grand champion awards from Buc Days BBQ Cook-off's and numerous other awards across the state. What looks like a hole in the wall, will surprise you with the delicious food that they create.

This Recio Taco, loaded with homemade refried beans, chorizo and egg, potato and egg, sausage and egg, bacon and egg, topped with their award-winning brisket, and then finished with shredded cheese. All for the low price of $14.99.

People from all over the country come to Recio's Smokehouse, "because it's a 5 pound taco, and everything is bigger in Texas so we have to see what it's about," said Sage Ayres, who just drove in from San Antonio.

Recio says the tacos range between 4 and 5 pounds, but don't expect to know the exact ingredient measurements that go inside the taco. Recio says he doesn't count, he just makes it, but they definitely don't hold back.

One bite of the Recio's taco and you'll be back, "they some how fused Mexican food and BBQ food together into one of the best breakfast tacos I've ever had in my life," Ayres said.