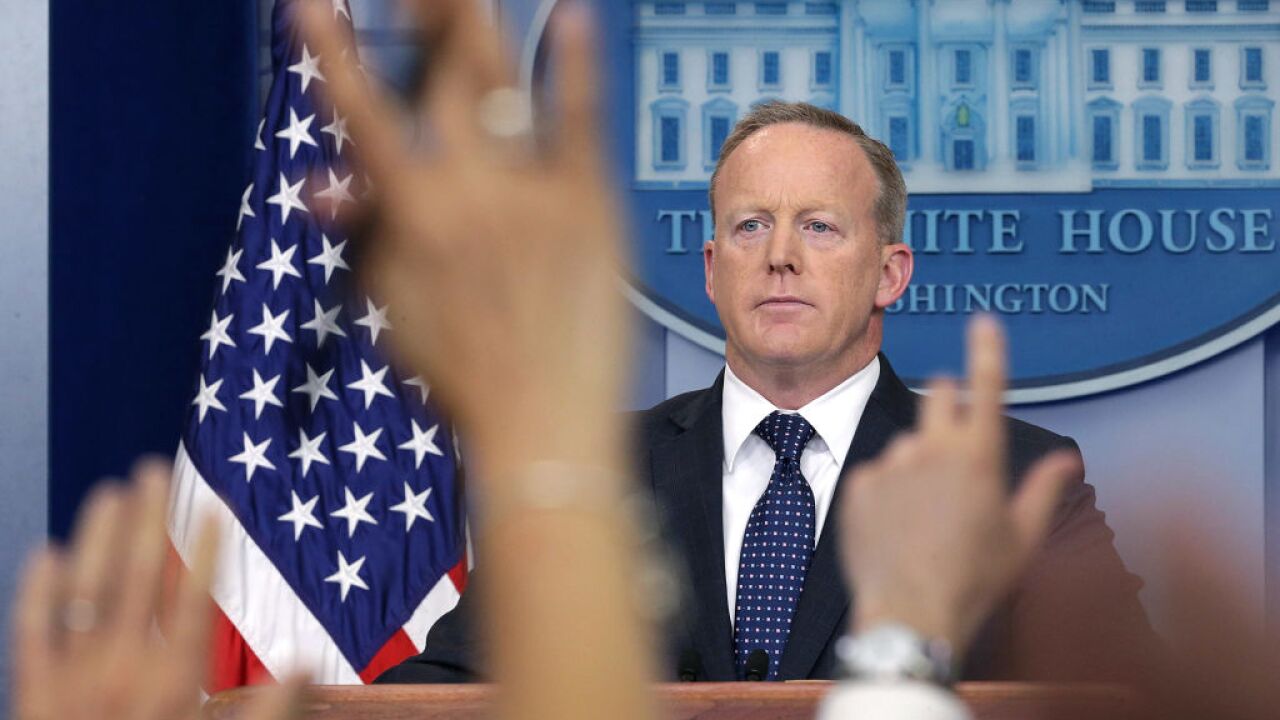 Dancing with the Stars announced the new cast for its upcoming season and while the list was unsurprisingly filled with notable celebrity names, one in particular caught the attention of a lot of viewers.

Sean Spicer, the former White House press secretary for President Donald Trump, is slated to be on the show when it premieres on ABC on September 16.

The cast was announced Wednesday on "Good Morning America."

While jokes about Spicer joining the cast slowly spread across social media, one statement stood out from the rest — a statement from DWTS host Tom Bergeron.

"A few months ago, during a lunch with DWTS' new Executive Producer, I offered suggestions for Season 28," Bergeron said in a statement posted to his Twitter account. "Chief among them was my hope that DWTS, it its return following an unprecedented year-long hiatus, would be a joyful respite from our exhausting political climate and free of inevitably divisive bookings from ANY part affiliations. I left lunch convinced we were in agreement. Subsequently (and rather obviously), a decision was made to, as we often say in Hollywood, 'go in a different direction.' "

Some thoughts about today pic.twitter.com/aCQ4SHrGCI

Bergeron goes on to say that he and the show's producers can "agree to disagree" and he's leaving any questions, presumably about Spicer's casting, to the show.

Other comments posted in response to GMA's announcement on Twitter showed that others were not a fan of Spicer being on "Dancing with the Stars."

.@seanspicer will compete on the new season of @DancingABC!#DWTS#DancingOnGMAhttps://t.co/iiWtUzxXl2 pic.twitter.com/cJ9XmrEl3T

Here is who else will be competing on the 28th season of "Dancing with the Stars."