World-renowned ensemble Mariachi Vargas de Tecalitlán will join the Corpus Christi Symphony Orchestra this Saturday at 7:30 p.m. at the Selena Auditorium, marking its first appearance with the Symphony in Corpus Christi. 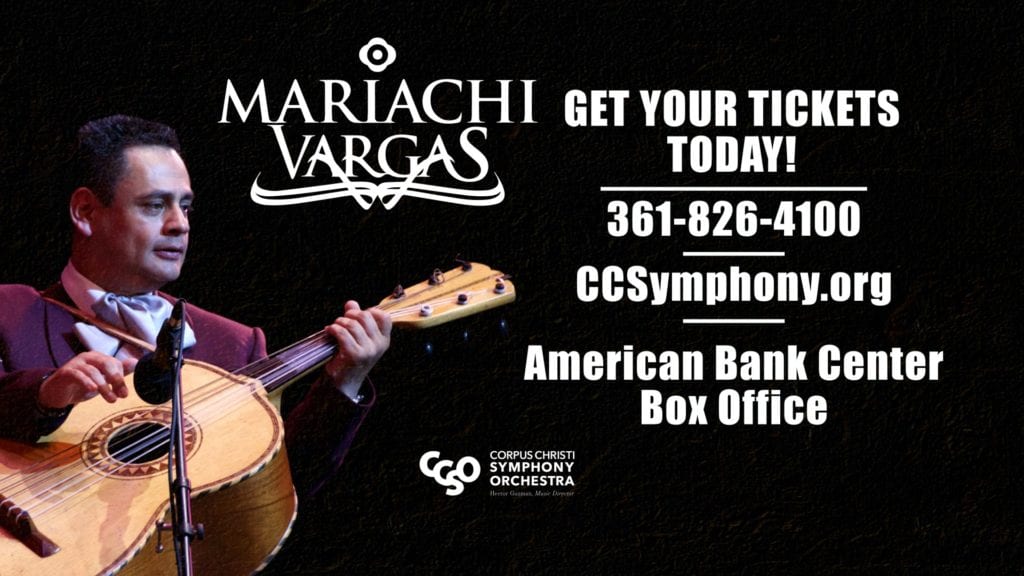 Originally founded in 1898, Mariachi Vargas has thrived for five generations and become one of the most internationally celebrated ensembles in Mexican music history, spurring national pride for what is now recognized as Mexico’s classic sound, including the title of “World’s Best Mariachi” since the 1950s.

Based in Mexico City, Mariachi Vargas de Tecalitlán is considered the most influential ensemble in the development of mariachi music and the leading authority for the art form.

The group’s irresistible energy and musical mastery are displayed in repertoire ranging from traditional Mexican songs to classical works.

Performing in dazzling traditional costumes, the 13 musicians of Mariachi Vargas de Tecalitlán include vocalists, as well as instrumentalists who perform on violins, trumpets, harps and several types of guitars, including the guitar-like vihuela and guitarrón.

Don’t miss a performance that is sure to captivate from the first notes to the very last.