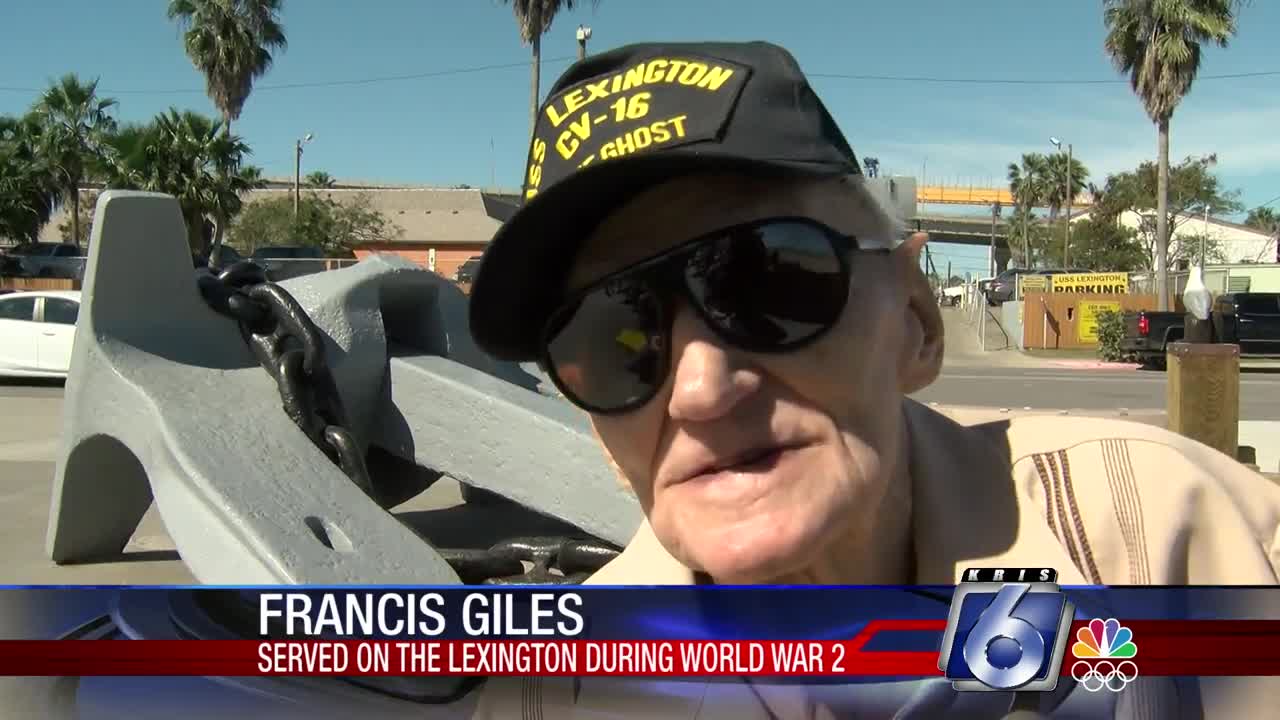 CORPUS CHRISTI, Texas — It's a blast from the past for a World War II Veteran who served aboard the USS Lexington.

93-year-old Frances Giles returned to the Lex today to tour the aircraft carrier where he operated radars.

His neighbor up in Kansas City, Army Veteran Jim Lilleston, made it possible.

After finding out it had been ten or 12 years since Giles had been on the ship nicknamed "Blue Ghost." He called his army buddy Frank Devine who lives in Corpus Christi.

Devine and some others took care of the rest and then Giles hit the road with Lilleston at the wheel.

He says today was a homecoming of sorts.

"It's actually kind of like getting to come home after you've been gone several years," said Giles. "She's an integral part of my life. That's part of my young life where you're in formative. It's just a good thing."