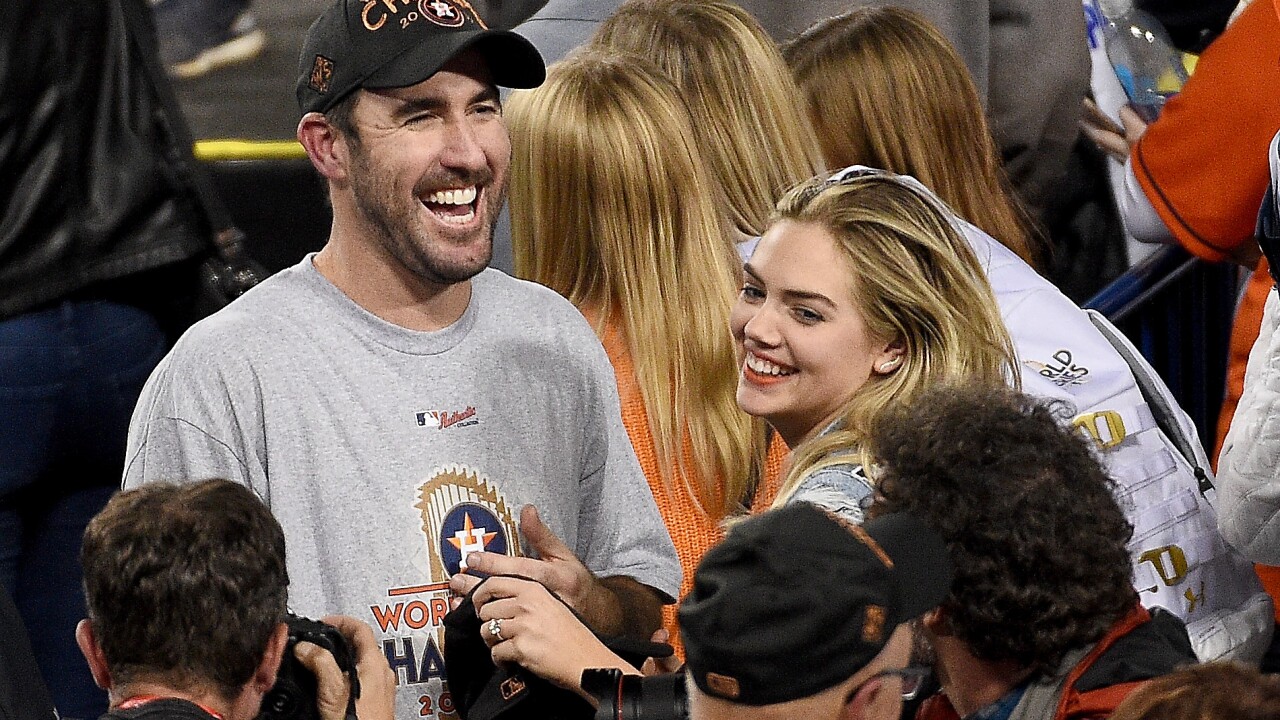 She didn't attend his most recent start on Sunday in Toronto. Instead, she was listening to the game, or at least the final stages, from a dimly lit restaurant.

The website Sportsgossip.com had her unique reaction when Verlander finished off his third career no-hitter.

Verlander became only the sixth pitcher in modern major-league baseball history with at least three no-hitters. He joined Nolan Ryan (seven), Sandy Koufax (four) and Bob Feller, Cy Young and Larry Corcoran, who each threw three no-nos. All but Corcoran, whose no-hitters came in the 1880s, are in the Baseball Hall of Fame.

And considering his wife's reaction after his third no-hitter, there's no telling how she will react once Verlander gets his eventual call to join baseball's immortals in Cooperstown one of these days.