After an unusual July front came and stalled in the Coastal Bend yesterday, we saw some relief from the heat in the form of showers and thundershowers that fired along the boundary.  Officially out at the airport, we picked up just over an inch of rain.

The stalled boundary is still in the vicinity of the Coastal Bend, but much drier air has filtered in and pushed most of the moisture out of our area and into the Gulf.  Still, there were a few pop-up lonely showers this afternoon with daytime heating, but the coverage was marketable less. 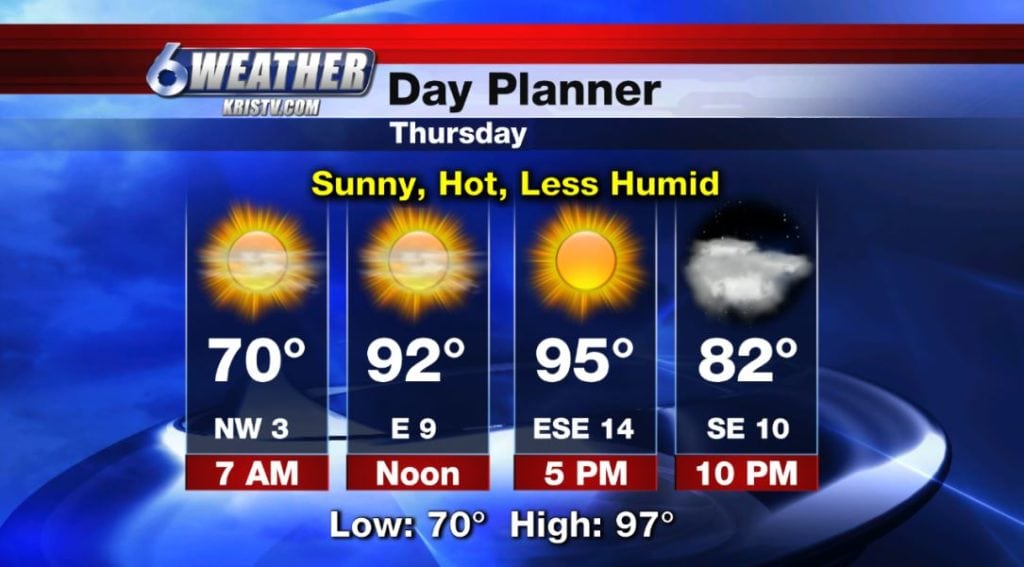 Tonight, with drier air and light winds, temperatures will drop into the upper 60s inland to low 70s here in the city of Corpus Christi.  The record low is 69 at Corpus Christi International set back in 1994.

Thursday will be very hot with highs in the upper 90s with plenty of sunshine.  Same can be said for Friday as upper-level high pressure moves back into the region and will influence our weather pattern.

Over the weekend and early next week we’ll tap into some Gulf moisture with a few stray seabreeze showers.  We’re not looking for big time rain totals or a washout any of those days, but they will be out and about.

Look for the afternoon highs to stay near seasonal around 94 degrees.