Rain chances stay in the forecast 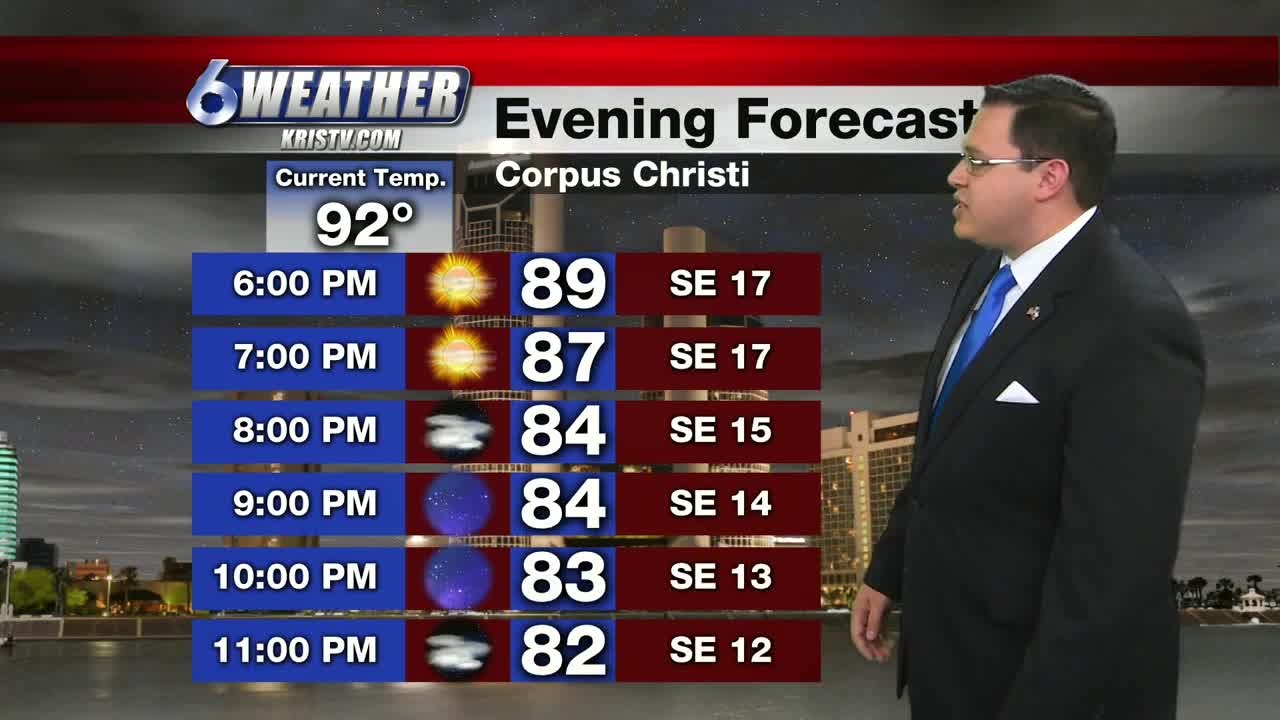 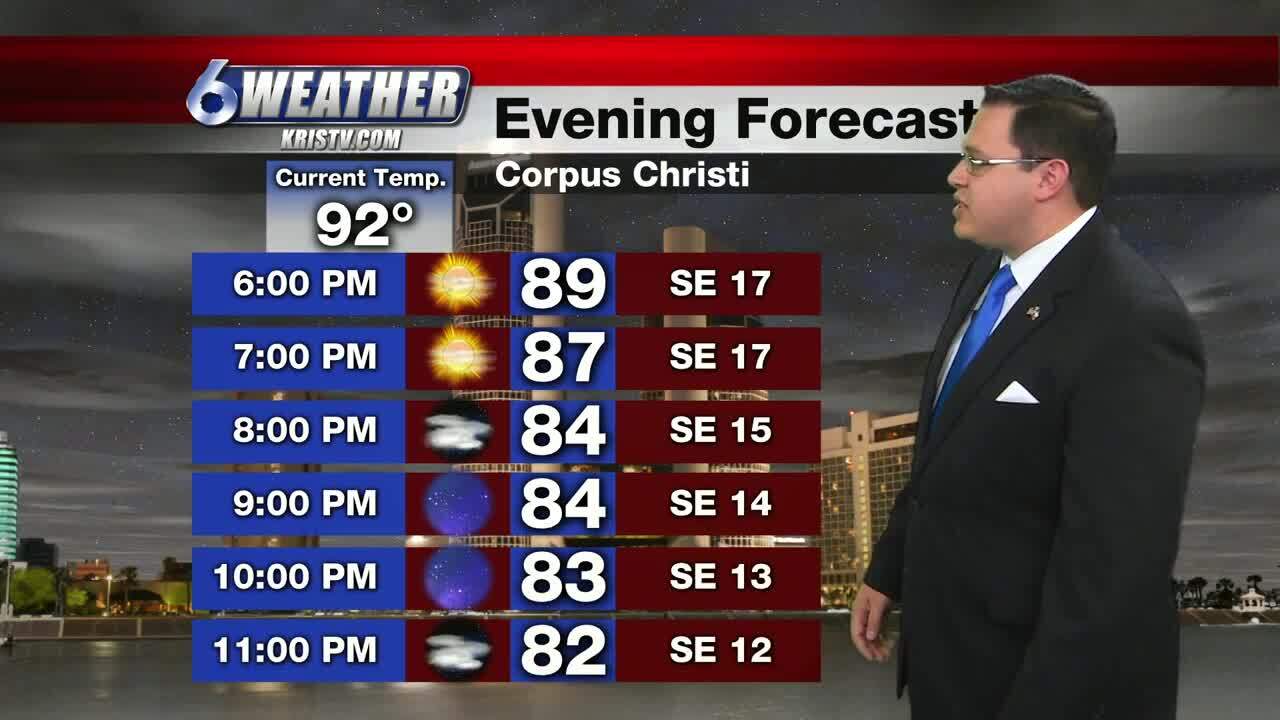 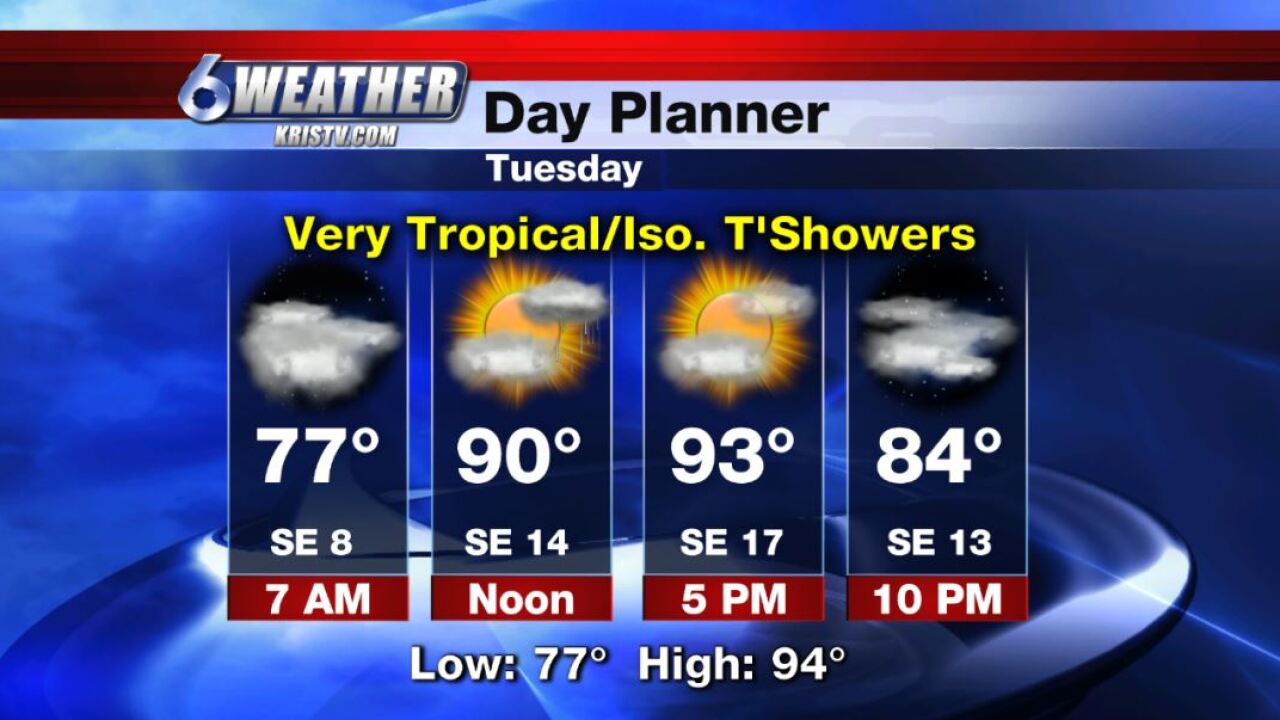 CORPUS CHRISTI — Our weather pattern certainly has changed to include a more tropical atmosphere, and has resulted in some stray-to-isolated showers in the Coastal Bend. Today we saw a few sprinkles and light showers near the coast, and as daytime heating got going, the afternoon sea breeze kicked in to high gear and resulted in more isolated thundershowers moving west through our inland communities. Though nothing was officially reported out at the weather stations, there were some spots that received a few tenths of an inch of rain.

Rain chances certainly are most welcome as we are nearing eight inches of rainfall below normal for this time of year at Corpus Christi International Airport.

This chance of rain will stay with us, but only isolated in nature, versus likely or widespread. This will be courtesy of good moisture pumping in off the Gulf of Mexico as upper-level high pressure is sits dominantly over the southeastern half of the United States.

The extra clouds and some shower activity will keep it from getting too hot, but highs still will hover at or just a few degrees above seasonal average. We should be at 91 degrees for this time of year.

Tonight, look for tranquil and warm conditions with an overnight low of 77. Wind: SSE 5-10 MPH

Tuesday we'll have another round of isolated showers that begin near the coastline early, and then migrate inland in the afternoon. It'll stay breezy and, of course, hot. High: 94 Wind: SE 10-20MPH

Boaters and mariners are urged to use caution in and around the bays and open water. Rip-current risk will stay moderate with bays occasionally choppy and the seas at two-to-five feet.

If you don't get rain at your home tomorrow, you'll have several more chances through Friday afternoon. By late Friday and into the weekend, drier air will come in, but a stray shower still is possible. Highs will get hotter, back in the mid-90s.

The tropics continue to stay active with several tropical waves in the Atlantic, but there are no direct threats to the Gulf or us here in South Texas. We'll be keeping a watchful eye as we've now entered the peak of hurricane season.