Few more showers back in the forecast this week 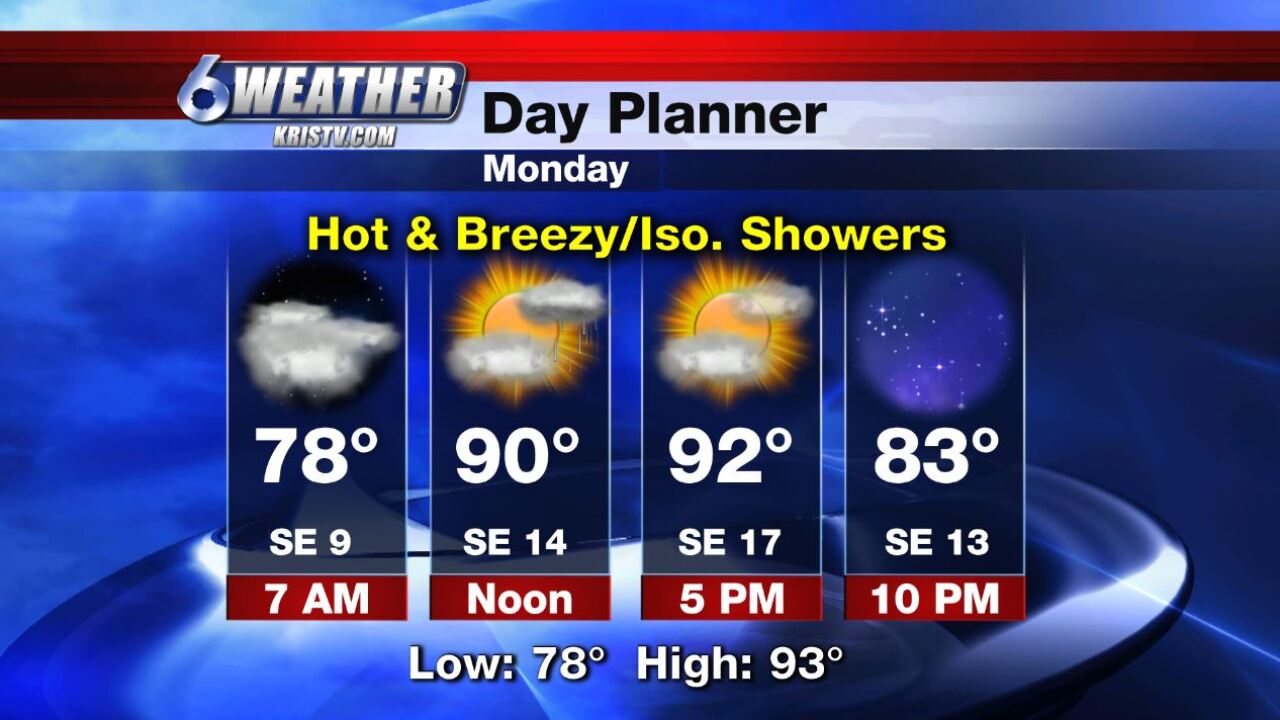 CORPUS CHRISTI — After a good chunk of the Coastal Bend received some good rainfall last week, we have dried out this weekend with high temperatures back above seasonal average and a good amount of sunshine.

Upper-level high pressure is close by and has brought some drier air into the region, which is why chances of rainfall have gone way down. This will start to break down as that dome of high pressure begins to build into the southeastern part of the United States beginning tomorrow.

With the help of a small area of tropical moisture in the Central Gulf and good flow coming in from the southeast, we'll begin to see some stray to isolated showers back into the Coastal Bend. The afternoon seabreeze, along with the daytime heating, will help to move some showers from the coastline to inland areas.

This pattern will persist through Thursday and though the rainfall won't be widespread, it could lead to some locations nearing about half an inch of rain from Monday through Thursday. Though some spotty locations could pick up some locally heavy rain with the stronger thundershowers.

Tonight, it will be warm and stuffy with a few clouds holding on to the area. Overnight lows will fall into the upper 70s. Wind: SSE 5-10 MPH

Monday will feature a good mix of clouds and sun with a high of 93 and stray to isolated showers. Wind: SE 15-20 MPH

Much of the same is forecast on Tuesday, but on Wednesday there could be a few more clouds and isolated showers so highs will come down a degree or two.

Friday and into the weekend, we'll have high pressure in control, but it won't be dominant. Some drier air will filter in and we'll see more sunshine with highs back in the middle 90s.

The tropics are still active. Dorian has gone post-tropical and is near the Newfoundland area and will continue to push northeast. Tropical Storm Gabrielle is in the north-central Atlantic and will also push northeast and hopefully not bother too many people. There are two tropical waves lingering in the Atlantic. The first is just an area of disturbed weather and unfortunately looks to move west towards the Bahamas in the next few days. That system has a low chance of development in the next 5-days. The other is more in the Central Atlantic and is forecast to move west towards the Lesser Antilles and has a medium chance for development. We'll be keeping a close eye on the tropics as we've entered the heart of hurricane season.