Veterans In Focus: Turkeys for Troops 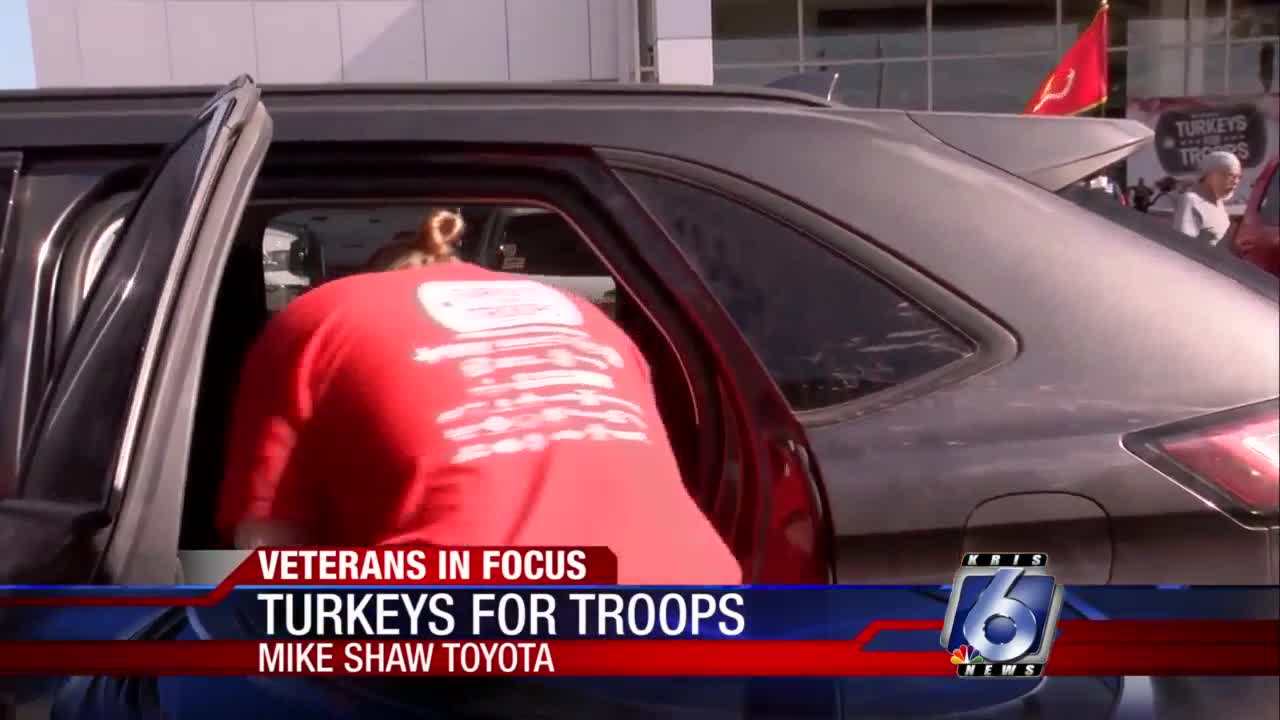 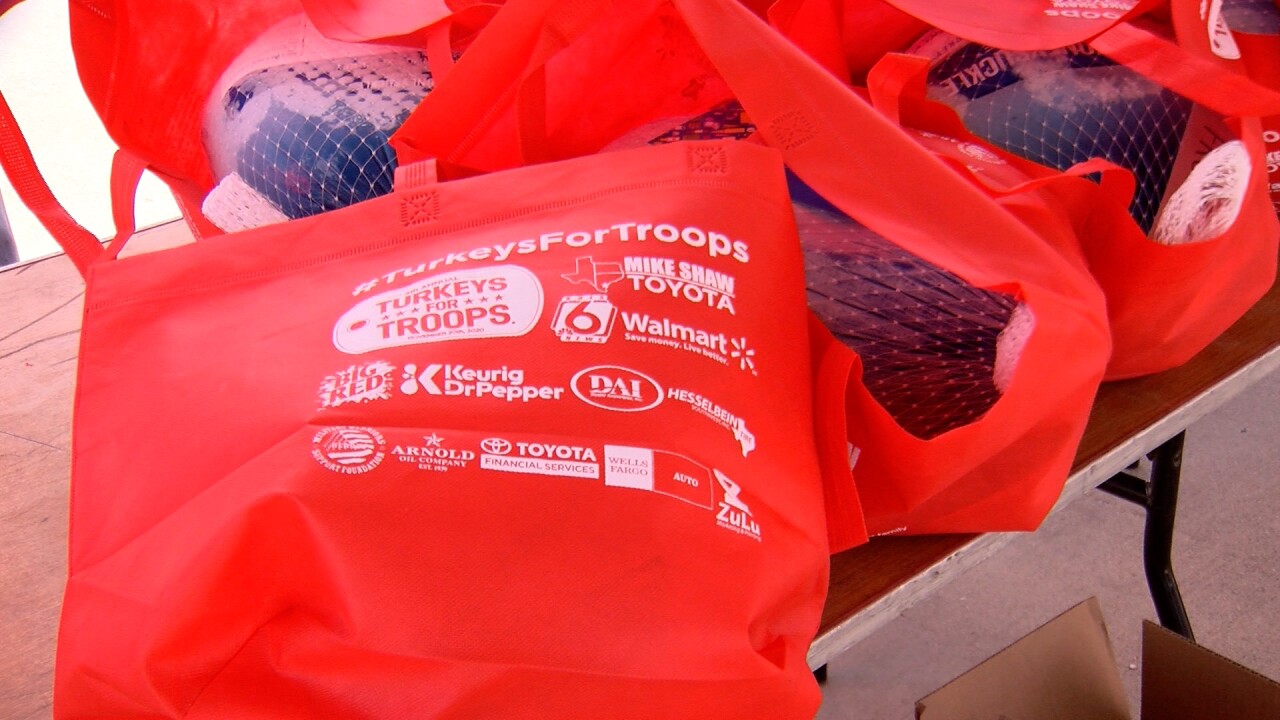 CORPUS CHRISTI, Texas — One local car dealership went above and beyond the call of duty to make sure our veterans have a happy Thanksgiving.

Thanksgiving dinner isn’t the same without the turkey. So Friday, Mike Shaw Toyota made sure those who served had their bird.

“Just our way of giving back to the community,” said Operations Manager Jeff Barlow.

This was the dealership’s fourth annual “Turkeys For Troops”. Anyone who’s served, or is currently serving, could come grab a turkey for Thanksgiving.

“We heard about it through word of mouth and we’re super appreciative,” said U.S. Navy sailor Spencer England. “This makes Thanksgiving a lot easier for us.”

“My parents have been scrambling looking for a bird right now and I haven’t been able to go to the base,” said Marine Corps Reservist Albert Trevino. “This was a lot easier.”

Organizers started the day with more than 2,000 turkeys. The giveaway ran pretty much as it normally did, with a few extra precautions to keep COVID-19 at bay.

For those on the receiving end, it’s just another reason to be thankful during a season of giving thanks.

“Money is really scarce as it is right now.,” said Trevino. “This is really helpful for the community.”

“This just makes it a little bit easier, this makes us see that somebody cares,” said Vietnam veteran Luis Ramirez. “We’re appreciative for that.”

The giveaway was slated to run until 6pm, but turkeys ran out a little before 4:30. Organizers then bought 200 Walmart gift cards good for a turkey or ham.