A man is in critical condition in a hospital tonight after being struck by a car.

Police say a man was attempting to cross Morgan Avenue near Rosewood Street when he was hit by a passing vehicle.  It happened around 9:30 p.m. on Thursday.  The driver stopped and called 911. Police say he also tried to render aid. 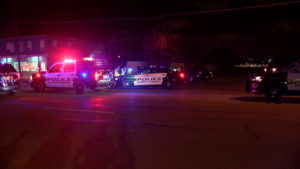 Lt. Kevin Quesada with the Corpus Christi Police Department says the incident occurred at night and at this time it does not appear the driver will be facing any charges.  Officers are still trying to determine where the pedestrian was trying to cross the road and whether he was using a crosswalk.