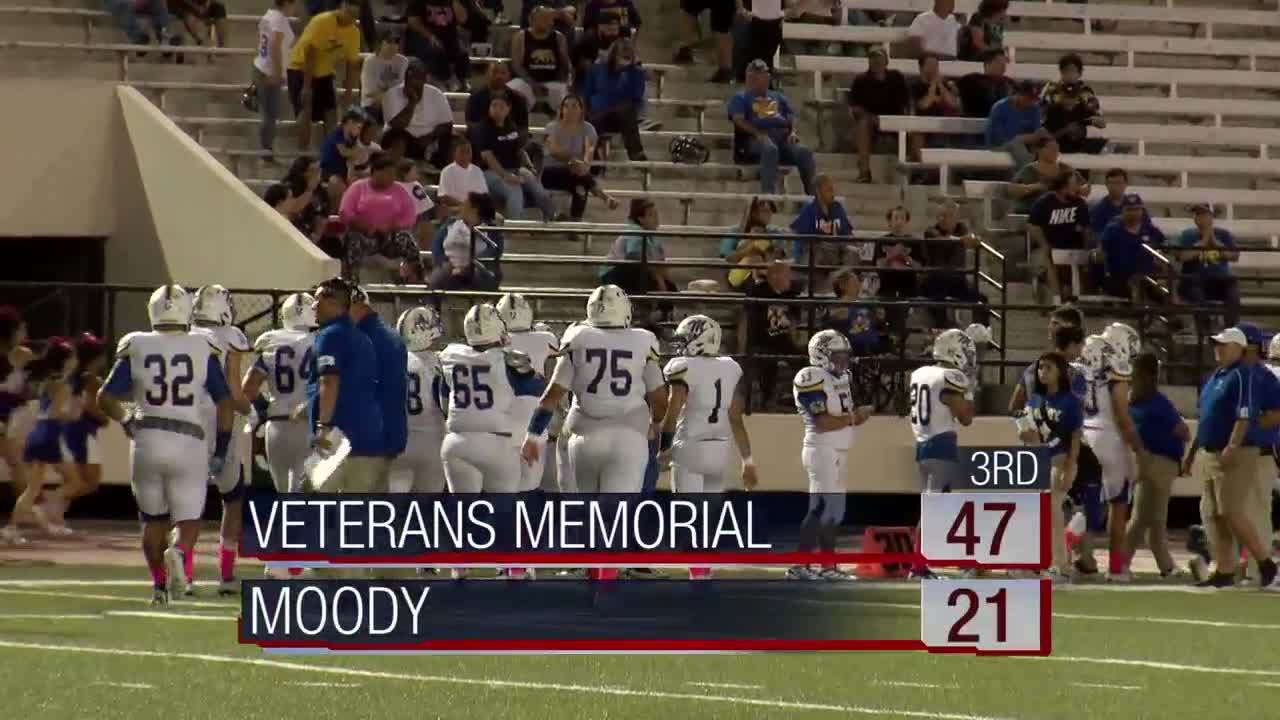 The Moody Trojans went head to head against Veterans Memorial in Week 7 of the high school football season Thursday Night.

The game was special over at Buc Stadium when Veterans Memorial faced off against Moody in a key District 15-5A Division I showdown.

Veterans Memorial at 2 and 1 playing host to the Moody Trojans who came in at 2 -2.

Both teams chasing unbeaten Flour Bluff and Miller in the district race.

The Eagles drove it down the field on their opening drive and capped it with a Cody Piper run around the left side. Piper scored the game's first points.

They missed on the two point try but had a six nothing lead.early in the game.

On their next possession they attempt to punt, a poor snap which resulted in disaster.

Moody gets tremendous field position inside the 15 yard line but the Eagles defense stiffens and gave no room to run.

The defense forced the Trojans into this 20 yard field goal attempt by Juan Pablo Rocha which he delivered.

Moody led 21 to 20 at halftime but the Eagles would pull away in the second half to post a 47 to 21 victory.