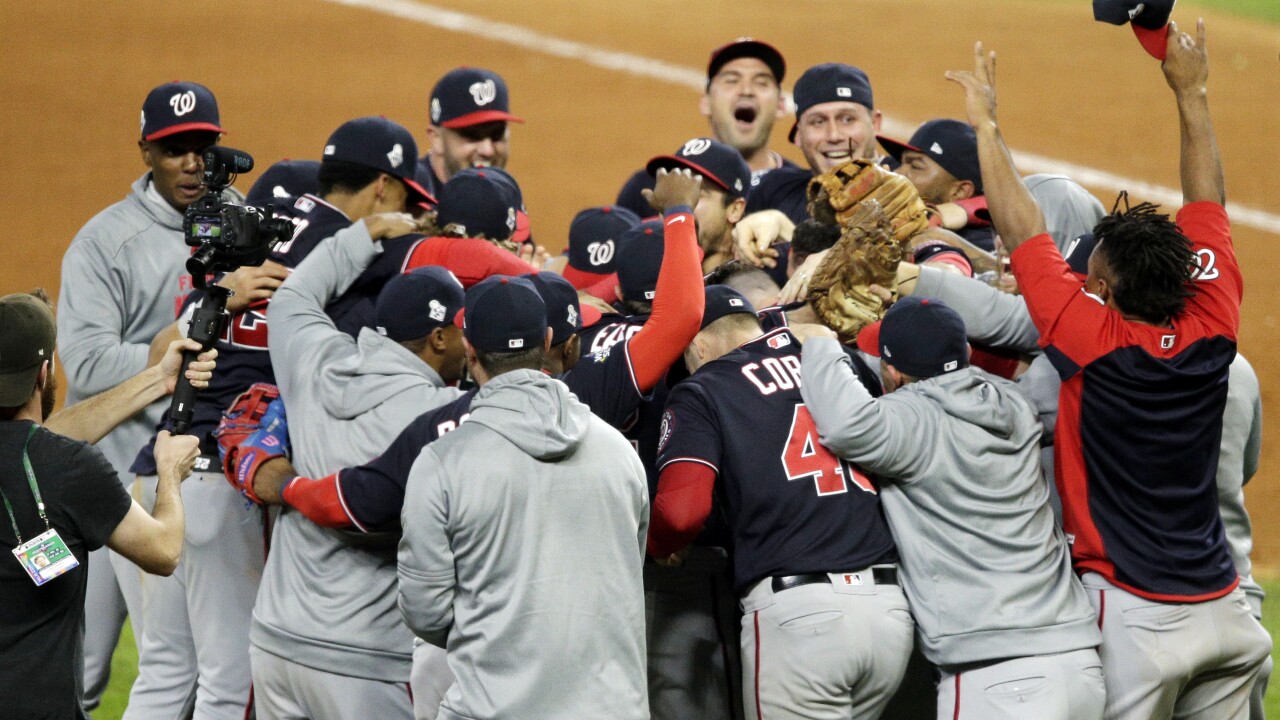 Bob Levey/Getty Images
HOUSTON, TEXAS - OCTOBER 30: The Washington Nationals celebrate after defeating the Houston Astros in Game Seven to win the 2019 World Series at Minute Maid Park on October 30, 2019 in Houston, Texas. The Washington Nationals defeated the Houston Astros with a score of 6 to 2. (Photo by Bob Levey/Getty Images) 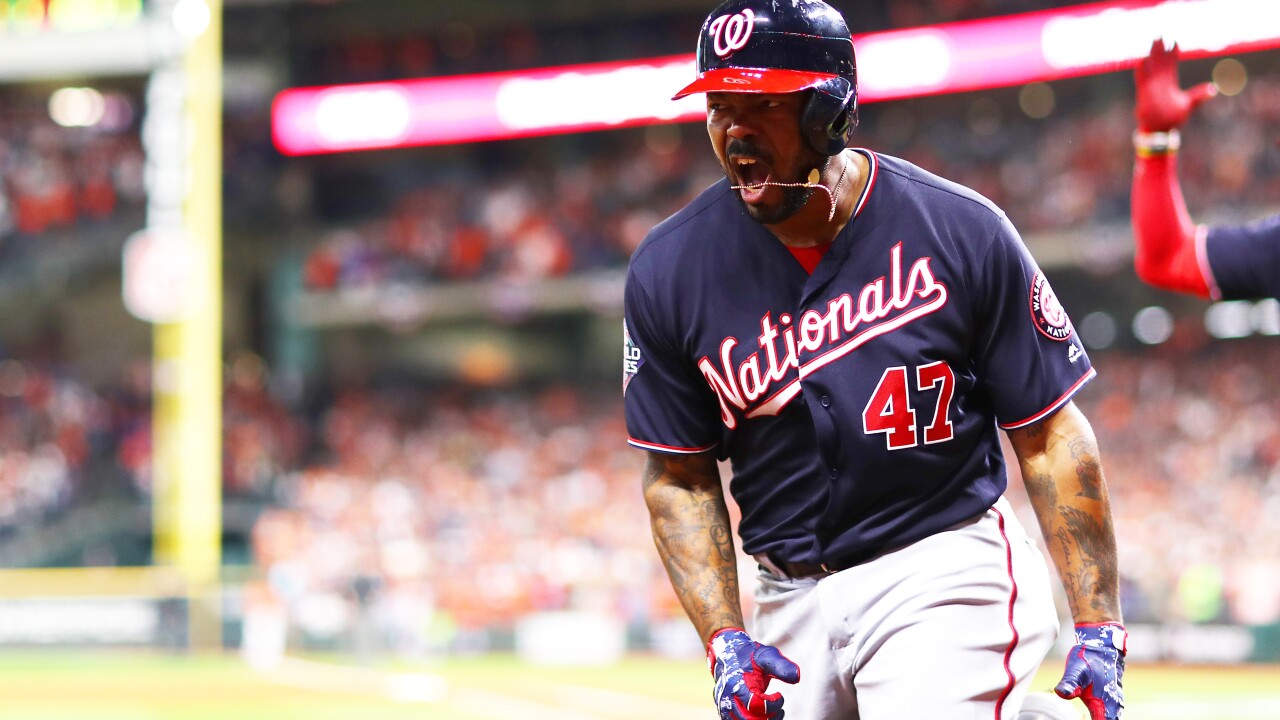 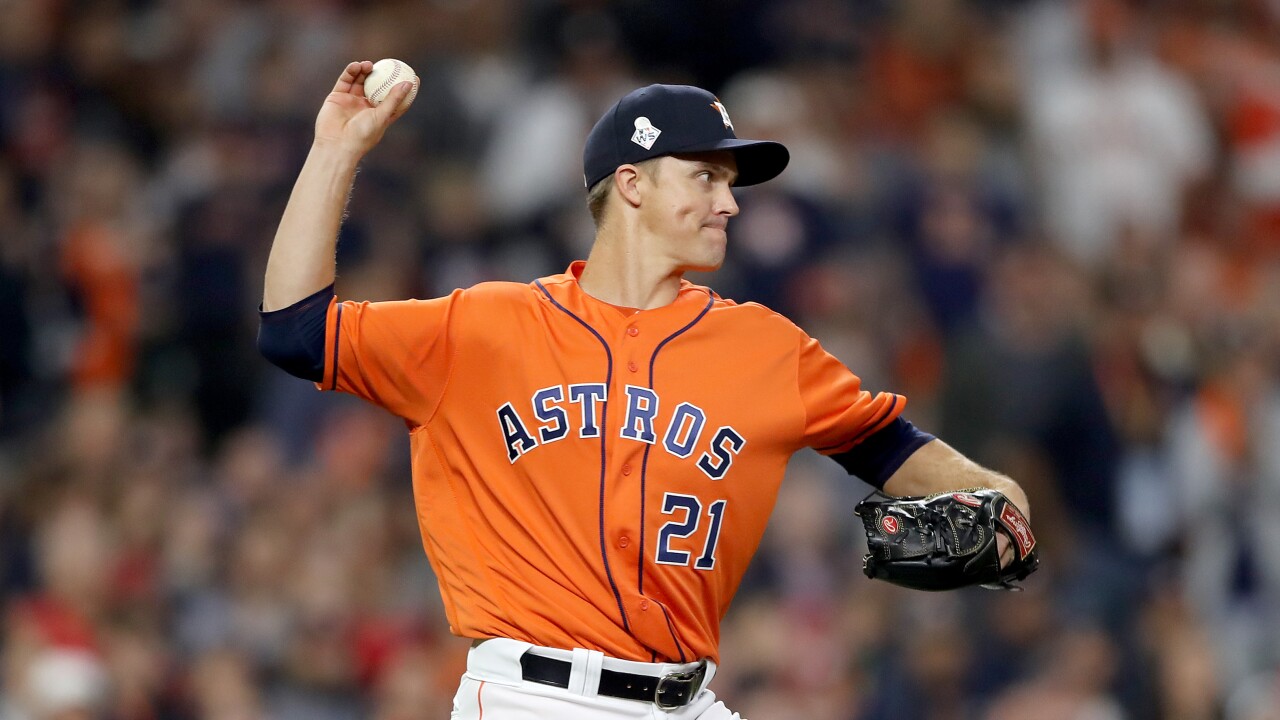 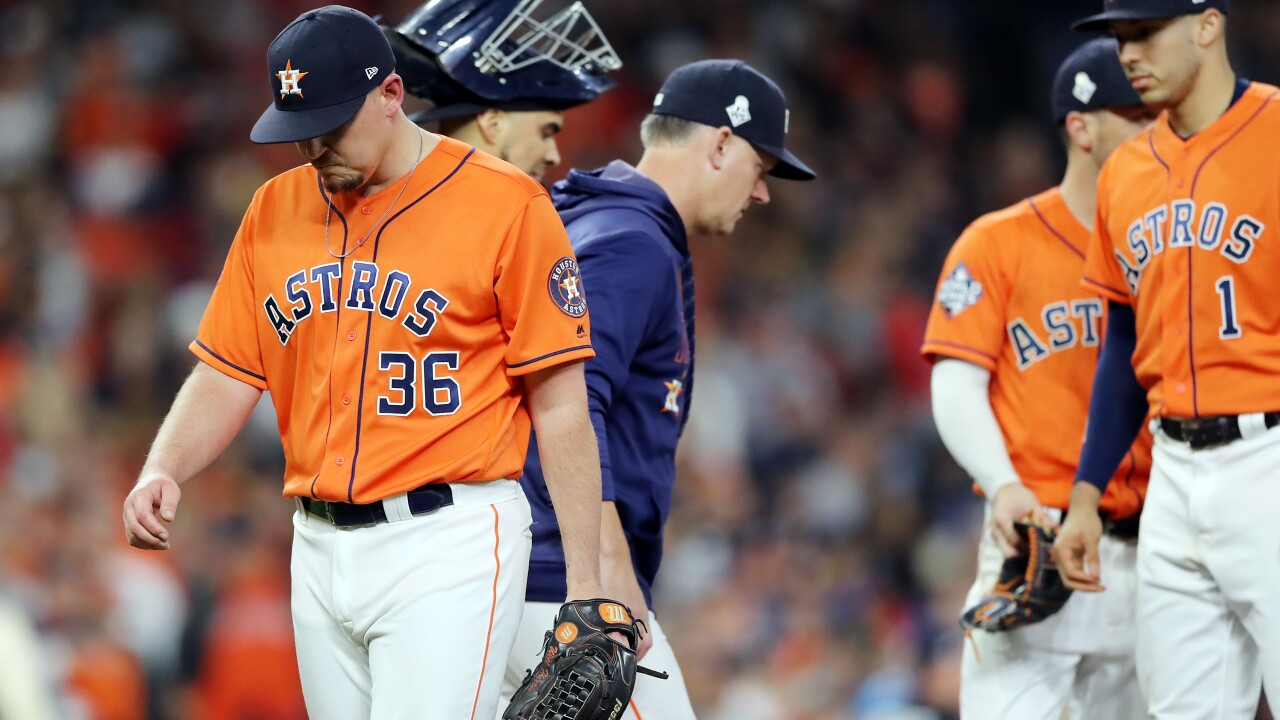 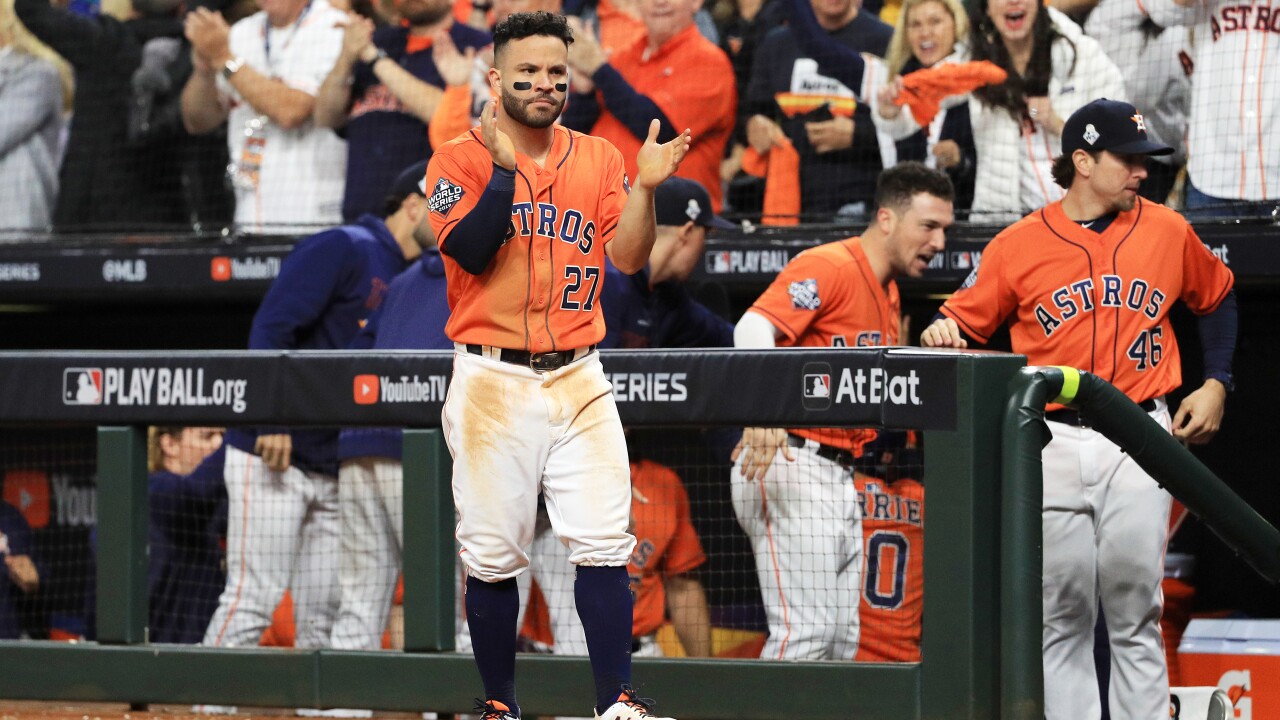 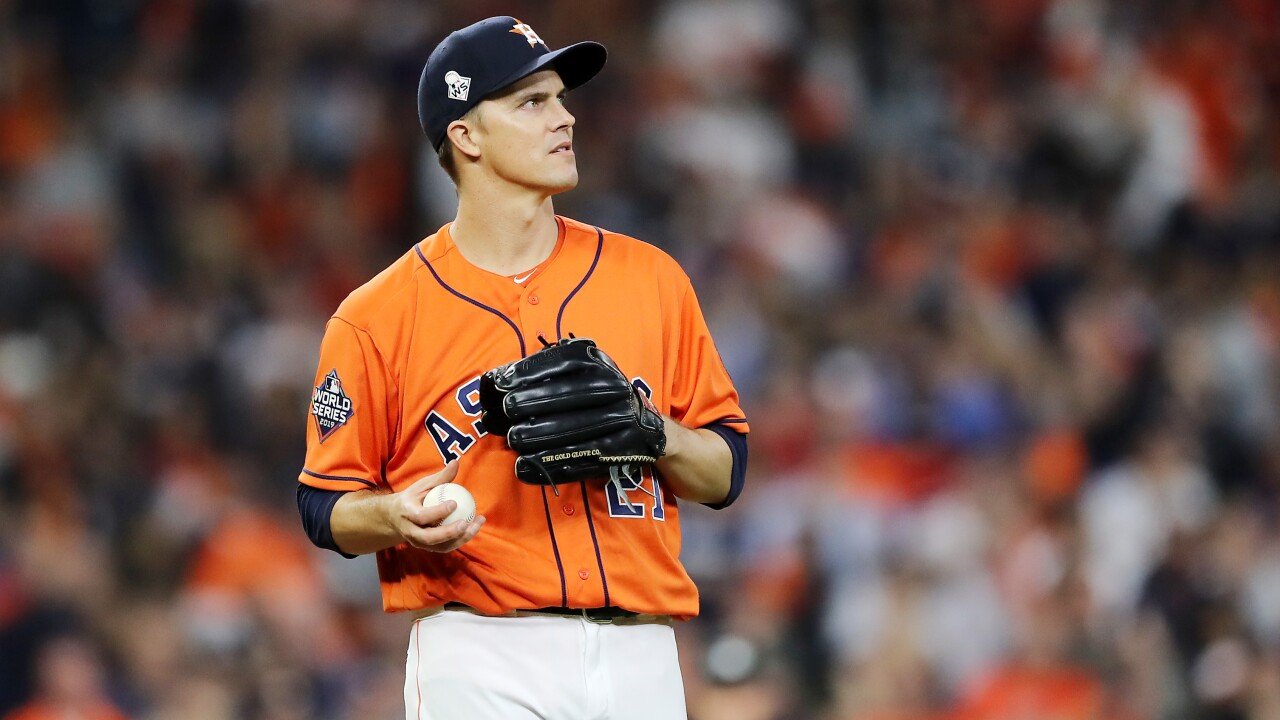 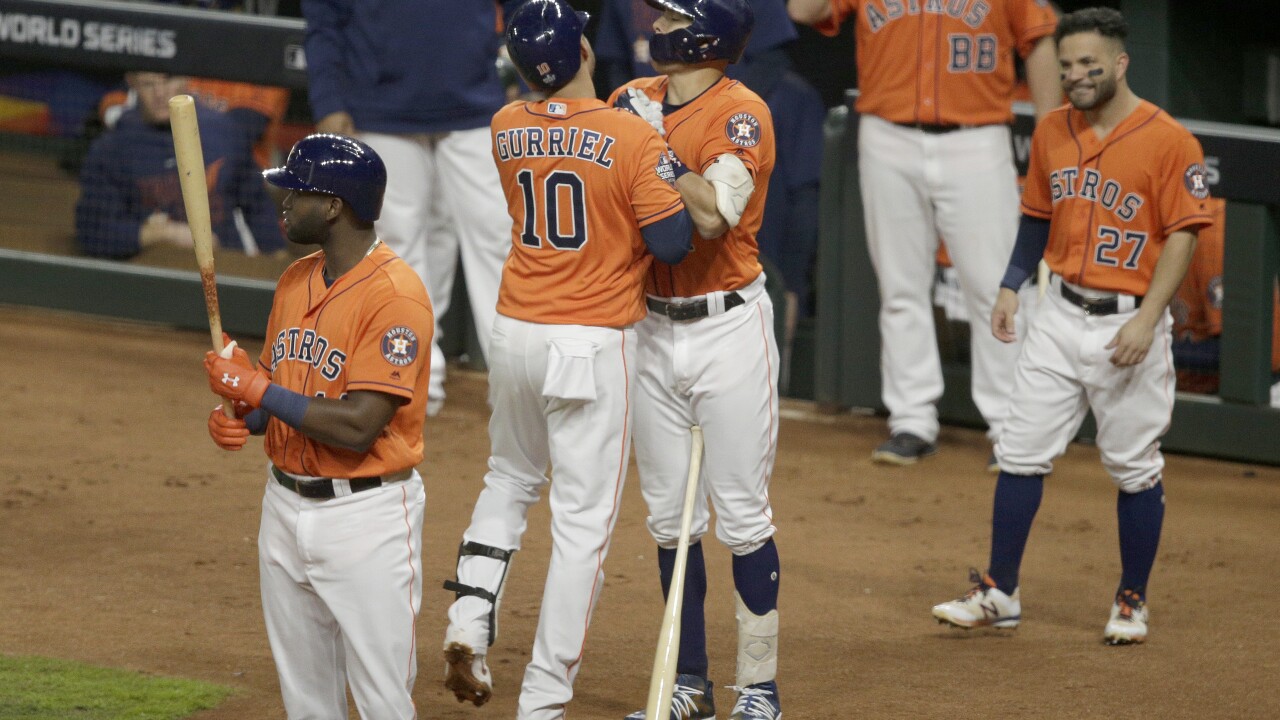 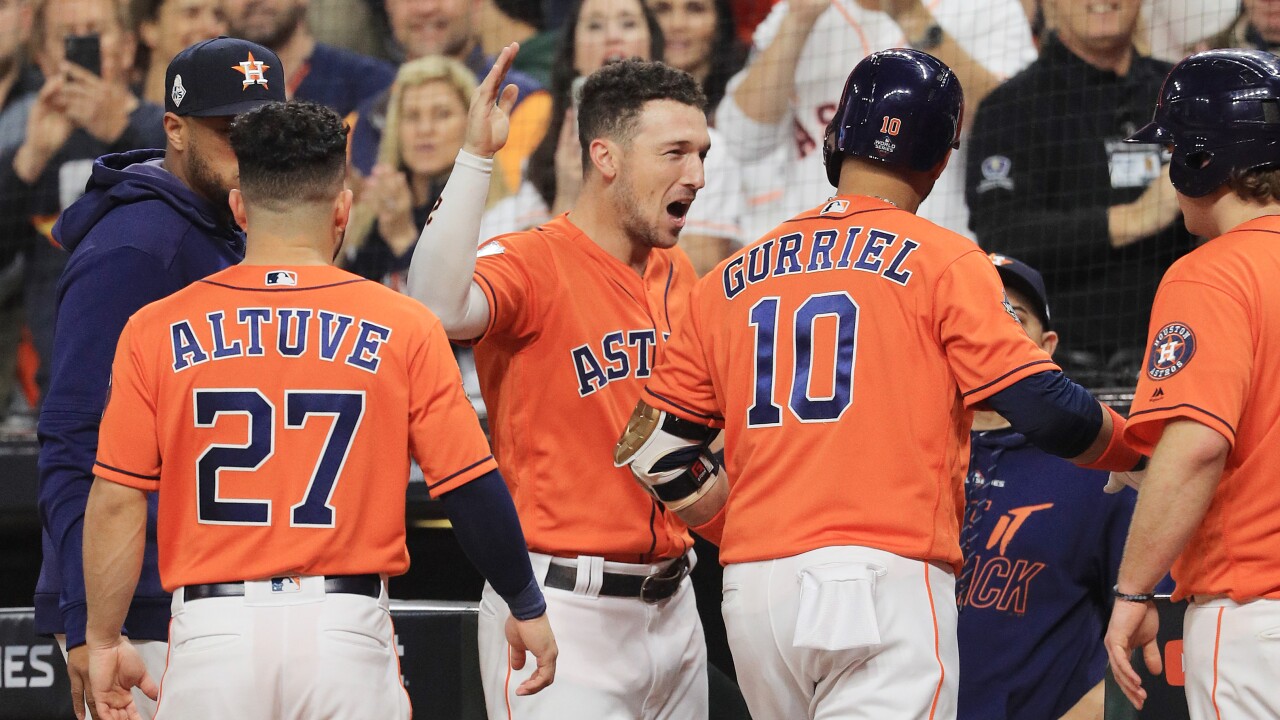 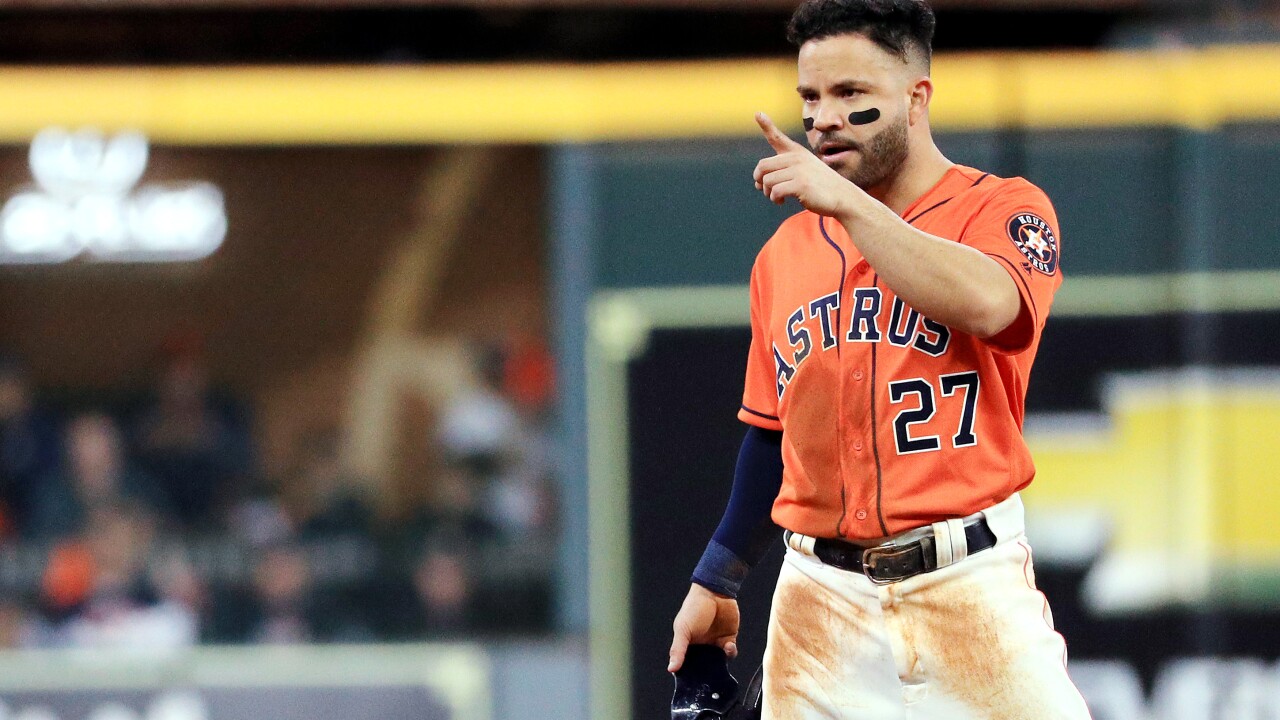 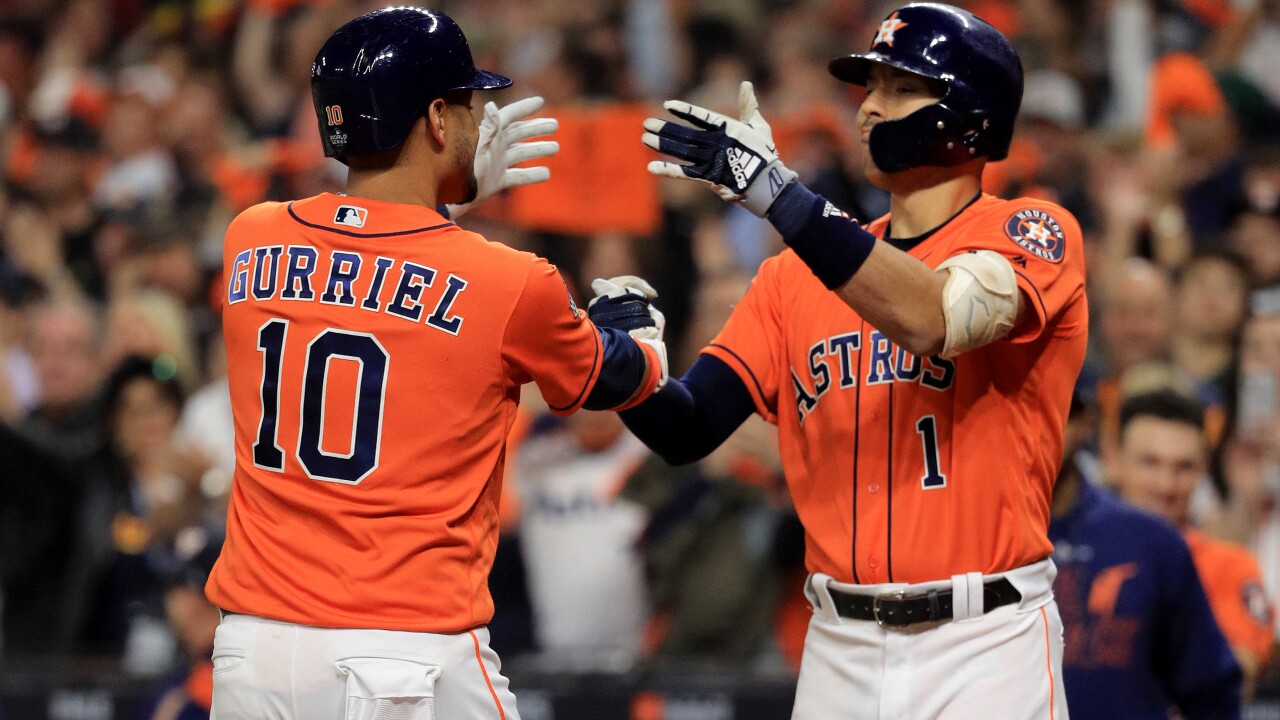 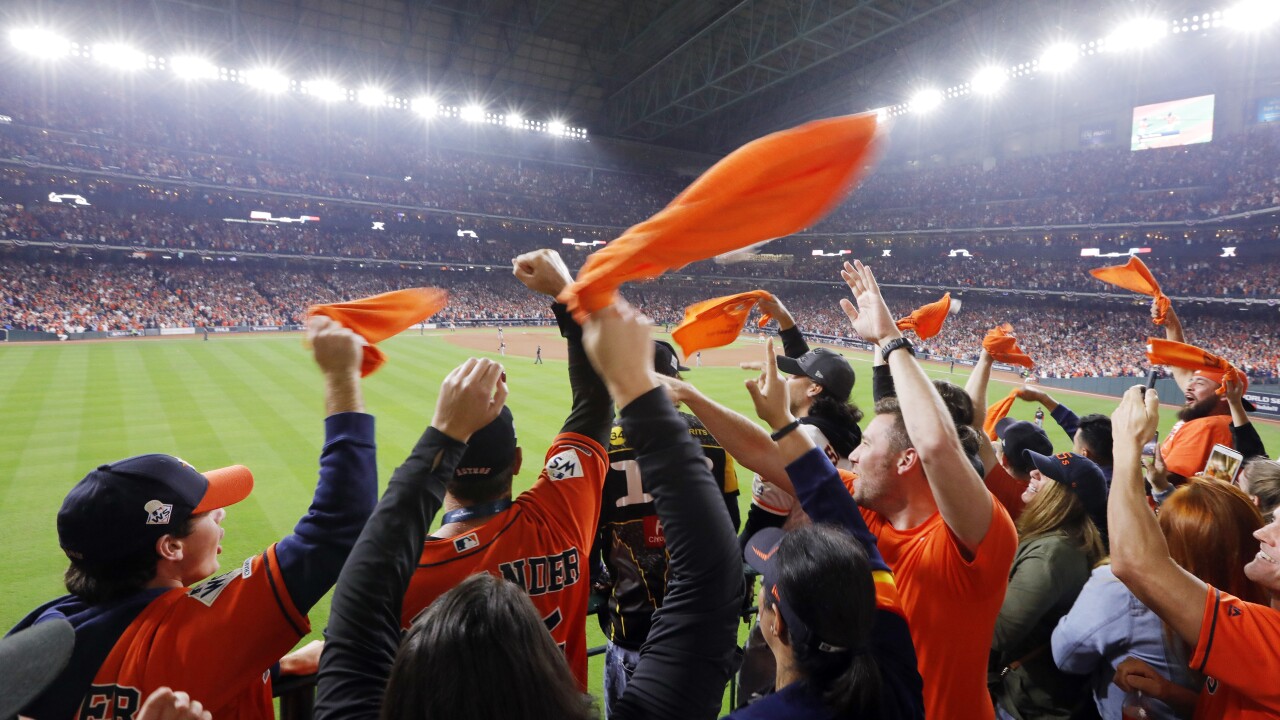 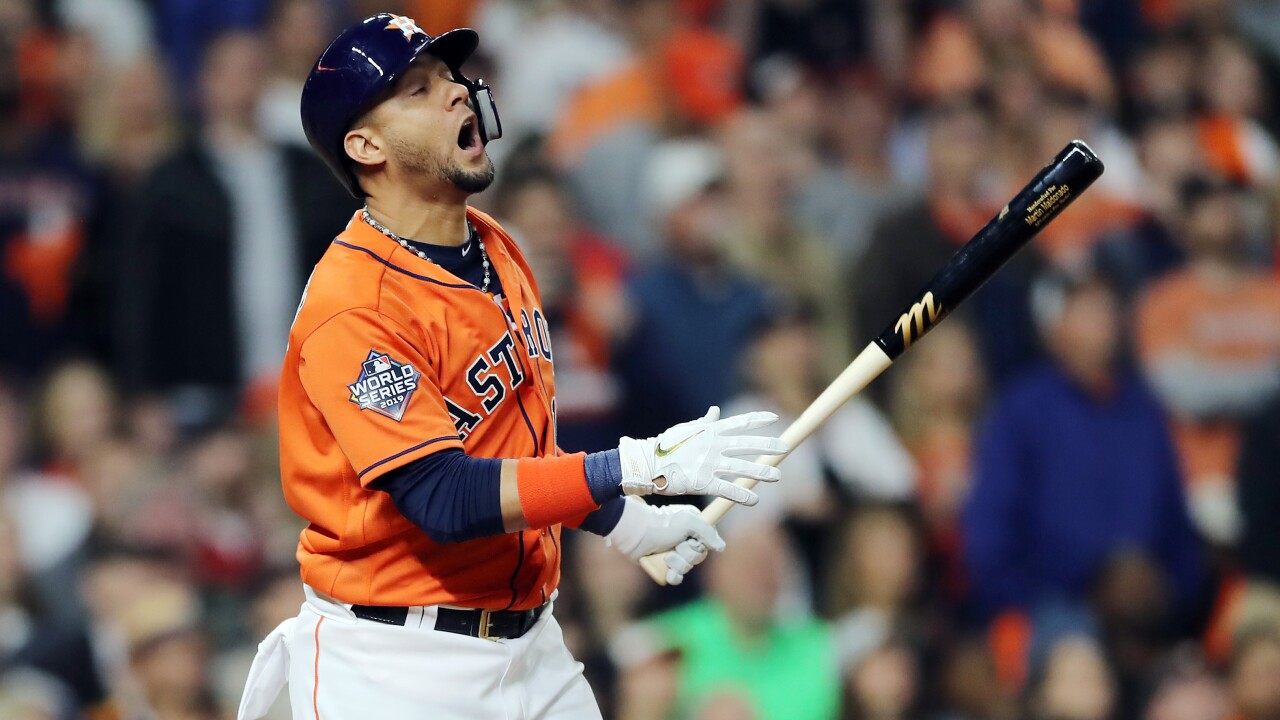 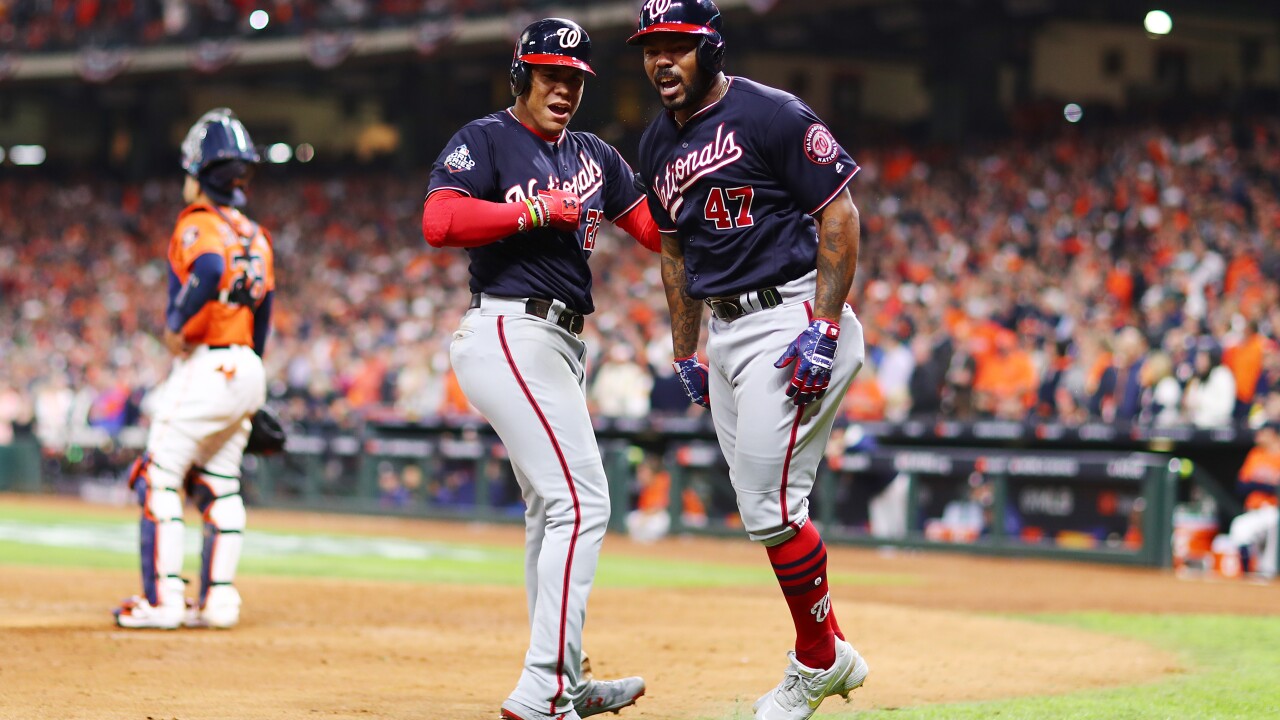 The sweatshirts they wore on the bench said it all.

The Washington Nationals truly finished the fight, charging back Wednesday night for a memorable World Series triumph over the Houston Astros.

Howie Kendrick's two-run homer off the right-field foul pole in the seventh inning pushed them ahead for good and pulled them to a 6-2 Game 7 victory. It capped a weird series where the road team won every game for the first time in the history of major North American team sports.

And most crushingly, it denied the Astros a chance to claim their second world title in three seasons.

Houston was done in by its lack of clutch hitting Wednesday night. The Astros collected nine hits but stranded 10 runners.

Kendrick was the MVP of the Nationals' National League Championship Series over St. Louis with a game-winning grand slam to finish that series. He came up even bigger on a bigger stage Wednesday night at Minute Maid Park.

It capped a remarkable turnaround for Washington, which struggled to a 19-31 start earlier this season that nearly cost Washington manager Dave Martinez his job.

Instead, the Nationals kept winning when they had to. Wednesday's victory was their fifth victory in an elimination game during the postseason. They trailed in all five of them.

The Astros had a 2-0 lead in the seventh inning as starter Zack Greinke had limited the Nationals to one hit to that point of the game. But after Anthony Rendon homered and Juan Soto walked, Houston manager AJ Hinch pulled his starter.

His strategy backfired when Kendrick greeted reliever Will Harris with the go-ahead home run that hit the right-field foul pole.

Washington extended the lead in the eighth on a two-out RBI-single by Soto. It marked another clutch hit for the Nationals, who scored 15 of their 30 runs in the series with two outs.

Adam Eaton iced the victory with a bases-loaded, two-run single in the top of the ninth inning.

The Astros, who recorded the best record in baseball during the regular season, finished the season by losing all four home games in the series and twice whiffing on closeout games at Minute Maid Park where they were ahead early in the game.

Houston jumped ahead in the second inning after Yuri Gurriel homered off a 2-1 slider deep into the Crawford Boxes in left field off Washington starter Max Scherzer.

The Astros were getting runners on base early and stranded seven runners in the first four innings, going 0-for-7 with runners in scoring position during that span.

They finally broke through in the fifth inning when Carlos Correa delivered a two-out RBI-single off third baseman Anthony Rendon's glove for a 2-0 advantage.

Houston native and former Rice standout Rendon hammered his second homer in two nights with one out in the seventh, pulling the Nationals within 2-1.

It was a dream pitching matchup as it was the first World Series Game 7 to feature former Cy Young winners as opposing starters with Scherzer and Greinke matching pitches.

The victory enabled Washington to bring the first World Series title back to the national capital for the first time since 1924, when the old Washington Senators and Hall of Fame pitcher Walter Johnson claimed the crown.