Not so fast: Nationals storm back to force Game 7 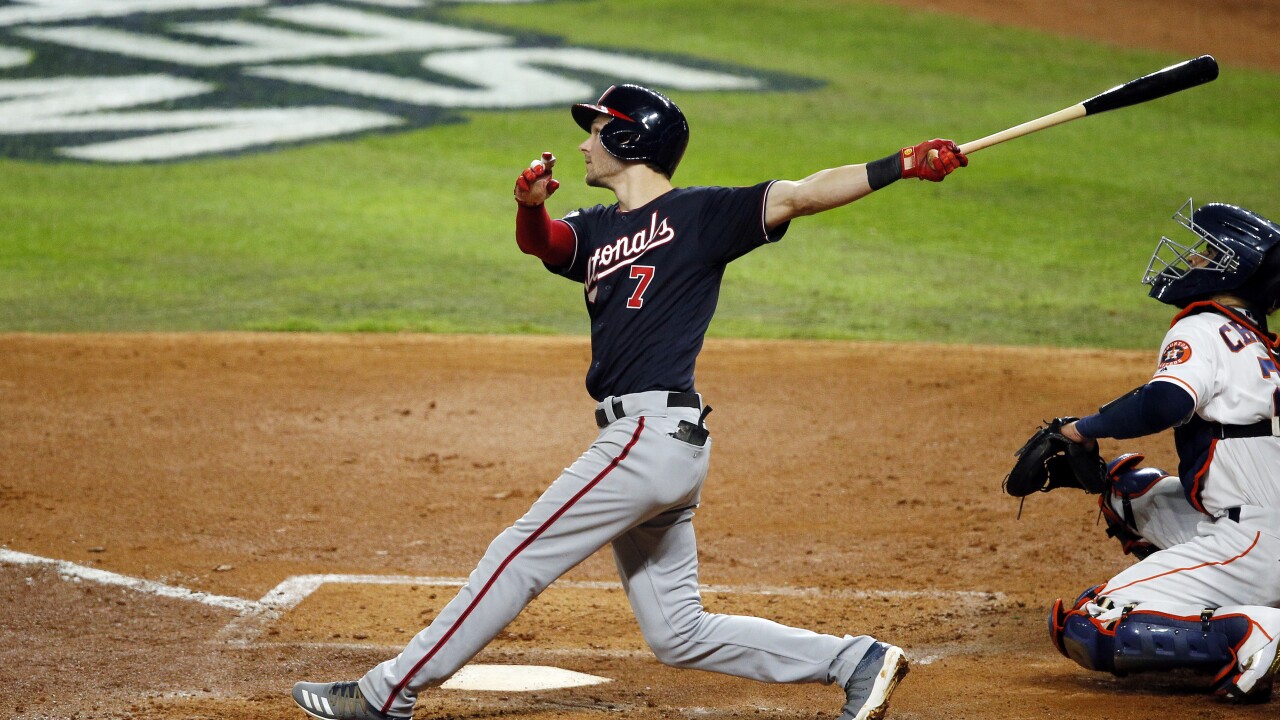 Bob Levey/Getty Images
HOUSTON, TEXAS - OCTOBER 29: Trea Turner #7 of the Washington Nationals flies out against the Houston Astros during the third inning in Game Six of the 2019 World Series at Minute Maid Park on October 29, 2019 in Houston, Texas. (Photo by Bob Levey/Getty Images) 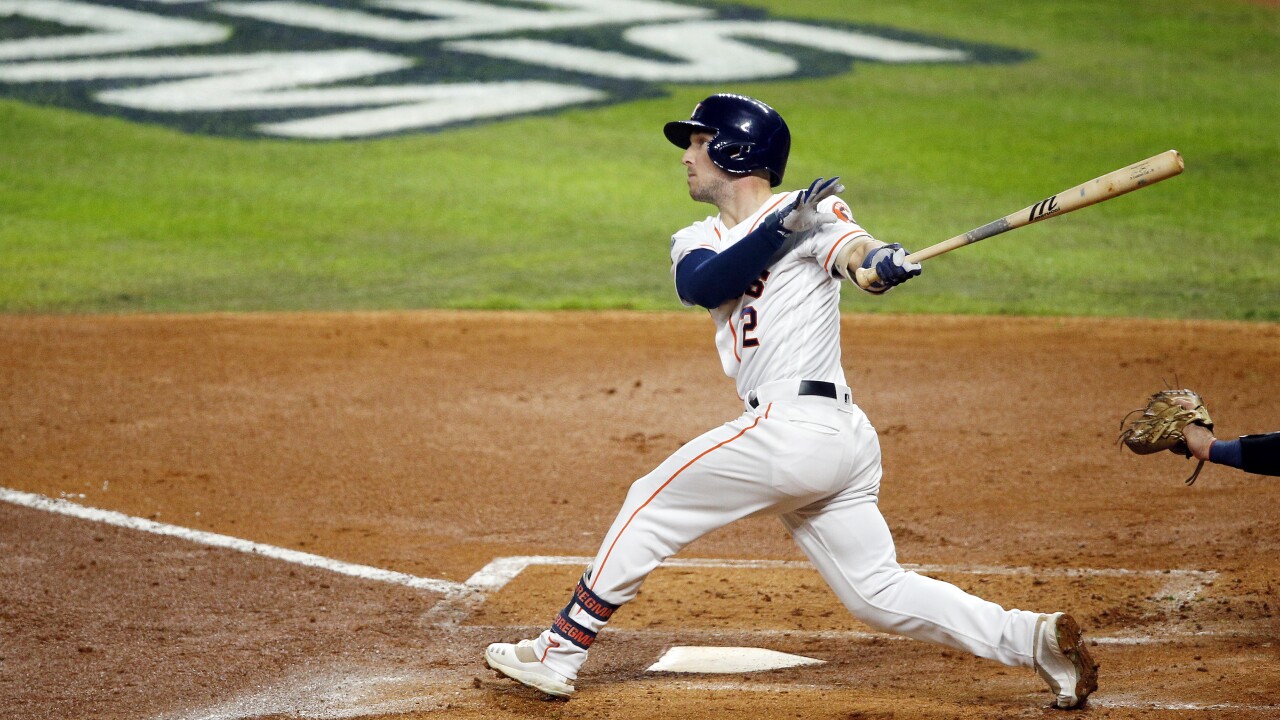 The World Series continued to be a bad place to be a home team.

Washington charged back from an early hole to claim a 7-2 Game 6 victory Tuesday night over the Astros and even the best-of-7 series at three games apiece.

It means there will be a winner-take-all Game 7 Wednesday night at Minute Maid Park in Houston. Starting pitchers will be Max Scherzer for Washington and Houston's Zack Greinke.

It continued a bizarre streak in the series unprecedented in major North American professional sports history where road teams winning the first six games of a series. That has never been seen in any of the three major professional sports -- baseball, basketball or hockey -- that feature seven-game series.

The Nationals blasted three home runs to snap a three-game losing streak in the series, getting shots from Anthony Rendon, Adam Eaton and Juan Soto to power their way into Game 7.

The clinching shot came in the seventh from Rendon, a Houston native and former Rice University standout, against Houston reliever Will Harris, who had not allowed a run in 10 previous postseason games in 2019 before Tuesday.

Rendon iced the victory with a two-run double in the ninth inning that finished the scoring. He collected five RBI in the game.

It supported the strong pitching of Washington starter and winning pitcher Stephen Strasburg, who scattered five hits in 8 1/3 innings to claim his second victory of the series. Strasburg walked two and struck out seven in a scintillating 104-pitch effort, pushing his postseason record to 5-0 this season.

The Nationals knocked out Houston starter Justin Verlander after five innings, dropping his career World Series record to 0-6. They took the lead against him in his final inning when Eaton and Soto both homered, giving Washington a 3-2 lead it never relinquished.

It continued a remarkable early power surge for Soto, 21. He now has five homers this postseason, breaking a tie with Miguel Cabrera (2003) for the most home runs in postseason history by a player age 21 or younger.

Soto is also the youngest player to hit three homers in a single World Series.

Washington jumped to a quick 1-0 in the first inning on a two-out single from Rendon. But the Astros claimed the lead in their half of the inning. George Springer doubled, advanced on a wild pitch and scored on Jose Altuve's sacrifice fly -- his first RBI of the series. Alex Bregman added a homer later in the inning to boost the Houston lead to 2-1.

It continued Houston's recent history of fast starts during the postseason at home. The Astros have scored 13 runs in the first inning in the playoffs.

Houston was looking for any bit of good karma it could find after losing the first two games of the series in Houston. The Astros trotted out iconic basketball Hall of Famer Hakeem Olajuwon to throw out Tuesday's first pitch to former University of Houston and Houston Rockets teammate Clyde Drexler.

Washington will try to turn around some bad history Wednesday as they attempt to become the first Washington-based team to win a World Series title since the 1924 Washington Senators. The Nationals, who originally began play as the Montreal Expos in 1969, have never won a World Series championship.

Houston has lost three games in a row at home for only the second time this year.