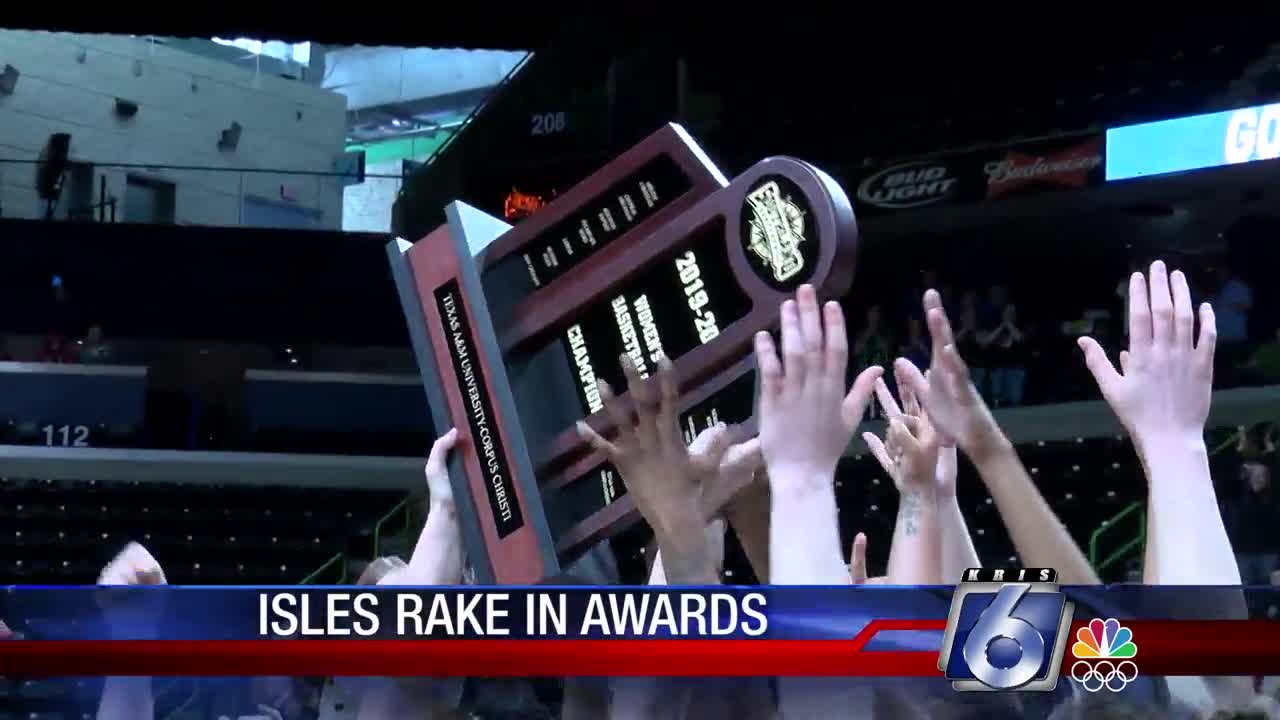 CORPUS CHRISTI, Texas — When you win a conference championship, the postseason awards start flooding in. Such is the case with the Islander women's basketball team.

Four players have been named to all Southland Conference Teams, including forward Alexis Bryant who has been chosen the conference defensive player of the year.

Another big award announced today is Royce Chadwick for coach of the year.

"Well, there's a fine line," said Chadwick. "We have a whole week, what do you do for your week off? You don't want anyone to tweek anything but yet you want to be sharp and you want to go through your regular practice routine. Our players have basically said we want to play games so we will probably tip it up and scrimmage a little bit later in the week so the players will feel like they are getting into the spirit of playing march madess games >

The ladies will be heading to Katy, Texas.