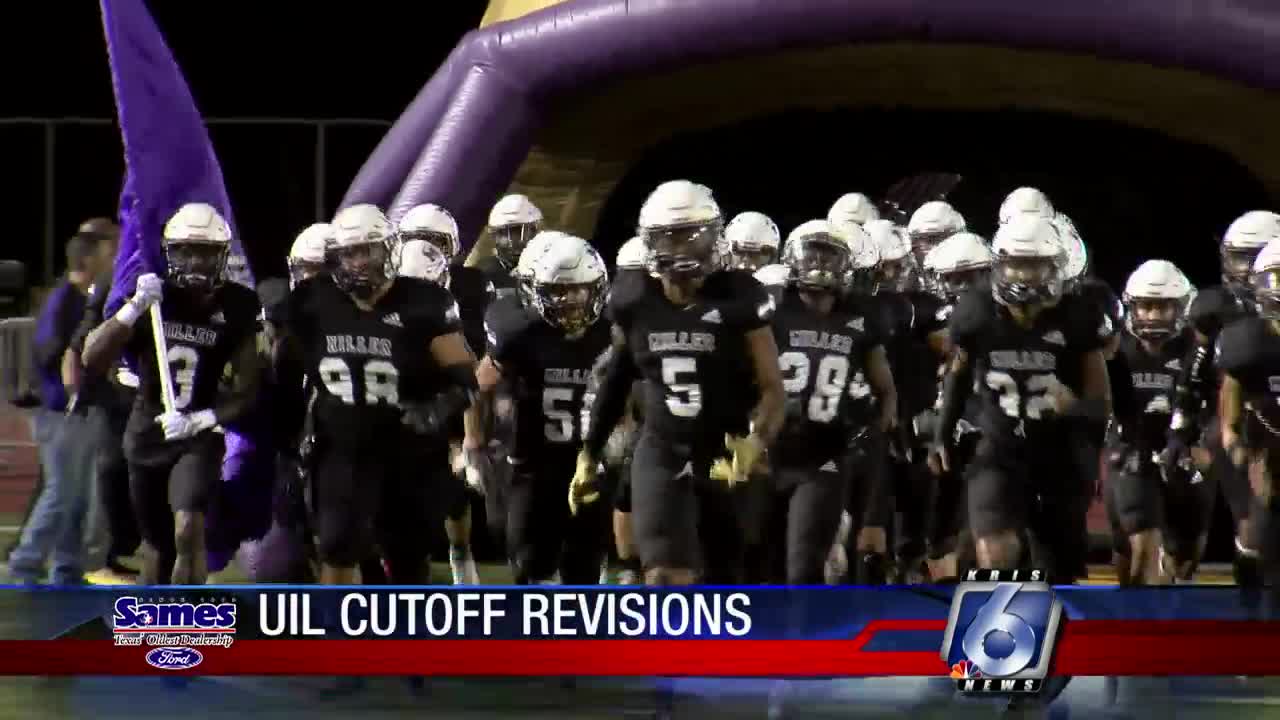 The UIL has adjusted the enrollment cutoff numbers in regar d to their bi-annual realignment. https://www.kristv.com/sports/high-school-sports/uil-alignment-tweaks-surprise-several-area-coaches 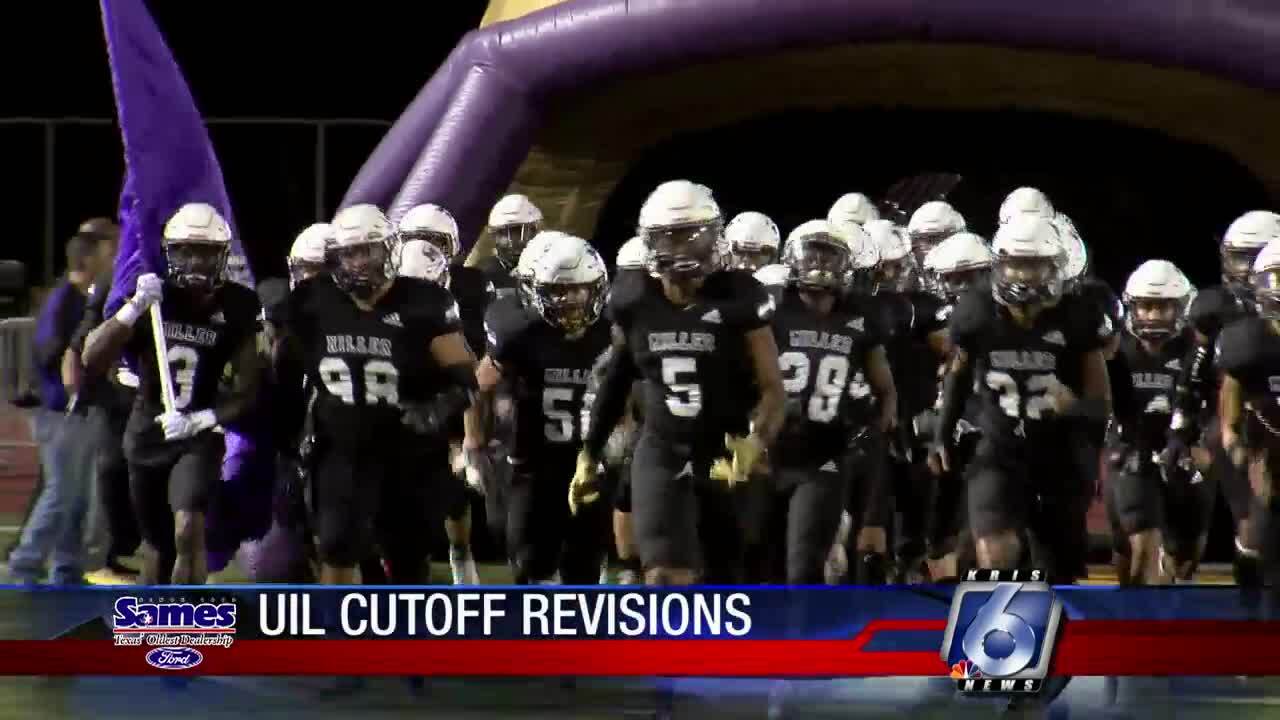 CORPUS CHRISTI, Texas — The UIL has adjusted the enrollment cutoff numbers in regard to their bi-annual realignment.

The new revisions will have a significant impact on some of our area schools.

The Miller Bucs originally were going to stay in Class 5A. But their current enrollment pushes them down to Class 4a Division I. They can still opt to move back up and play with the other five CCISD schools. We’ll have to wait to see what Miller’s decision will be.

The Alice Coyotes will also be moving down to Class 4A Division I. They were originally slotted to stay Class 5A. But Alice coach Kyle Atwood told me he was really surprised by today's revision.

And the Gregory-Portland Wildcats were originally slated to play in Class 5A Division II. Now, they have opted to move up and compete in Division I instead, the same as five of the six CCISD schools.

Coach Rick Rhoades says it was important for his school to move back to Class 5A Division I.

”If we didn't opt up then we had a really good chance of playing in a district in or past San Antonio,” Rhoades said. “It just did not make sense to me when it came to transportation costs and the amount of time kids would be out of class. Why travel all the way to San Antonio when we can cross the bridge and plays schools that basically have Division II enrollment.”

Rhoades’ rationale certainly makes a lot of sense. By the way, none of this will be official until Feb. 3. Obviously, a lot can still happen between now and then and we’ll keep you posted.