Spurs, Warriors and Bears, oh my! 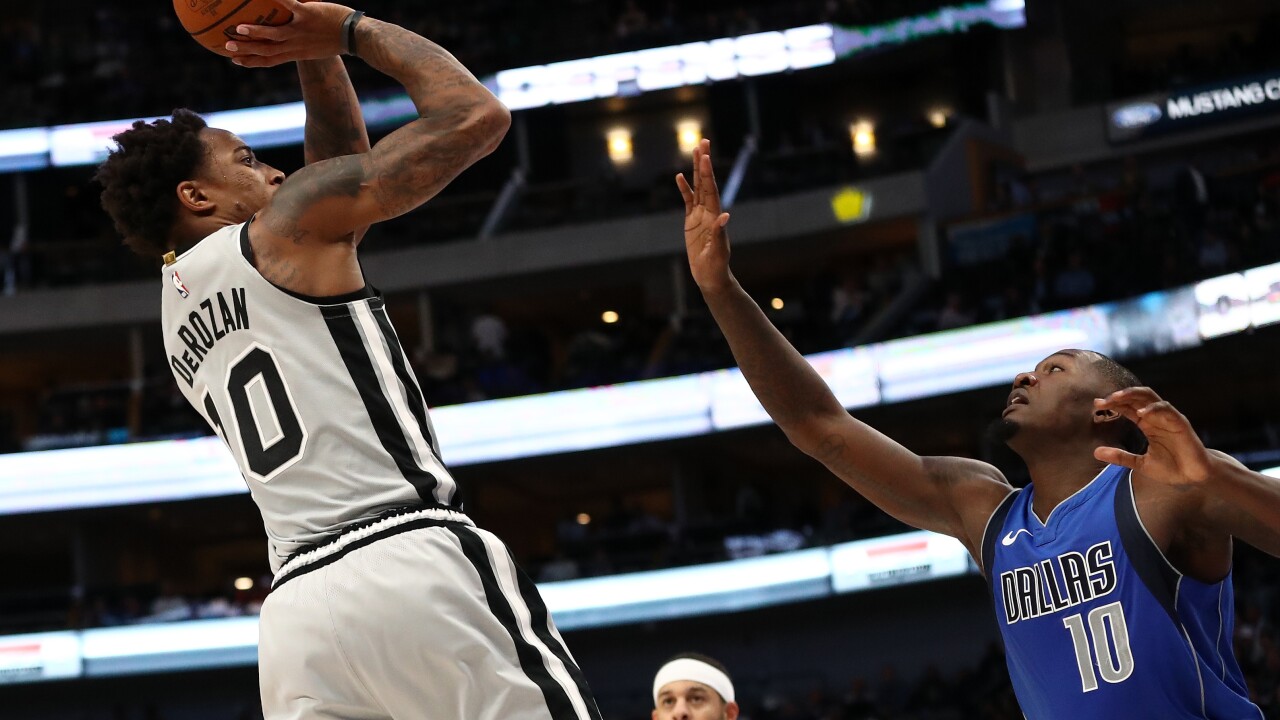 Ronald Martinez/Getty Images
Local high school basketball fans will get to see DeMar DeRozan and the Spurs take on the L.A. Clippers on Friday night.

CORPUS CHRISTI, Texas — Depending on their how they look at it, Tuloso-Midway and West Oso fans either bought tickets to a boys' high school basketball game and get a bonus Spurs game out of the deal, or vice versa.

The Warriors and the Bears are set to face off at 12:30 p.m. on Friday at the AT&T Center, and Tuloso-Midway boys head basketball coach Tres Garcia said the team received 150 tickets to the game to sell. Fans who bought the tickets get to watch their favorite T-M player and then come back at 7:30 p.m. to watch the Spurs take on the L.A. Clippers and so do the West Oso and Tuloso-Midway teams and coaching staffs.

It's a game Garcia said he tries to schedule as often as possible with the Spurs organization. It's just a matter of getting a date that works for everyone.

"We just call the Spurs representative and set it up," Garcia said. "This year (West) Oso actually set it up. I was trying, but the team I was playing couldn't do it. West Oso had a team, but they backed out, so they called me and I said 'Let's do it.' "

He said his Warriors are excited for the opportunity.

"They've been waiting for tomorrow," he said. "(I'm) just hoping they didn't eat too much turkey."