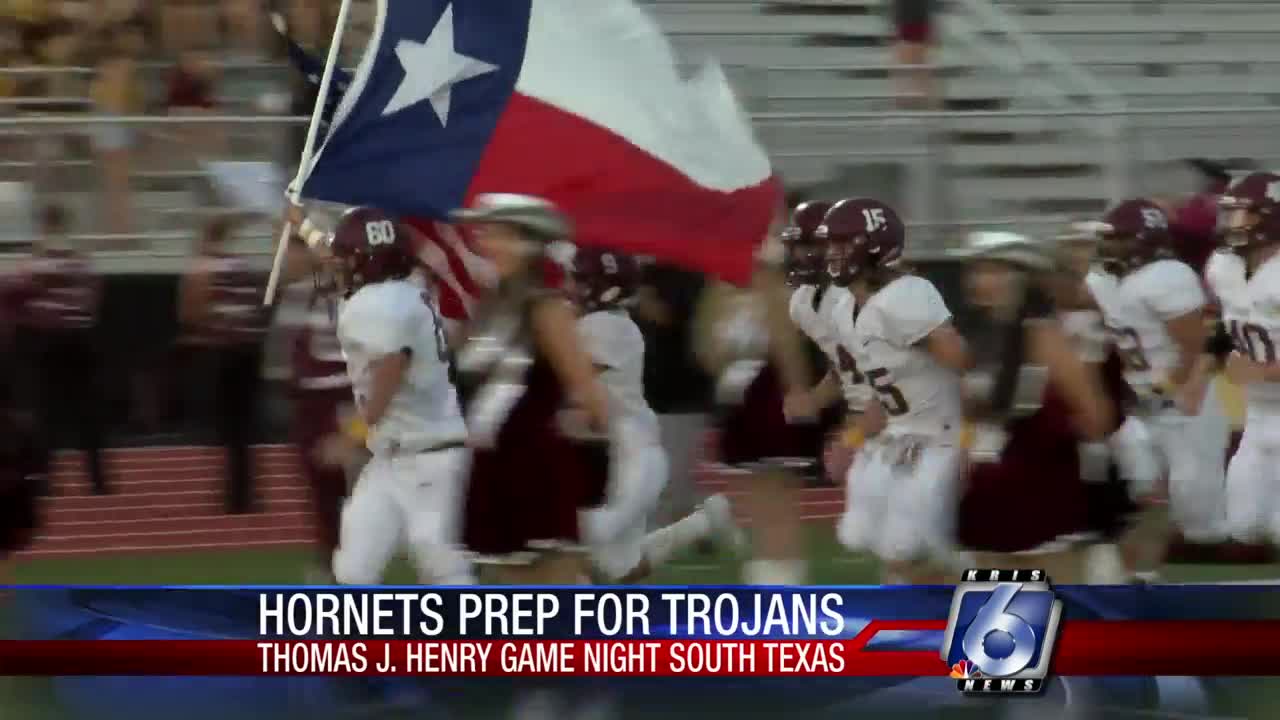 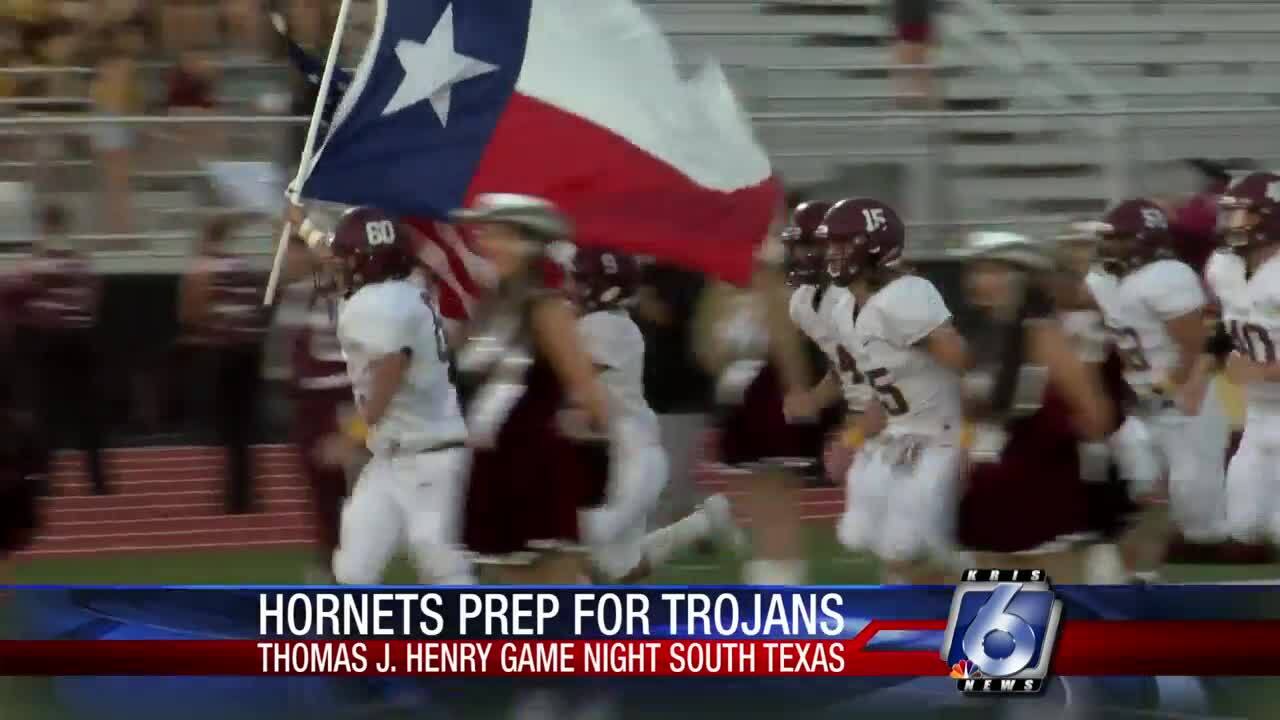 And it's a really big one in District 15-5A Division I.

Moody and Flour Bluff both are riding a lot of momentum.

The Bluff is coming off a shutout win over Vets and a really good win over Ray last Friday.

So they are rolling right now..

They get a moody team that has won two in a row and possess a really good running game...

We talked to the Hornets about trying to stop or slow down that big threat.

“Moody runs the Slot-T offense,” Steinbruck said. “They will have a lot of plays based on misdirection so it's very important that our defense keeps their eyes on their key. We have to play disciplined football. Everybody has to do their job – all 11 guys on the field - and that's the thing with them. All their different fakes and misdirections. We must do our jobs.”

“Our D-line and front seven, we are pretty dominant in all of South Texas,” defensive lineman Isaiah Alday said. “I think they have a very good offense running the football, but we're going to go in there with our head held high and try to dominate.”

Despite Moody’s run-heavy attack, Flour Bluff linebacker Diego Delgado is excited about the challenge of stopping them.

“They do like to run the ball down the field and play hard knocks football but I feel really confident in the game plan we have,” Delgado said.

Steinbruck is concerned about his special teams play after struggling last week.

“I think in every phase of the game we have shown that we are a very good football team,” Steinbruck said. “We did have a punt blocked last week which we can't have. We have worked hard to clean that up.”

The Flour Bluff-Moody game will be at 7 p.m. Thursday at Buc Stadium. We’ll hear from the Trojans tomorrow.