At 24 years old, Morgan Hale has earned her first head coaching job. She learned from the best, her father Steve Hale, also a girls basketball coach at Ingleside High School.

Both coaches have been preparing for the regular season, and now will face each other for the first time in Tuesday’s scrimmage.

Morgan Hale says her father, is her “hero.” She says he’s the reason she became a coach in the first place.

“I can’t imagine my life without basketball,” says the former Rockport-Fulton guard. “And his passion for it, just made me fall in love with the game.”

Morgan played basketball her entire life. So did her brothers, Colin and Stephen.

“He taught me everything I know,” Morgan said. “And I contribute every single thing that I did from middle school all the way to my college career to him. I consider him my coach, my whole life.”

Today, her dad learns from his daughter.

“We sit down and have conversations with a dry erase board,” Steve Hale said. “She sits down and draws things up and I say, “Can you help me do this?’ “

Morgan says it was her relationship with her dad that got her through everything.

“I don’t know how many times he’s rebounded for me,” she says about their times shooting around. But they’ve also traveled while scouting schools.

Engaging in conversations about football over a cup of coffee is what she’ll remember most.

It was this relationship that helped guide her down the coaching path.

First, as a nursing major in college, she realized that career choice would not make her happy,

“I stopped running from it.” Morgan said. “That first semester in college I knew that I wanted to be a coach…I couldn’t imagine my life any other way.”

With help from her father, and the hard work put in, Morgan soared to become a 15-5A girls basketball head coach at the age of 24.

Although schedules don’t include a regular season game between the two schools, both coaches decided to scrimmage each other before the regular season.

Both hope their teams will meet in a regular season game next year.

Their rule for this years scrimmage: no trash talking. 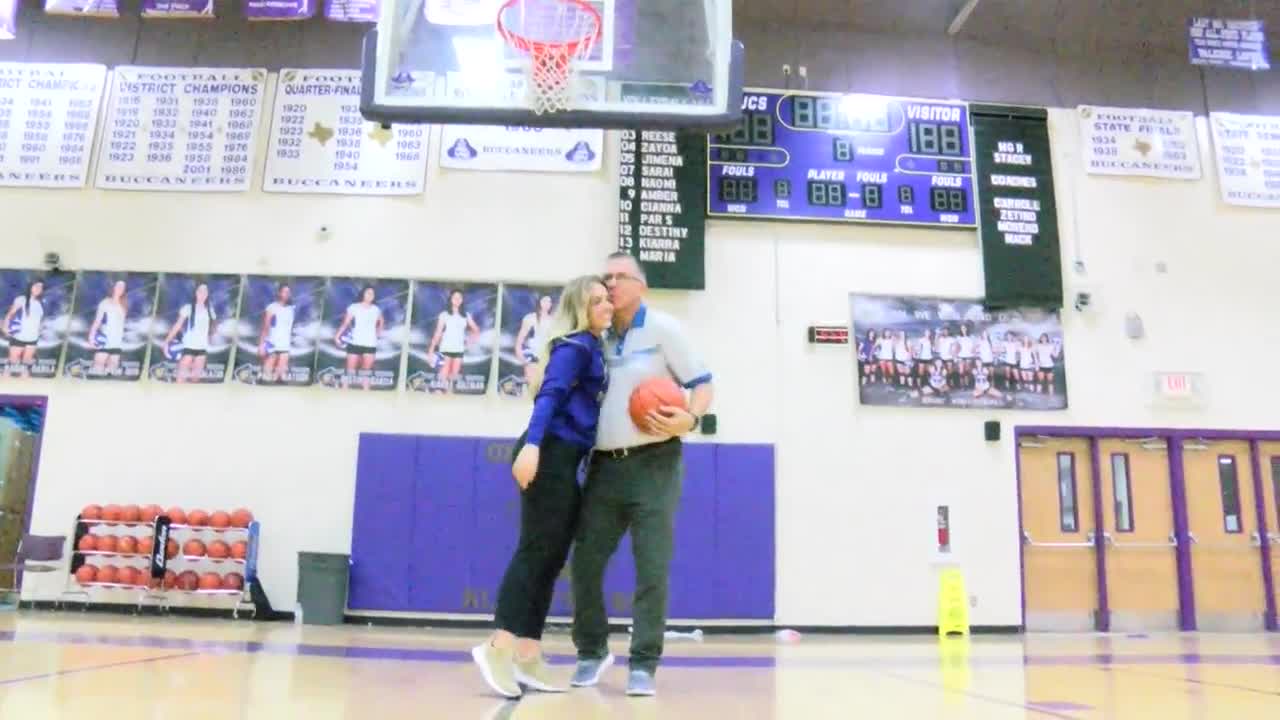