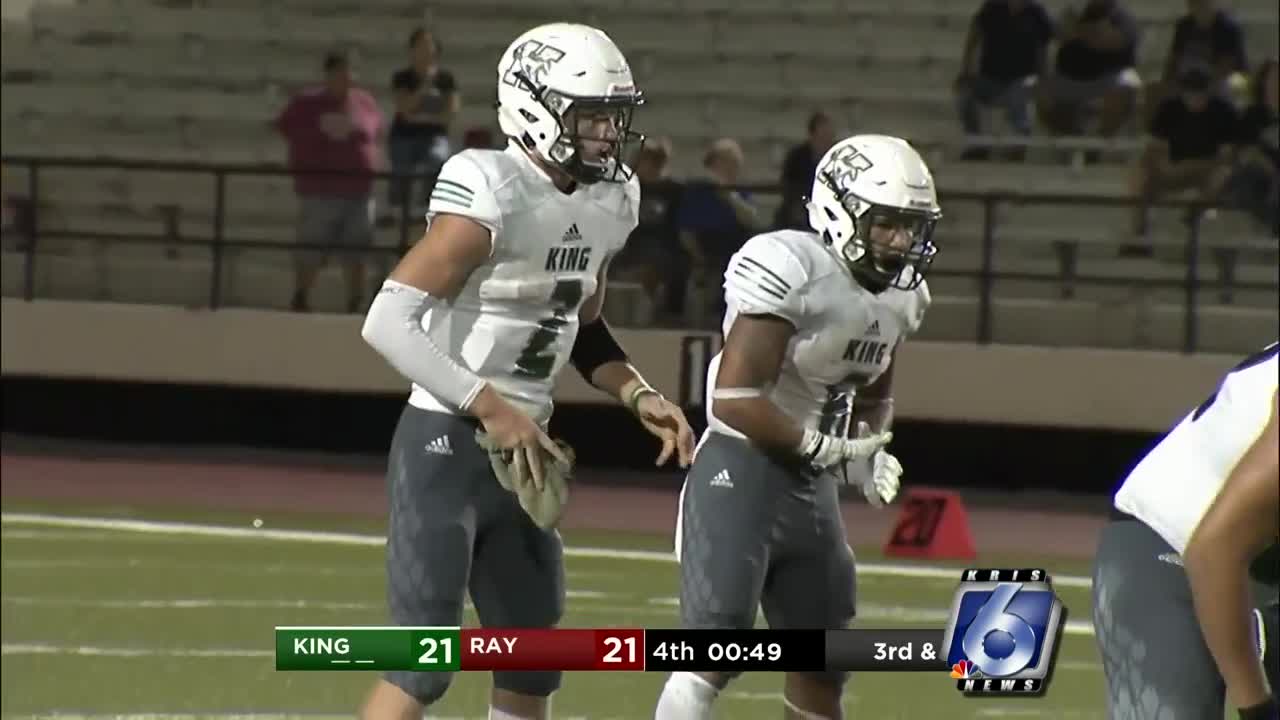 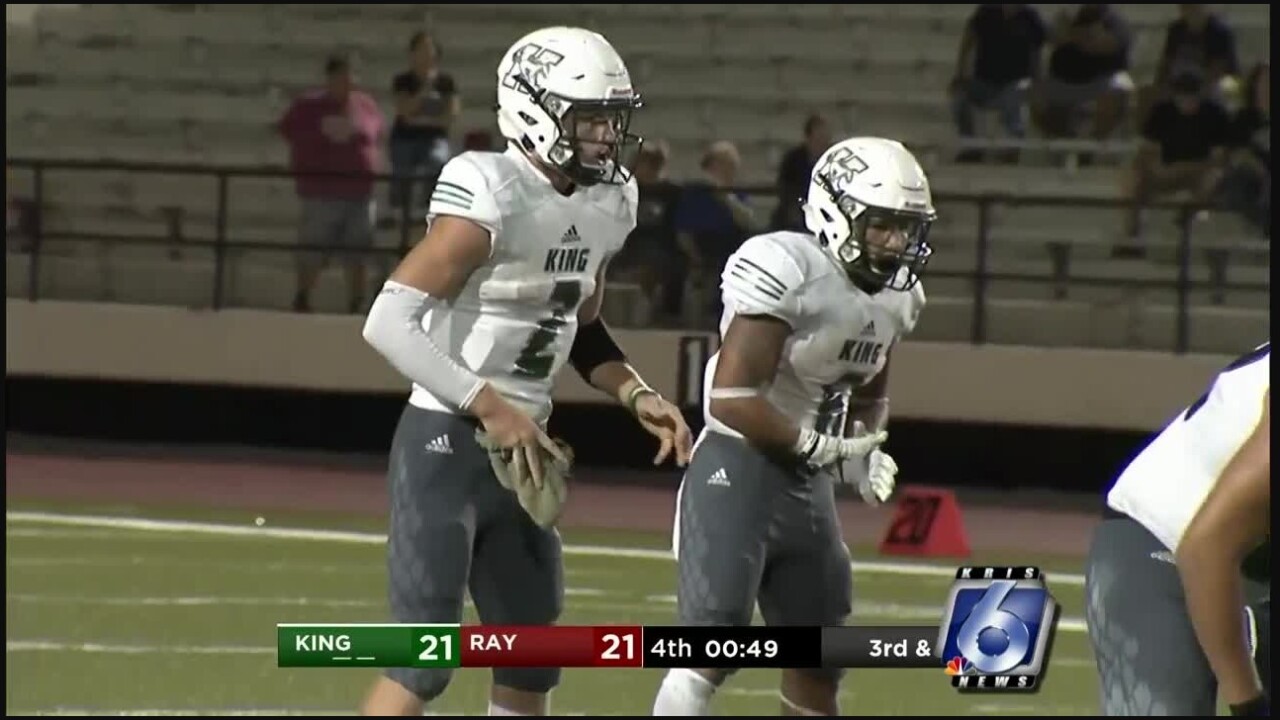 CORPUS CHRISTI, Texas — It's Monday and time to reveal our Friday Night Fever Gamechanger Award winner. As always, we have a lot of great choices so let's take a look.

Let's go back to Thursday night in a game we televised live on The CW.

The King Mustangs and Ray Texans were tied with less than a minute to play. And with the game on the line, Mustangs’ quarterback Benjamin Stewart rifled a perfect pass to Matthew Lopez for the game-winning 47-yard touchdown,

Stewart's heroics catapulted King to its first win of the season, 28-21.

Stewart hung in there despite heavy pressure, and the sure-handed Lopez made the catch. And for this amazing effort Stewart and Lopez team up to share this week's Gamechanger Award.

By the way, this incredible play also won our Ford Tough Play of the Week Award last night.