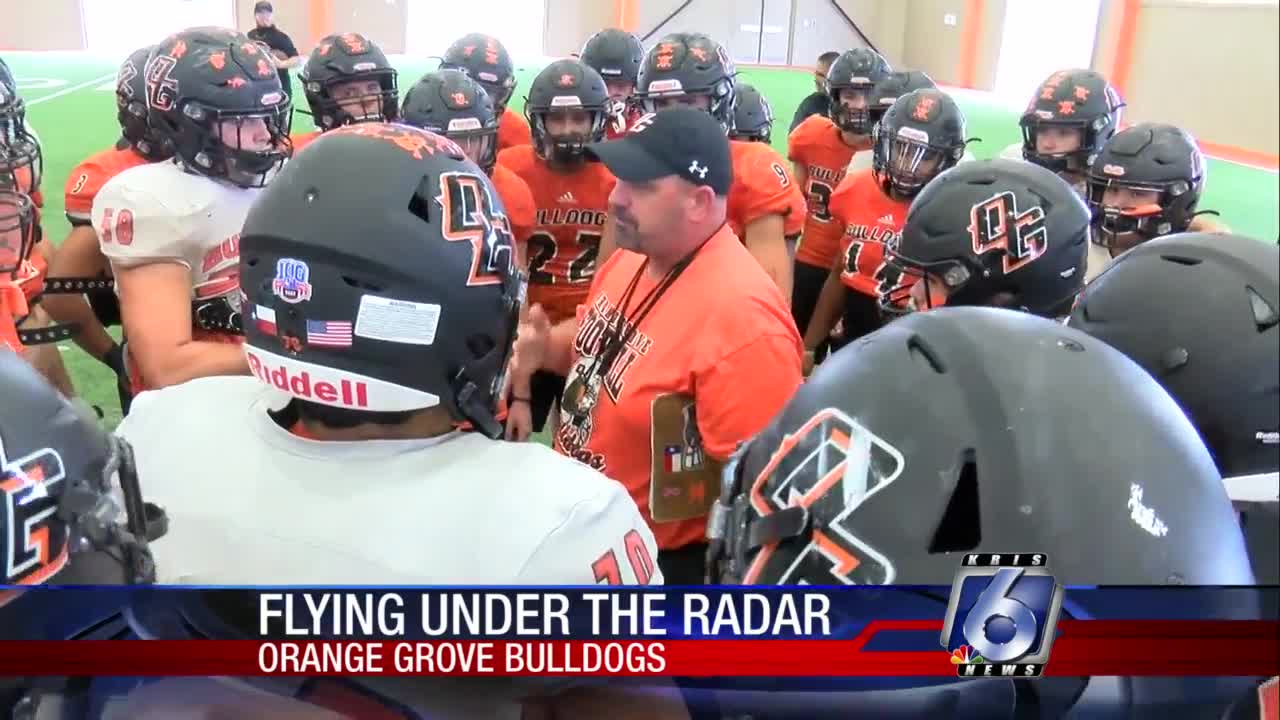 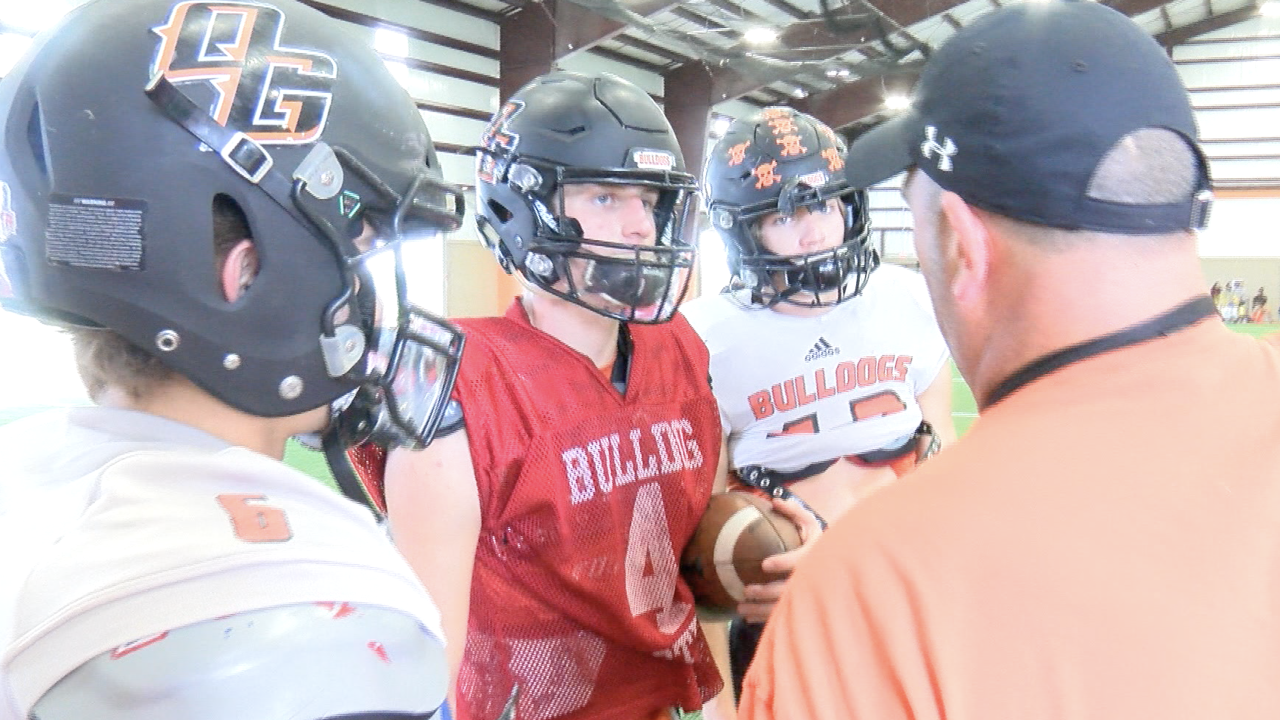 ORANGE GROVE, Texas — In Orange Grove, Bulldog head football coach Mark Del Percio has something special brewing, and not many people outside of the community know about it.

"For whatever reason, it's been one of the better-kept secrets in Texas," he said.

He's talking about his offense.

It's a unit that has been flying under the radar all season long, and sophomore quarterback Cutter Stewart is ready for that to change.

"I think we should get more recognition because of the numbers that we are putting up," he said. "But it is what it is."

The unit is led by a three-headed monster of Stewart, and his two senior wide receivers, Conner Eulenfeld and Jake Marsh. Together, they are one of the most potent offensive trios, not just in South Texas, but in the entire state, and its playoff journey starts at 7:30 p.m. Saturday when they play San Diego in Alice.

With numbers like theirs, its no wonder they're postseason-bound.

For classes 4A-A in Texas high school football, Stewart is fourth in passing yards this season with 2,736. Eulenfeld is second in receiving yards with 1,303, and Marsh is seventh with 925.

Del Percio, a veteran football coach who has mentored stars such as the Tampa Bay Buccaneers' Chris Godwin, praises his Bulldogs trio.

"This crew is good as well," he said. "They're right up there because of their connection, and the chemistry they have."

Orange Grove is not the biggest town -- the population is just over 1,300 people. Chemistry is developed quick between football players in the town.

"We are like brothers," Marsh said. "We are with each other all the time outside of school and outside of football."

The COVID-19 pandemic didn't stop the three from growing their connection on the field.

"Even during this pandemic, when we were shutdown statewide, they found a grass field to jump on and throw the ball and spend time together," he said.

They're confident that with this offense, they can put Orange Grove on the map.

"I think if we play to the best our ability, there is a really good chance of going far," Eulenfeld said.