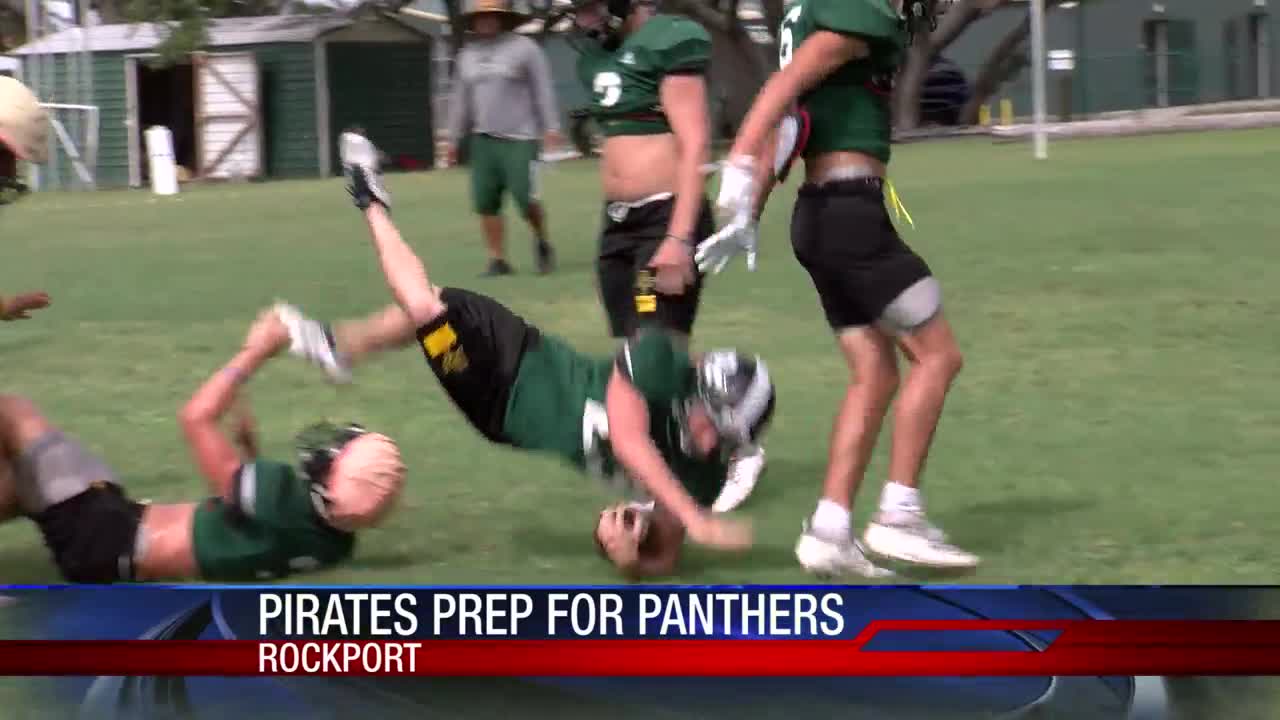 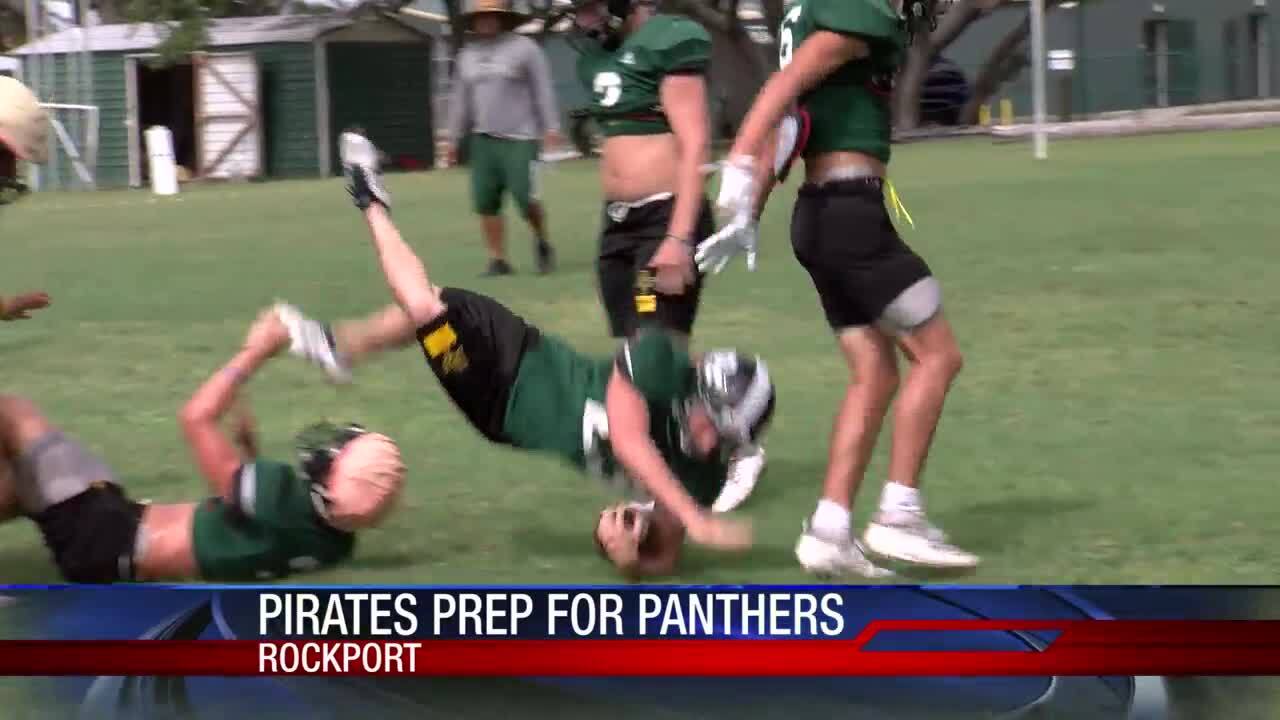 ROCKPORT, Texas — We are just a few days away from the start of the high school football regular season with three games on Thursday,

The majority of the games of course are on Friday.

But on Saturday night, it's showdown time between Aransas Pass and Rockport-Fulton in a game we will telecast right here on KRIS Communications.

Last night, we looked in on the Panthers. And this evening we check in on the Pirates.

While our fever cameras were at practice this afternoon, the Pirates defense was working against the scout team.

And speaking of the Rockport-Fulton defense, they have really good size, especially up the middle. And as you can see here, they can get to the ball in a hurry.

The key to victory in this game could be a numbers game because while teams have a lot of talent, Rockport-Fulton is a bigger school and they have more players.

So depth will play a big role and which team can stay fresh.

Still it's anybody's game, especially when you consider this a big rivalry game.

“If you go back and look at the history of the past five years since I have been here coaching around halftime the score is pretty tight,” Rockport-Fulton coach Jay Sinton said. “In the third and fourth quarter we seem to pull away. And part of it their guys are playing both sides of the ball and our guys are not so we are usually much fresher in the second half.

“But on the same hand, we do have some guys going both ways so we expect to get after it all four quarters.”

Rockport-Fulton linebacker Chris Darnold said the game against Aransas Pass should be a battle.

“I can tell some of the guys around here and I felt this last year too,” Darnold said. “There is some tension because of the rivalry and the big game coming up. We really have to be up on our A game and play well.”

“We just got to run our plays the way we are taught and do everything we have been coached up to do and we'll be all right,” Loudermilk said.

Rockport-Fulton is transitioning from the Slot-T run game to the spread offense. It will be interesting to see how far they have come this Saturday night.