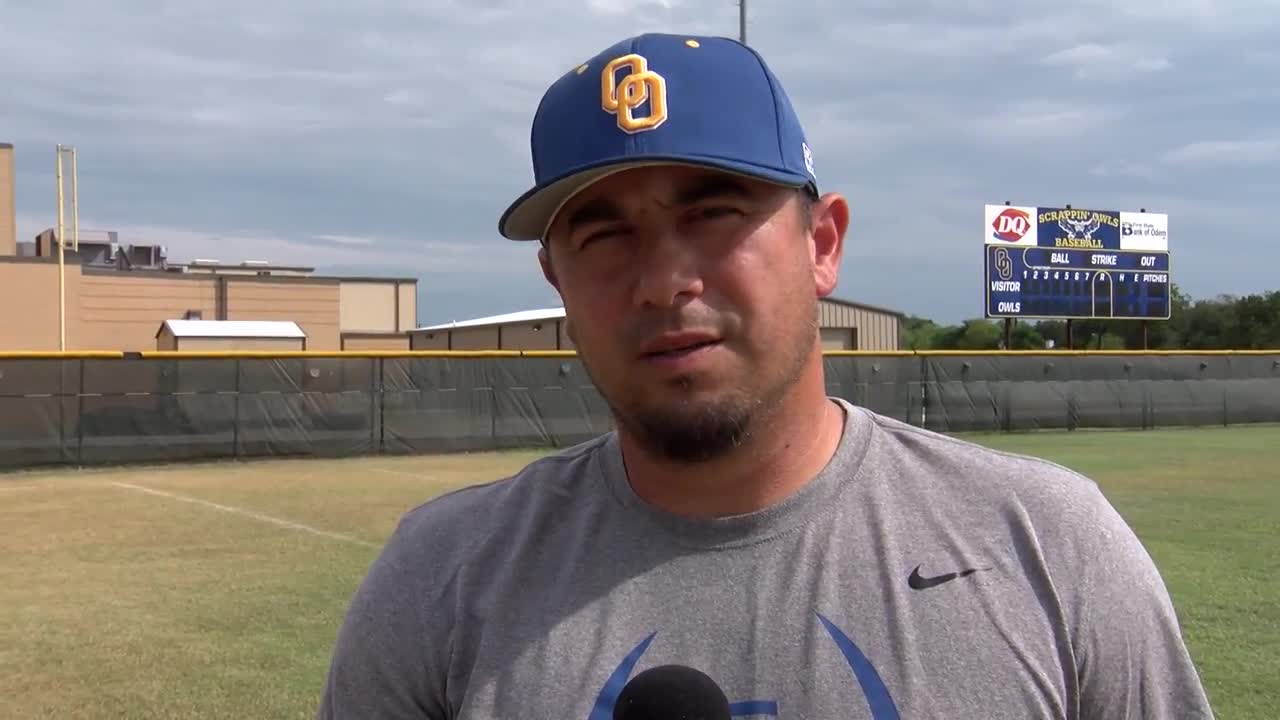 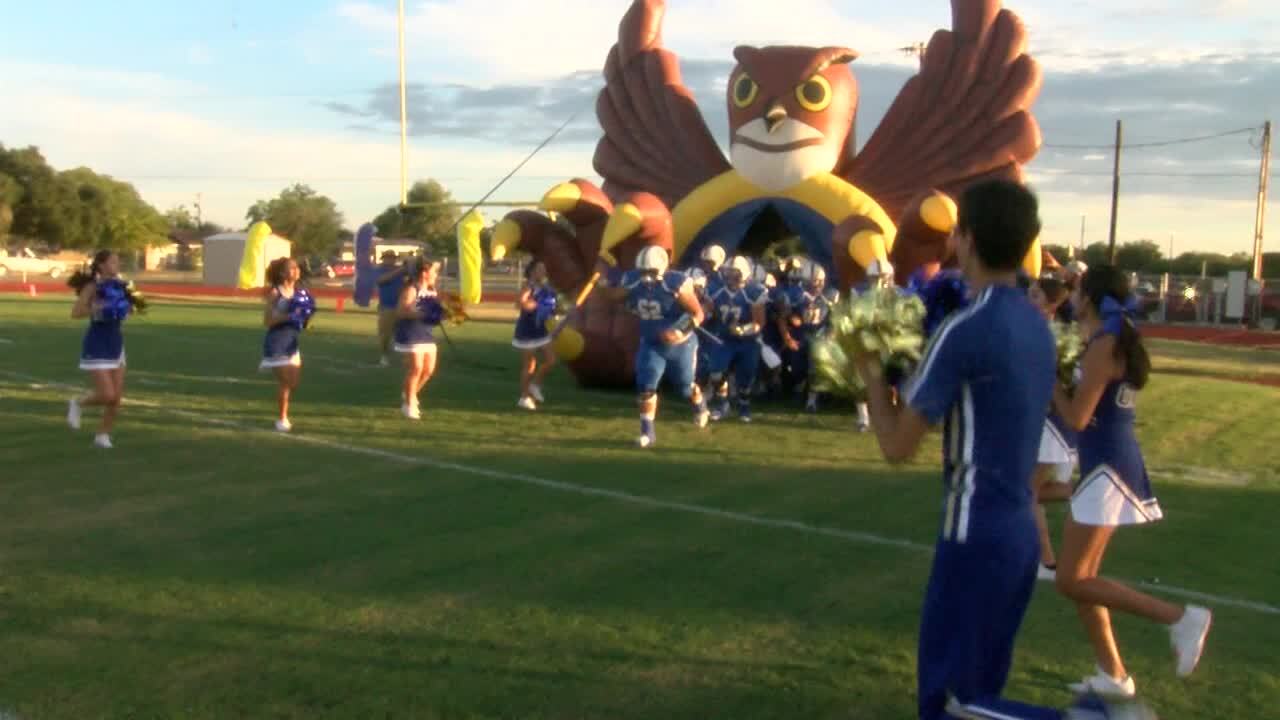 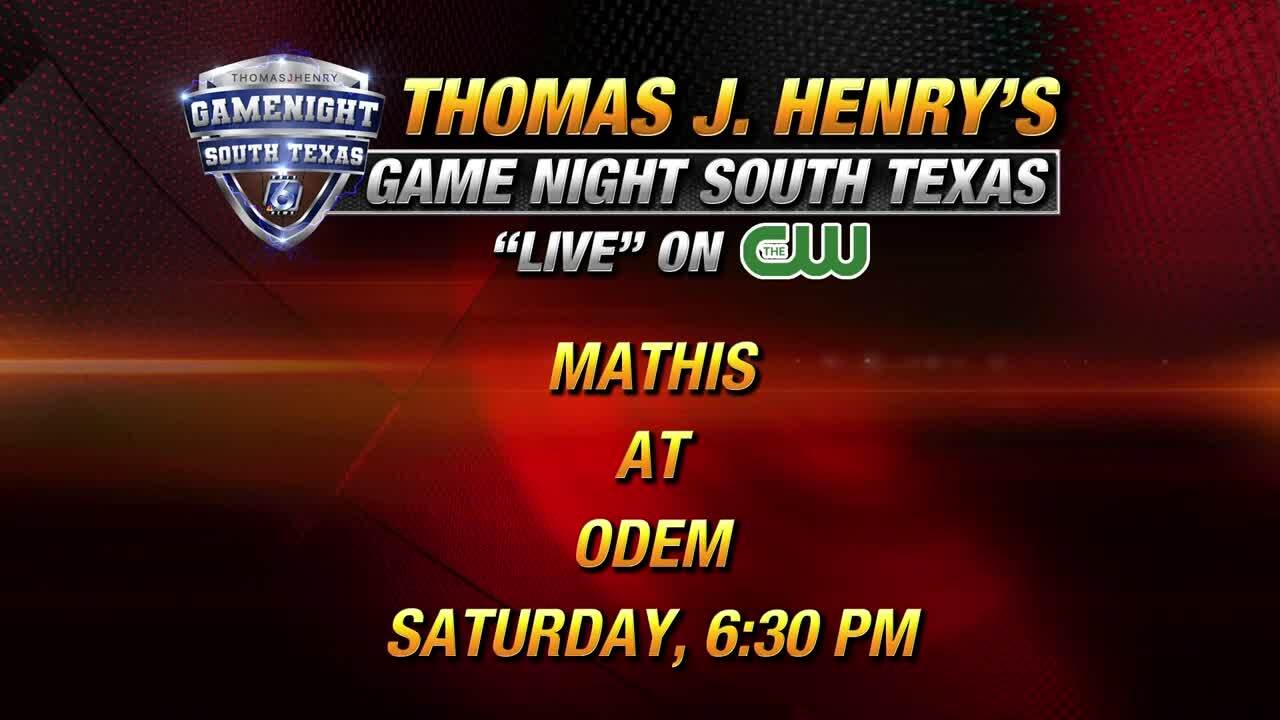 ODEM, Texas — It's Week 2 of the high school football season, which means a lot of great games including our Thomas J. Henry Game Night South Texas this Saturday night in prime time.

The Odem Owls will play host to one of their big rivals, the Mathis Pirates.

The Owls are coming off a 20-7 opening night win on the road at West Oso.

Odem will pound you with its running game. The Owls are big and fast and relentless.

Owls freshman quarterback Hunter Dawson made his varsity debut last week and he was solid running and passing the football.

We caught up with the Owls earlier today and they know they will have their hands full against a good Mathis team led by Coach Trey Stevens who used to coach at Odem.