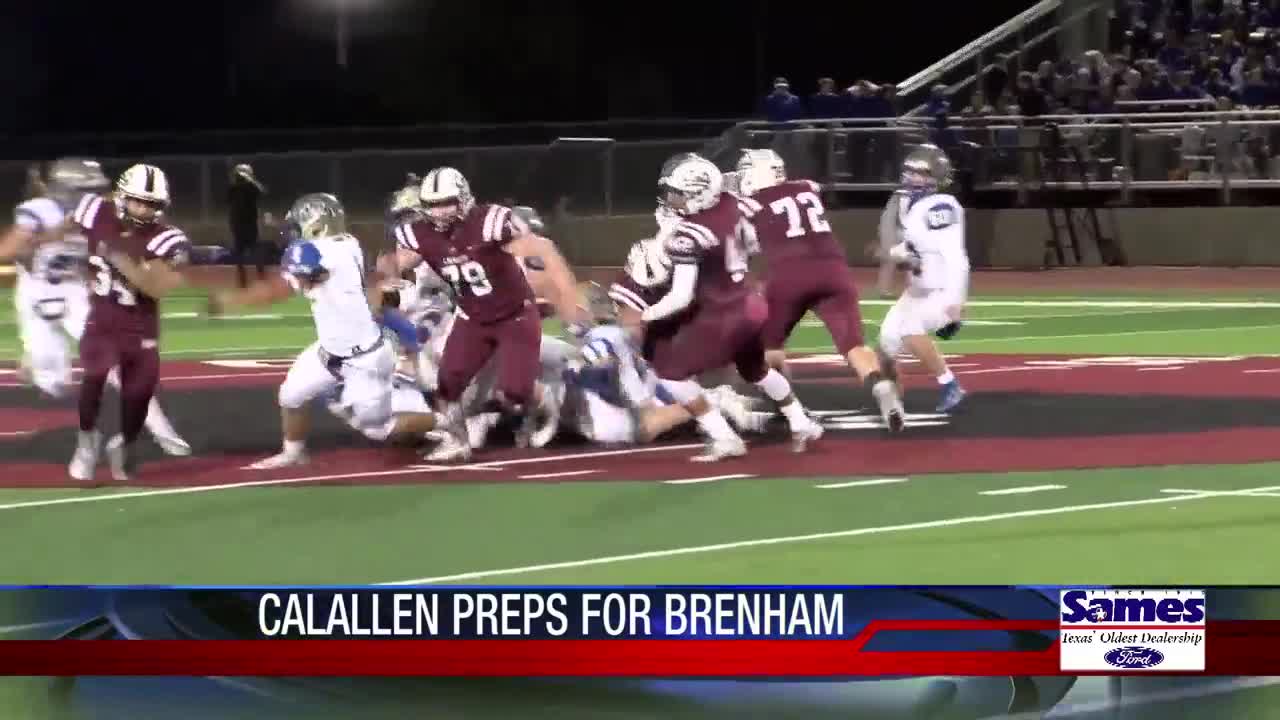 CORPUS CHRISTI, Tx. — For the fifth straight season and the eight time this decade, the Calallen Wildcats are in the regional semifinals of the state football playoffs.

After a 53-35 victory some might call "shocking" over the Kerrville Tivy Antlers, Calallen's season rolls on to the third round as a familiar foe awaits them. The Wildcats take on the Brenham Cubs for the second-straight season in the regional semifinal round. Calallen won last year's meeting, 42-13.

A new year brings new-look rosters, and that is certainly the case for the Cubs, who boast an offensive line that Calallen head coach Phil Danaher calls "the biggest we have ever faced."

When the two teams met last season, Calallen put on a defensive clinic, shutting down a fast, potent offense that had found little success all night. This time around they have weapons at every position on the offensive side of the ball.

"They are running ball more this year than they did last year," Danaher said. "They have three good running backs, and their quarterback can run also."

The Wildcats are used to seeing talented running backs on the field. However most of the time it is the Wildcats' running game that always proves to be more dominant.

The Calallen running game started slower than usual this season, but seems to have finally found its groove behind Charley Hill. The senior ran wild in last week's area-round contest, carrying the ball 16 times for 190 yards and a touchdown. All of the success on the ground starts with the big men up front.

"If the line is doing their thing, then we are doing our thing," Hill said. "It's the little four or five yard runs that get us hyped."

Hill is not the only running threat for the Wildcats. Quarterback Jarrett Garza has proven to be one of the best dual-threat signal callers in the area. He carried the ball 22 times for 157 yards and three touchdowns last Friday night. He also was a perfect 7-7 passing for 137 yards and one touchdown.

Calallen will have an extra day of preparation for this one. The Wildcats and the Cubs will meet Saturday night in the Alamodome. Kickoff is scheduled for 8 p.m.