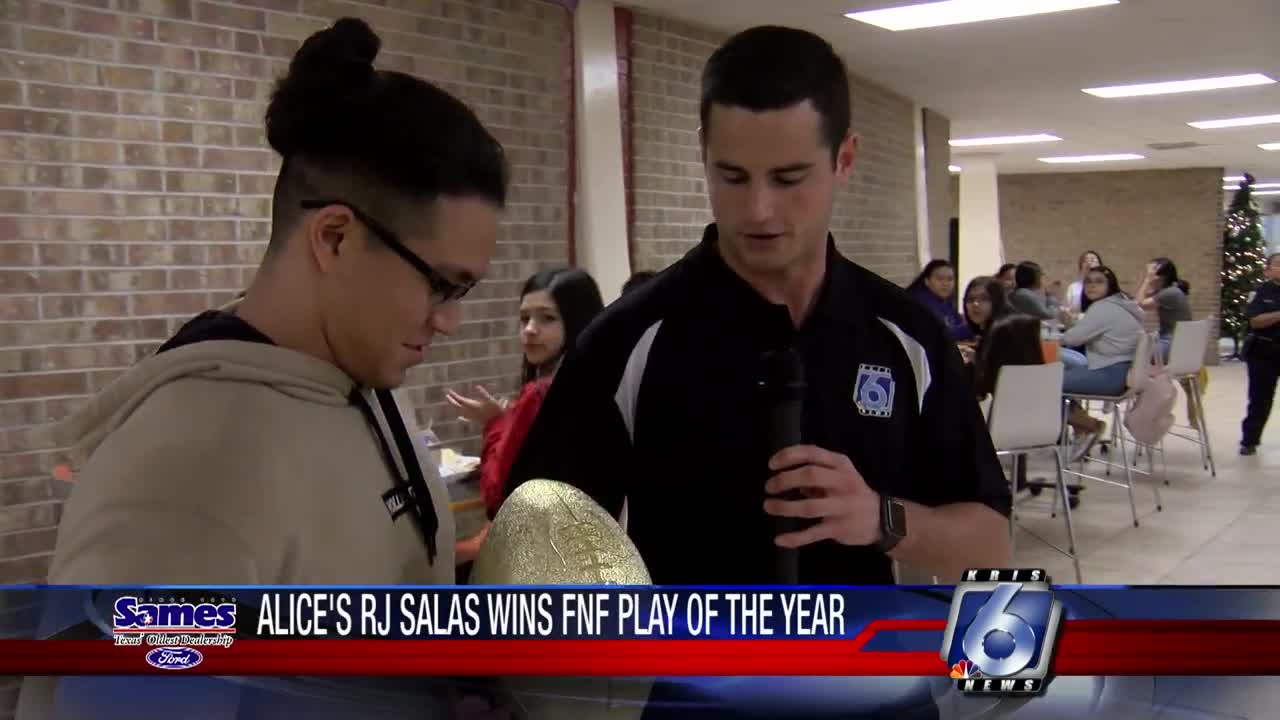 Alice defensive back, RJ Salas, takes home the award thanks to his impressive pick-six for 100-plus yards. https://www.kristv.com/sports/friday-night-fever/alices-rj-salas-wins-2019-play-of-the-year 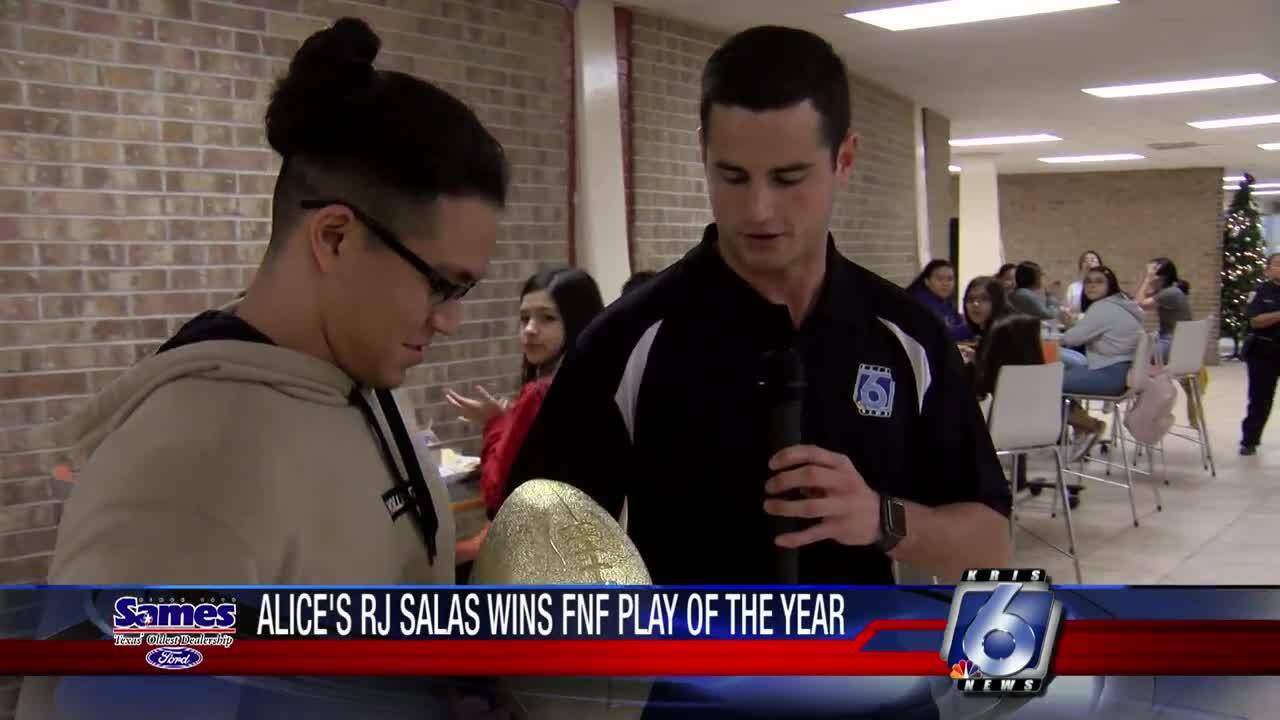 The games have ended but there is still one award to give out, the annual Friday Night Fever Play of the Year.

The winner was obvious.

Alice defensive back RJ Salas takes home the award thanks to his impressive pick-six for 100-plus yards. While in the process of taking the interception all the way back for a touchdown, Salas broke multiple tackles, shook off numerous defenders and refused to go down.

The entire Coastal Bend took notice. Salas won the award with a whopping 47% of the vote.

Calallen's Brent Green was second with 20%. A landslide victory for the Alice senior who says in the moment, he didn't think he'd reach the end zone.

"I was running for a little and had some blockers in front of me," Salas recalled when we talked to him. "I was trying to break as many tackles as possible, I didn't think I'd make it to the end zone."

The play itself seemed to personify the entire Alice football season. The Coyotes were projected to finish seventh in the district according to Dave Campbell's Texas Football. The lowly projection was far off. Alice reached the playoffs this year and made it to the second round. Much like Salas' play, the team was resilient and strong as it refused to give up.

"It's one of the best (teams) I have played for," Salas said. "I have been playing football since I was 5 and these guys are like my family, like my brothers."