The Fever was back for the 5A Division II State Quarterfinals. Calallen captured its share — and more — in a convincing 48-17 victory over Port Lavaca. 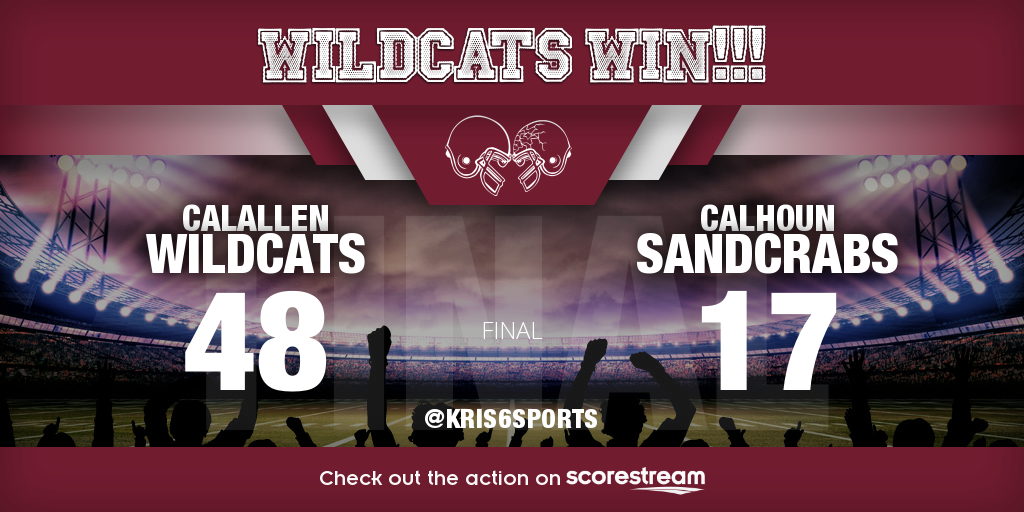 The Wildcats scored the first five times they had the ball in the second half to streak to the victory over their district rivals Friday night at the Alamodome in San Antonio. It wrapped up their 12th trip to the state semifinals in school history.

The triumph earns them the right to hook up with Fort Bend Marshall next week in the state semifinals.

After trailing 17-14 at the half, the Wildcats (13-1) surged back with a string of big plays to complement a strong defense that shut down the Sandcrabs cold in the second half.

Shenan Price gave them the lead for good on a 22-yard fourth-and-4 run on Calallen’s first second-half possession.

After Calallen’s second three-and-out of the half, Calallen quarterback Jarrett Garza scooted 43 yards on the first play of the ensuing drive and a 28-17 lead.

Calallen’s defense came up big again, stopping Daniel Martinez on fourth-and-1 from the Wildcat 3 when it appeared Calhoun was poised to jump back into the game.

Two plays later, Garza delivered the finisher with a scintillating 95-yard touchdown run that capped off the Calallen explosion as the third quarter expired.

AJ Brown added a 37-yard touchdown run with 8:14 left and the rout was on.

Backup running back Hunter Groves added a 52-yard scoring scamper with 4:36 left in the game for the clincher. It capped a stunning second-half turnaround after Calallen rolled up 273 total yards in the second half alone and 439 for the game. 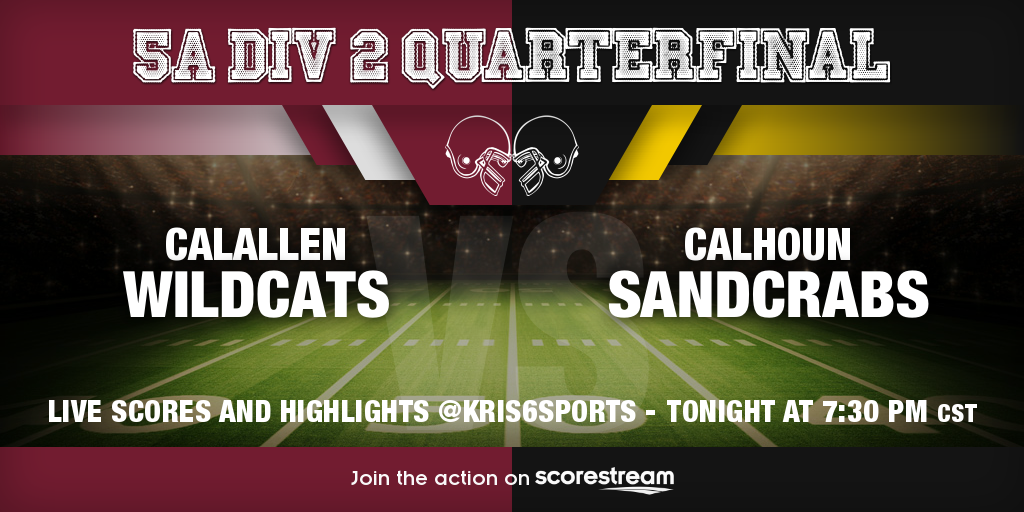 Jose Quezada’s 30-yard field goal on the final play of the first half boosted Calhoun to a 17-14 halftime lead. It came after a Calallen interception by defensive back Justice McClure was negated because of a roughing the passer penalty.

The game started quickly as both teams scored touchdowns on their first possessions. Only 3 minutes into the game, we had a quick 7-7 tie.

After Calallen muffed the opening kickoff, Calhoun quarterback Cody Kestler scored on a 15-yard run to provide the Sandcrabs with an early lead 43 seconds into the game.

Kestler missed Calallen’s earlier 23-20 victory for the district championship over the Sandcrabs because of an injury. He was ready for the Wildcats when he finally got the chance.

But Calallen answered once it got the ball. Price went 45 yards on Calallen’s first play. That set up Brown’s 2-yard TD run with 9:47 left in the first quarter.

But Jarius Stewart, who played quarterback for Calhoun in the first game, scored on a 21-yard run to boost the Sandcrabs lead to 14-7 after the conversion.

Garza tied the score with a 9-yard TD run with 5:28 left in the first half.

Stick with the Friday Night Fever crew to follow all of the action.

KRIS 6 Sports Director Alan Harwell is on the field at the Alamodome for tonight’s game, sending out updates and highlights,and up-to-the-minute scores will be posted below.

Here’s a pregame look at the game from Alan and Jeff Dubrof.

But if you’d like a way to be at absolutely every game at once (no super powers needed), join us on Scorestream by downloading the app at this link. It’s free and gives you exclusive access to the field (we’ll be there too).