Calallen wraps up their practice tradition 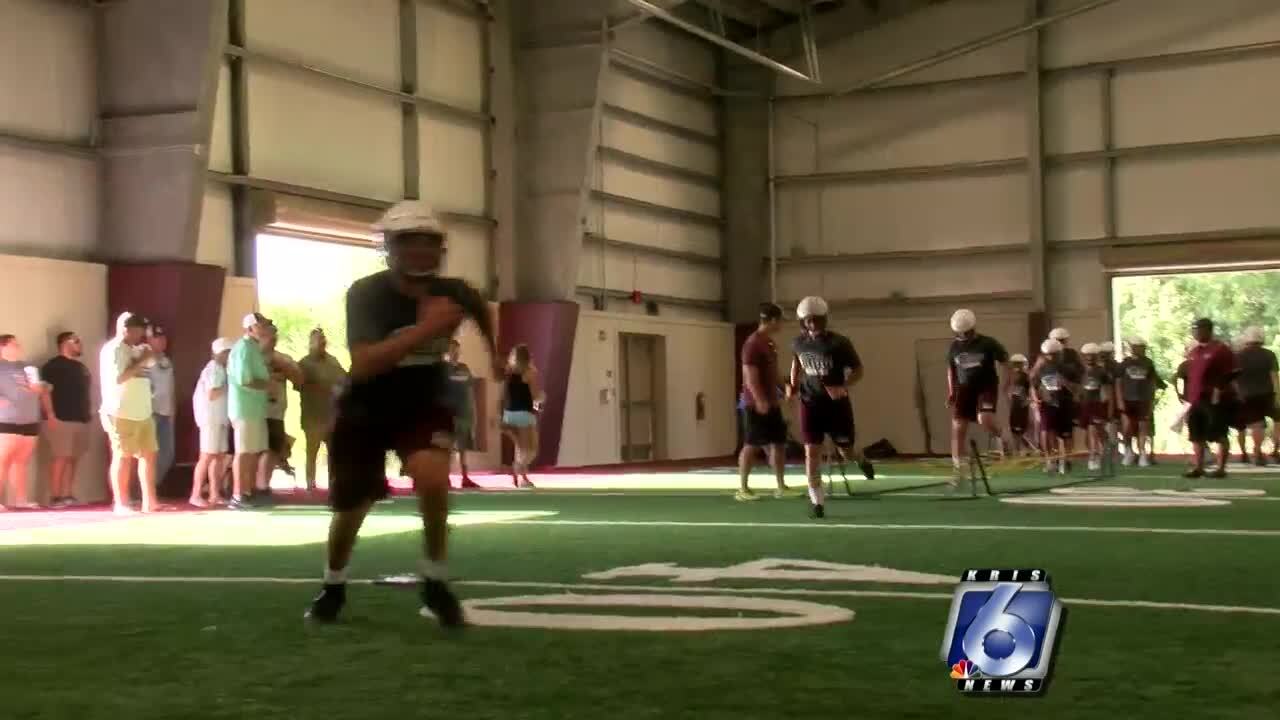 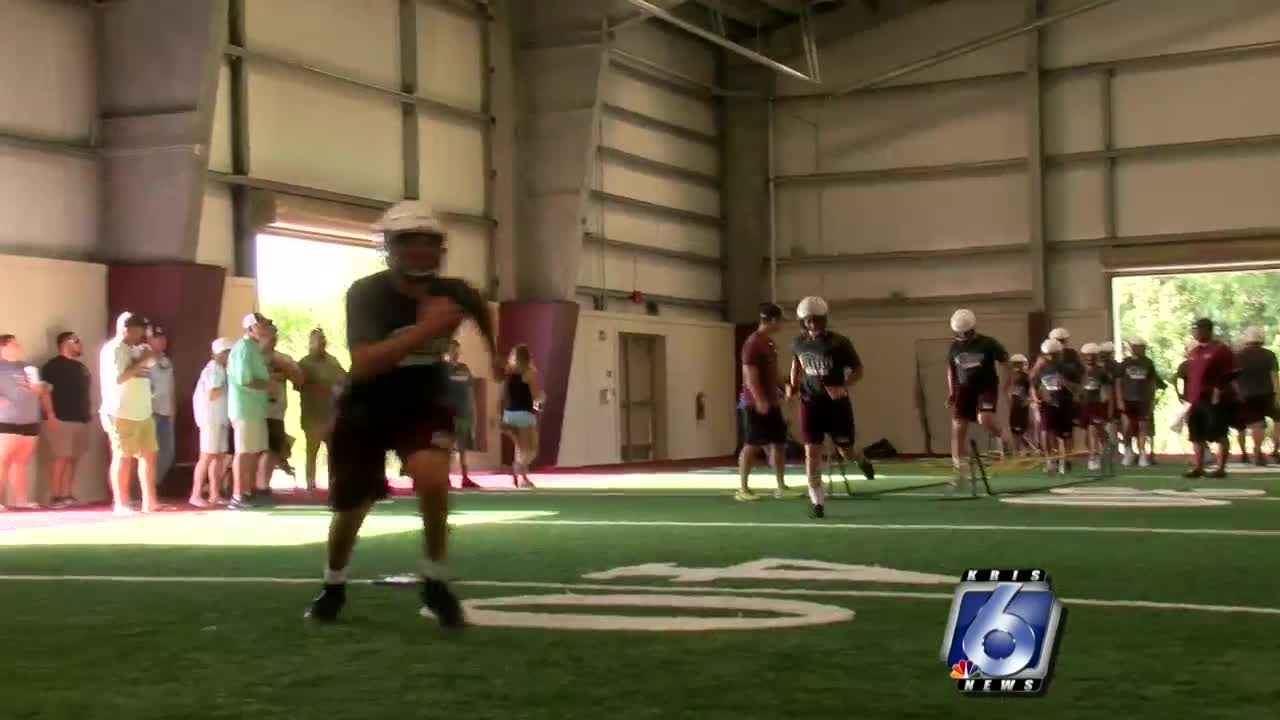 CORPUS CHRISTI, Tx. — It is a tradition unlike any other for the Calallen football team. It is the dreaded circuits, a seven drill workout that has players digging deep looking for more.

"it is a total workout it is the hardest thing that you will go through," senior linebacker Riggs Barrett said.

Barrett is a Dave Campbell's Texas Football Preseason All State selection, if he proclaims it tough, it's hard for everyone.

The drills made their way to Calallen when Phil Danaher did. He's been running them long before he became the Wildcats' head coach.

"I have done since I was the head coach in Dilley, Texas," Danaher said.

The work out is just as much mental as it is physical. Coaches are running each station urging players to fight through the fatigue. They say this perseverance will come in handy come late in games this season.

Today was the final round of circuits for the 2019 Wildcats. For the seniors, it will be the last time they go through the gauntlet. Fans and parents gather around as their sons do it one last time.

The Wildcats will show off that second half mentality when they face San Benito come Aug. 30th.