Astros on the brink of another title with one more victory 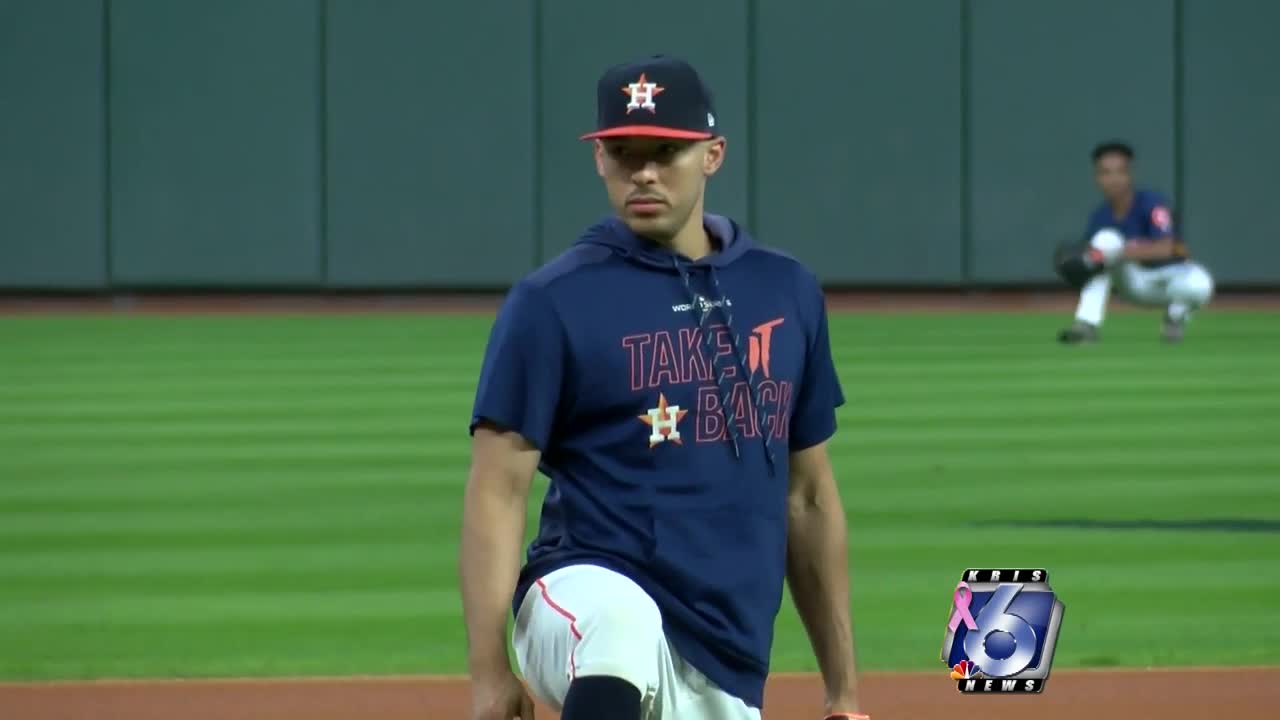 When the Astros left Houston last Wednesday, AJ Hinch was not worried. He knew his team would be back in Houston, but would have to play perfect baseball in order to do so. https://www.kristv.com/sports/astros-on-the-brink-of-another-title-with-one-more-victory 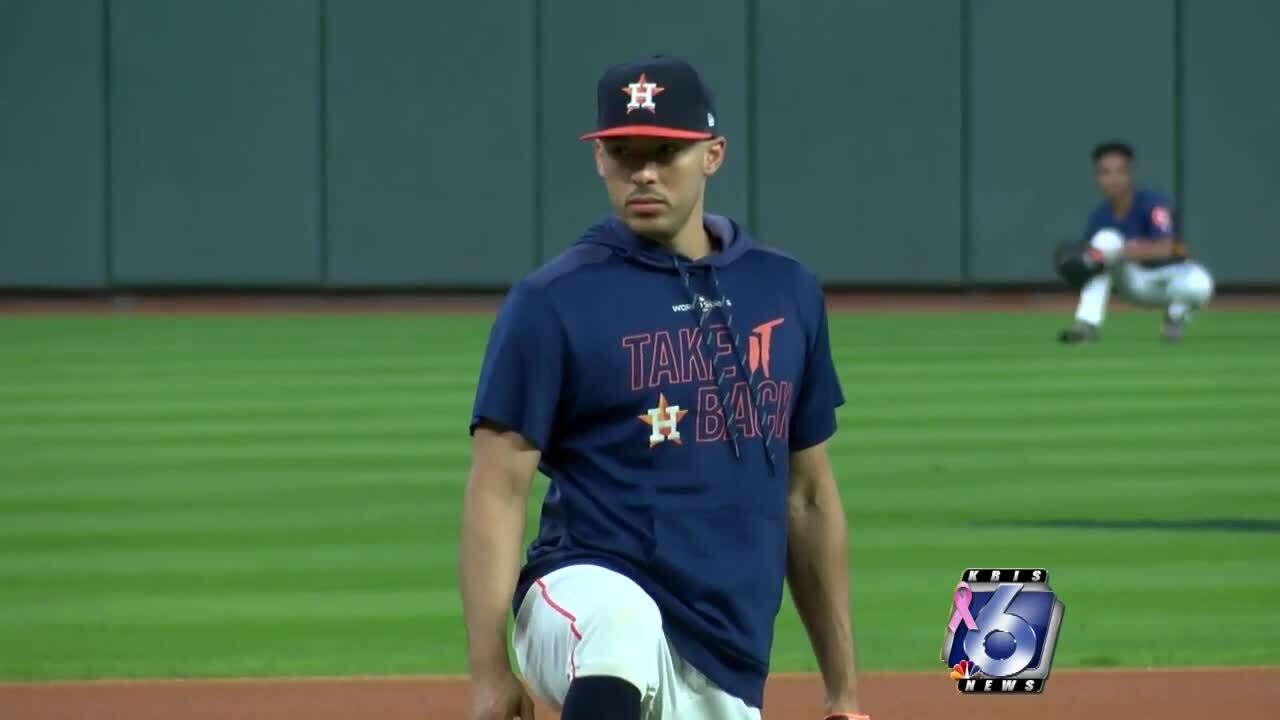 HOUSTON — When the Astros left Houston last Wednesday, A.J. Hinch wasn't worried. He knew his team would be back in Houston, but would have to play perfect baseball in order to do so.

The Astros did just that, rattling off three straight wins and tying an MLB postseason record for run differential on the road in a series with a plus-16 mark.

The series has shifted back to Houston with the Astros one win away from their second World Series title in the last three years.

Outfielder Michael Brantley said it was the play of their veterans that allowed the Astros to be in this situation.

"These guy stepped up," Brantley said. "They know how to win games."

The adversity is nothing new for this group. They found themselves in a winner-take-all Game 5 in the ALDS against the Tampa Bay Rays. They lost Game 1 of the ALCS to the New York Yankees. And there were all those games where they needed big efforts in the 2017 World Series against the Los Angeles Dodgers - the franchise's sole previous title.

"Their calmness in the World Series has doubled and tripled and just multiplied because they have been there before," Hinch said.

On the mound for the Washington Nationals tonight will be Stephen Strasburg who was electric in Game 2 of the series, and has been phenomenal throughout the 2019 postseason. Strasburg has a 1.93 ERA through five starts during the playoffs and won Game 2 of the series against Justin Verlander last Wednesdsay in Houston.

Verlander is the man Hinch turns to tonight. The right-hander has been strong all season, but has hit a rough patch at quite possibly the worst time. Verlander holds a 4.15 ERA this postseason and was responsible for six of the Nationals' 12 runs in Game 2.

The Astros are hoping Verlander can turn that negative around at a most opportune time -- like tonight.