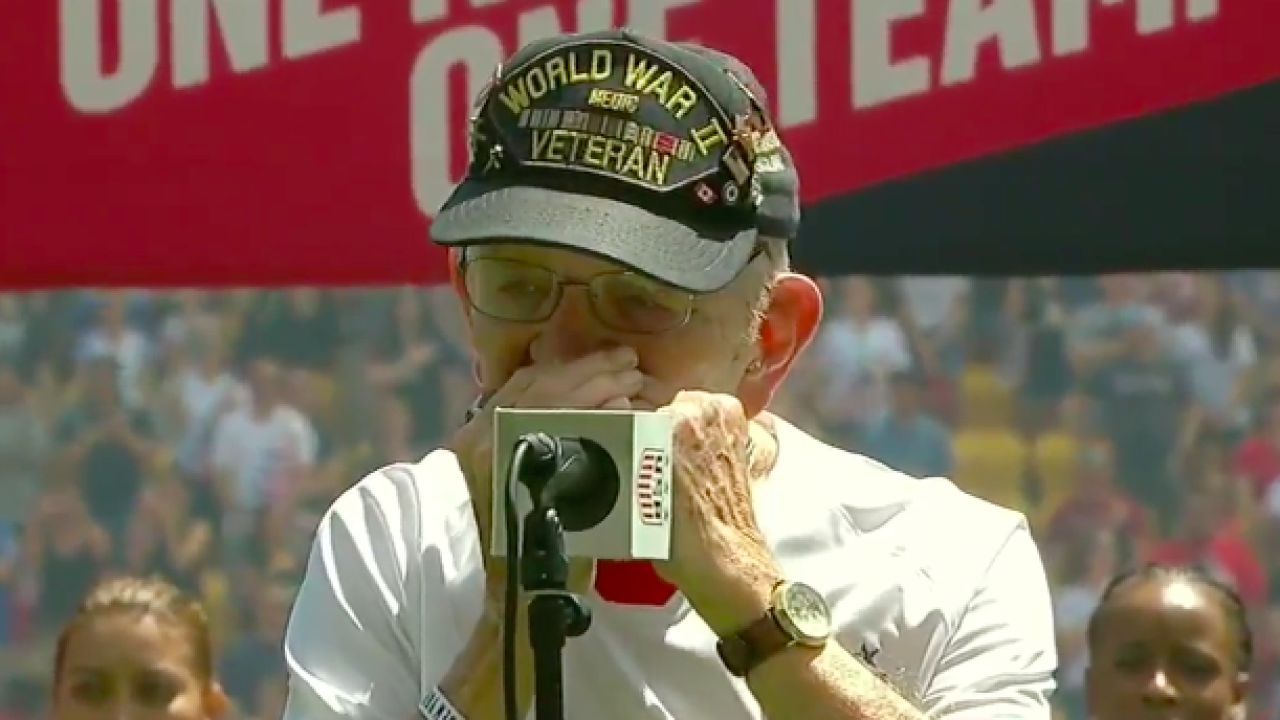 On Sunday — one day before Memorial Day — a 96-year-old World War II veteran performed a rendition of the national anthem that no one in attendance will soon forget.

Before Sunday's exhibition soccer match between the US Women's National Team and Mexico in New Jersey, Pete DuPré performed a remarkable version of The Star Spangled Banner using only a harmonica.

It isn't the first time Dupré — also known as "Harmonica Pete" — has performed the anthem in the past, but Sunday's performance may have been his most-watched yet.

The USWNT released the following statement, according to NJ.com

During WWII, DuPre served as a medic in the 114th General Hospital Unit in Kidderminster, England. At age 17, both of his parents had already died, making him the acting patriarch of a five-person family. Within a year, Pete had enlisted in the Army serving three years overseas during which time he treated wounded servicemen from all areas of Europe.

we love Pete so much. pic.twitter.com/Lxd3Xqo9eu