Most courthouse windows will remain closed until June 1 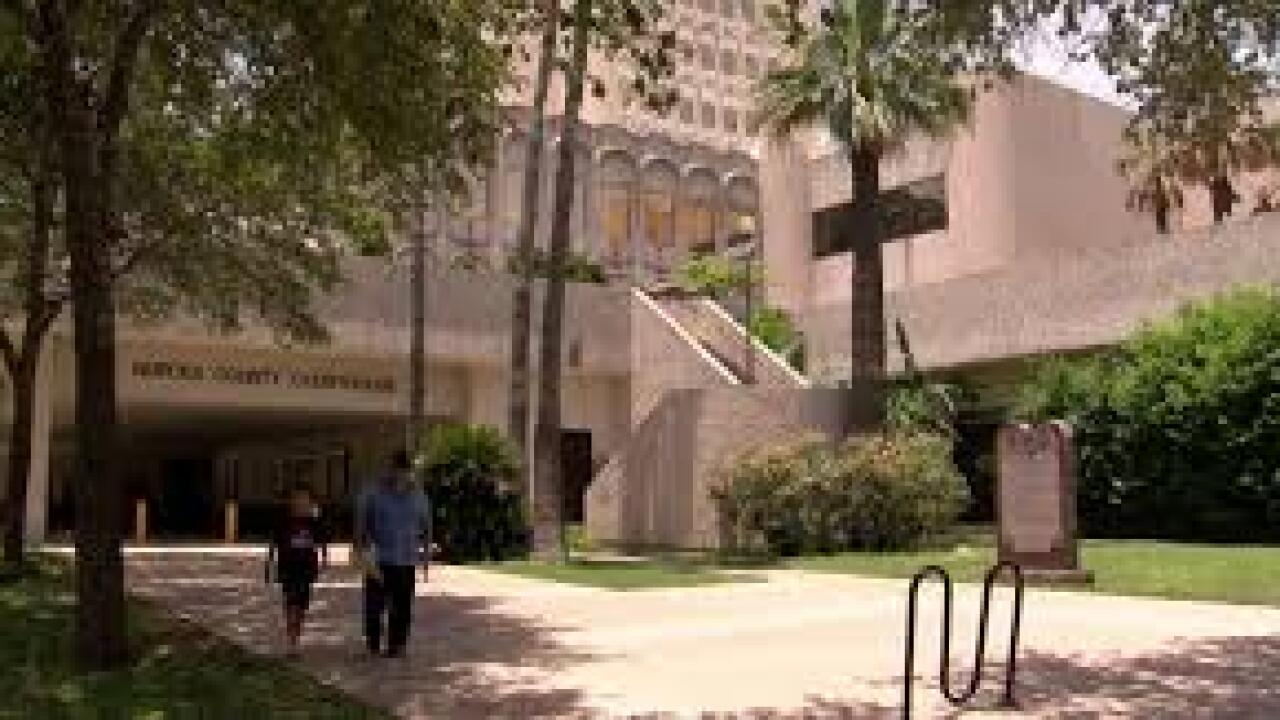 The Nueces County Courthouse will reopen on June 1,

CORPUS CHRISTI, Texas — The Nueces County Courthouse has been open on a limited basis since the governor’s stay-at-home orders closed most non-essential business.

County officials had hoped to fully open the courthouse next Monday, but delays have pushed reopening back a couple of weeks.

“We’re going to be opening June 1st and it’s mainly to deal with some of the logistics downstairs,” SAID Nueces County Tax Assessor/Collector Kevin Keischnick.
The county is in the process of installing glass barriers at all courthouse customer service windows. Most are ready, though some departments won’t have theirs by Monday. Thosee barriers are permanent and are for both the public and staff.

“It’s not just about COVID, it’s about keeping us healthy all the way around, and also for some protection too because unfortunately we have people who get mad and they’ll spit at my employees,” said Kieschnick.

There are also concerns about delays at the temperature station in the courthouse lobby. However, construction on the Lipan street entrance will soon be finished which will change traffic patterns in and out of the courthouse.

“When they get done with the construction on Lipan, Lipan is going to be open and Leopard Street is going to be closed,” said Kieschnick. “I’m not really sure what the logistics are on that, and that’s why we’re waiting for that to iron itself out.”

That’s not the only delay. Jury trials were supposed to resume June 1st, but have been pushed back to August 3rd.

“We’re trying to figure out how many jurors can be selected in the Central Jury Room,” said 347th District Court Judge Missy Medary. “From there we have to bring them upstairs and you can only have two people riding in an elevator.”

Kieschnick says the new delay in jury trials will help lessen crowds when these windows reopen, though he does expect a rush, and encourages people to do their business online if possible. At the Nueces County Courthouse, Greg Chandler, KRIS 6 News.

While jury trials have been pushed back, other essential and non-essential hearings are still being held remotely.