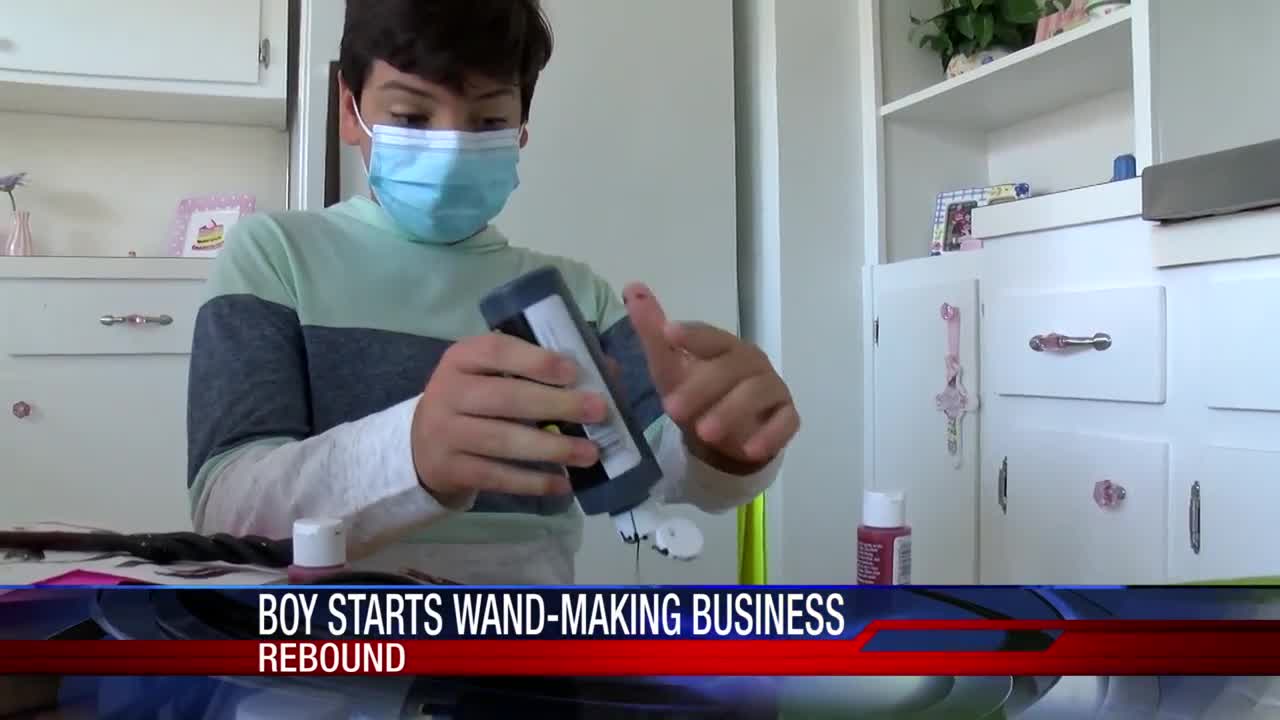 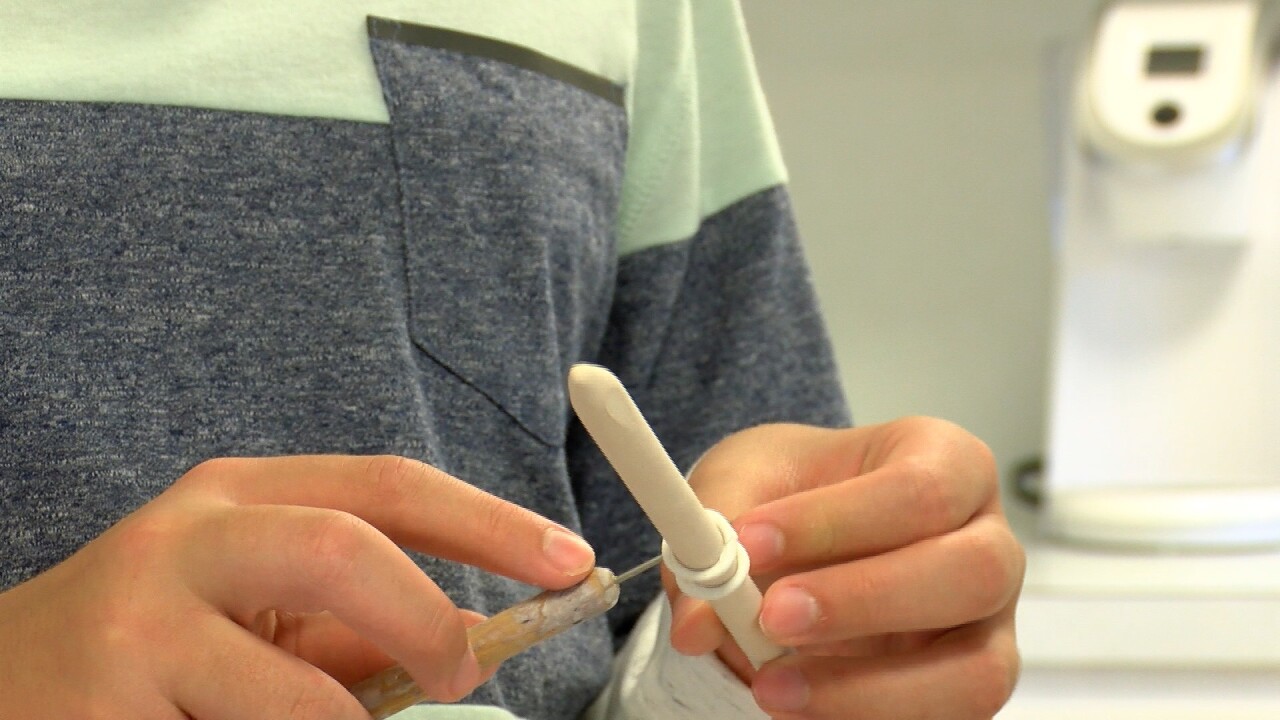 ALICE, Texas — 12-year-old Brody Garcia was always a top reader at his school. In order to get more reading points in class, he decided to read the Harry Potter series.

He became such a big fan that he wanted to create his own wizard wands.

"First just started wrapping paper around a chopstick, then it progressed on to putting Play-doh on a stick. And now I'm just wrapping clay around metal to make it sturdier," said Brody Garcia.

Brody began his business, WizardingWorldProps on Etsy in August.

On his off days from school, Brody will make wands. He will cut the metal, then use the clay to mold the wand, bake, and paint it. He spends the entire day preparing products for his business.

Brody has an assortment of wands in shop, and said he was just trying to find a way to make some money.

"I think it's been an incredible lesson as far as learning about customer service and customer relations," said his mother, Kim Garcia.

"The pandemic has been so difficult on children, I've seen it in my own child but I think that this is kind of an outlet in a way for him to do something positive with it," she said.

Brody said he has had help from his family on how to create the business. From marketing, creating products, to building a customer base.

"It's not really easy maintaining a shop and school at the same time," he said.

Brody plans to continue his wand shop until it gets in the way of school. He has taught himself the piano, how to edit and hopes to one day build movie props.

Kim Garcia said she often hears people wondering what Brody will be doing in the future, because they see the potential he has.