Video shows a massive fire in the Philippines that destroyed a hurge portion of a theme park near Manilla. 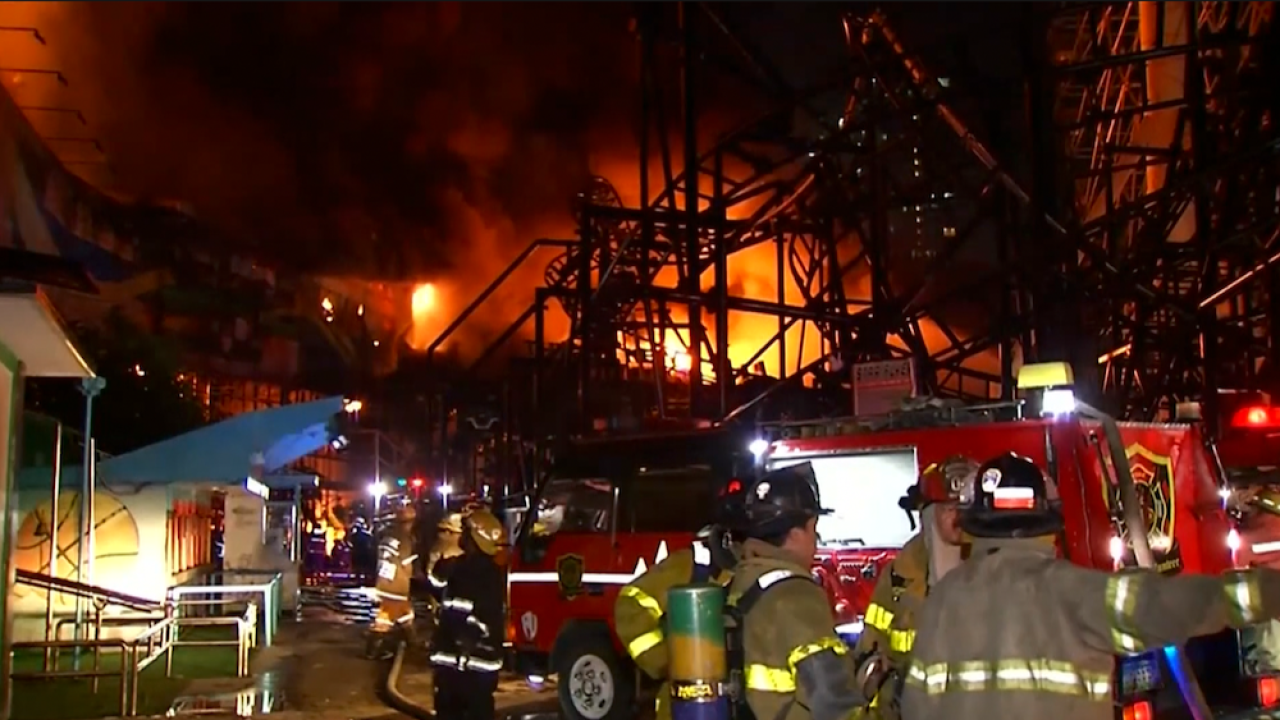 A fire destroyed a significant portion of a large theme park in the Philippines on Tuesday night.

According to CNN Philippines, 80 percent of the park's main building was destroyed in the massive blaze on Wednesday. The park is located in Pasay City, which is part of Metropolitan Manila.

The fire likely began in a storeroom that housed stuffed animals and other souvenirs.

Officials told CNN the Philippines that all of the rides located in the building were likely lost. The outdoor rides will likely survive.

The fire is expected to cost the park one billion Filipino pesos, or about $20 million.

No one was hurt or killed in the blaze.