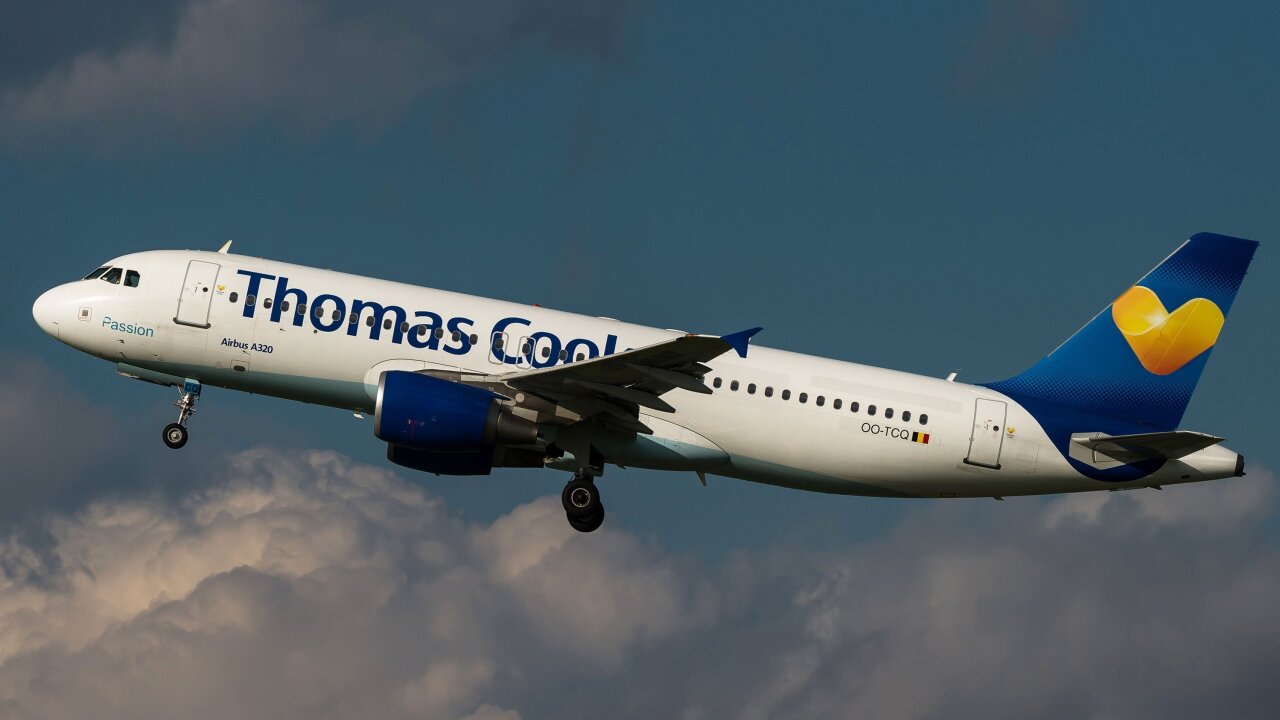 The 178-year-old company said in a statement that its board "concluded that it had no choice but to take steps to enter into compulsory liquidation with immediate effect" after talks on a financial rescue failed. All Thomas Cook bookings have been canceled, the UK Civil Aviation Authority tweeted .

"This marks a deeply sad day for the company which pioneered package holidays and made travel possible for millions of people around the world," Fankhauser said.

"Despite huge efforts over a number of months, and further intense negotiations in recent days, we have not been able to secure a deal to save our business. I know that this outcome will be devastating to many people and cause a lot of anxiety stress and disruption," he added.

"Fosun is disappointed that Thomas Cook Group has not been able to find a viable solution," the company said in a statement. "We extend our deepest sympathy to all those affected by this outcome," it added.

Meanwhile, Thomas Cook India — owned by Canada's Fairfax — said it had nothing to do with the collapse of the venerable British brand and its business was unaffected.

Shares in rival European travel groups got a boost on Monday. Germany's TUI gained more than 6%, while low-cost airline EasyJet — which is making a big push into the holidays business — were up nearly 4%.

The move triggers the largest ever peacetime repatriation in the history of the United Kingdom, topping the operation the government carried out after the 2017 collapse of Monarch Airlines.

There are more than 150,000 UK outbound Thomas Cook customers abroad, almost twice the number that were repatriated following the failure of Monarch, according to the aviation authority.

"When people get to the end of their holiday, they will be brought back to the UK," Tim Johnson, head of policy at the UK Civil Aviation Authority, told CNN.

"We've chartered 40 planes and we're going to be running over 1,000 flights over the next two weeks," he added.

Repatriation flights are only available for passengers whose journey originated in the UK. The aviation authority launched a website where customers can find details on those flights.

"Customers currently overseas should not travel to the airport until their flight back to the UK has been confirmed on the dedicated website," the aviation authority said in a statement.

Depending on where travelers are located, return flights will be either on flights operated by the aviation authority or by existing flights with other airlines, according to Thomas Cook.

For Thomas Cook travelers abroad on holiday packages protected by the Air Travel Organiser's Licence, the aviation authority said it will sort out hotel bills .

"While arrangements are being made, please do not make a payment to your hotel unless instructed otherwise by the CAA team," the aviation authority said. "If our guarantee is not accepted by the accommodation provider, we may need to relocate you to another hotel for the duration of your stay."

Travelers on an ATOL-protected holiday should have received an ATOL Certificate either by email or by post.

Thomas Cook customers that only booked hotel stays will not be bailed out by the aviation authority. ATOL protection only applies to hotels when booked as part of an air inclusive holiday package.

Thomas Cook had been scrambling over the weekend to avoid collapse after the Royal Bank of Scotland and a range of other banks demanded that Thomas Cook Group PLC find £200 million ($250 million) in funding by this upcoming week.

Grant Shapps, the UK's secretary of state for transport, said in a statement that the government and CAA are "working round the clock" to help people affected by the collapse.

"Our contingency planning has helped acquire planes from across the world — some from as far away as Malaysia — and we have put hundreds of people in call centres and at airports," he said. "But the task is enormous, the biggest peacetime repatriation in UK history."

UK Foreign Secretary Dominic Raab said earlier Sunday, while speaking to the BBC's Andrew Marr , that the government would not "systematically step in" to save businesses unless there was a "good strategic national interest."

Thomas Cook on Friday confirmed to CNN that it had 600,000 customers on vacation, including those 150,000 from the United Kingdom.

"We've got all the contingency planning to make sure no one will be stranded," Raab said. "I don't want to go into the detail of it because it depends on the nature of which people are out there, whether they'd booked a package or just paid for the flights."

The development comes after a tumultuous year for Thomas Cook. Since May 2018, shares have fallen by more than 96% amid Brexit uncertainty and intense competition in the tourism sector. They were suspended from trade on Monday. "Unfortunately, as a result of the liquidation appointments, there is no prospect of a return to Thomas Cook's shareholders," the UK government said.