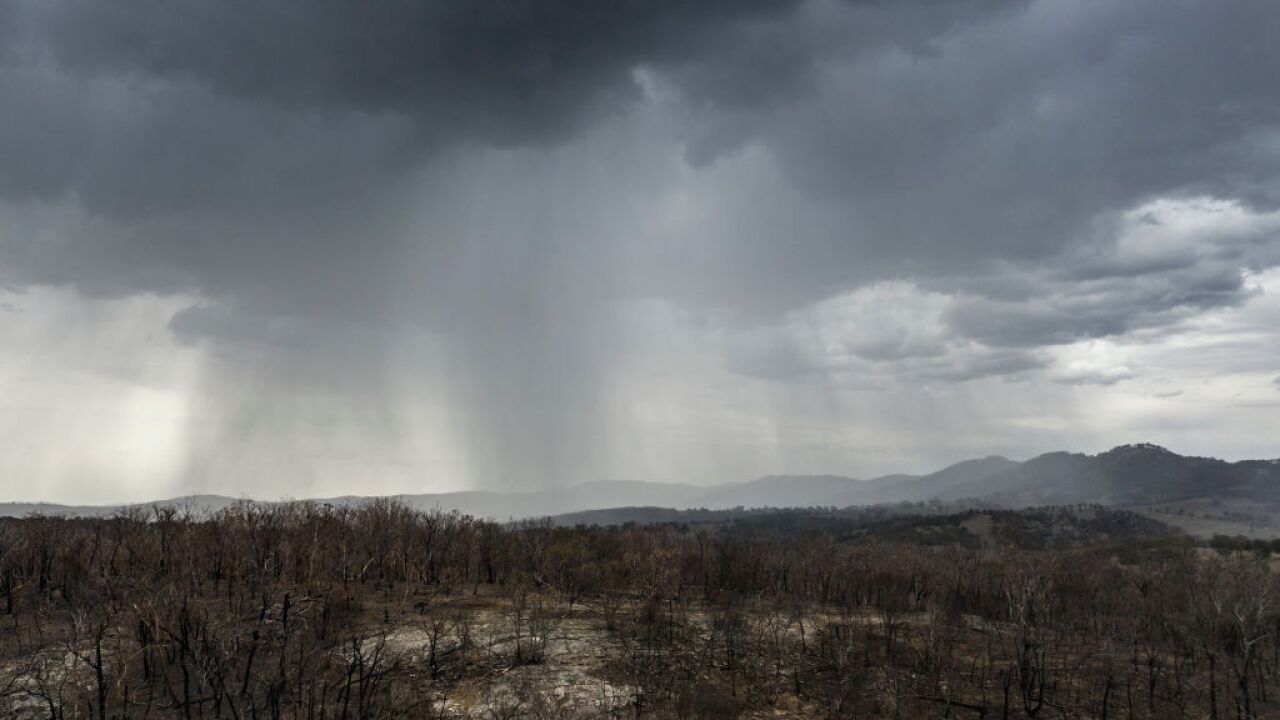 Australia got some much needed rain this week as bushfires continue to ravage the country.

After one of the driest Decembers on record, multiple regions got more than a month's worth of rain in just 24 hours, according to Australian news outlet Nine News.

More than 10 communities across Queensland, Victoria and New South Wales have received their best rainfall in years thanks to the widespread storms, Nine News reports.

According to Australia's Bureau of Meteorology, the storms are expected to continue into the weekend.

"Relief is here for a number of firefighters working across NSW," the New South Wales Rural Fire Service said on Twitter. "Although this rain won’t extinguish all fires, it will certainly go a long way towards containment. "

However, while the rain has brought some relief for the fire-ravaged country, forecasters say it's not clear if the rain will fall where it's most needed in the coming days. There's also some concern about lightning sparking new fires and the potential for flash floods and landslides.

"Heavy rainfall and gusty thunderstorms bring the potential for flash flooding, particularly in the burnt out areas of New South Wales and Victoria, which are now vulnerable for landslips and trees coming down," meteorologist Sarah Scully said in a video posted on the Bureau of Meteorology website.

The hit & miss nature of #thunderstorms means it's difficult to forecast exactly where the heaviest rain will be—some parts of #bushfire & #drought affected eastern Australia could see 50–100 mm over the next few days; while others may see very little https://t.co/T7MYuIdxkO pic.twitter.com/zgmiBmqcIG

"What we are facing is a double-edged sword," Andrew Reynolds, the executive director of river operations for the Murray–Darling Basin Authority, said in a news release. "When we receive the much-needed rain to replenish depleted storages, we expect ash and sediment from the fires to be washed into some of our streams, rivers and dams."