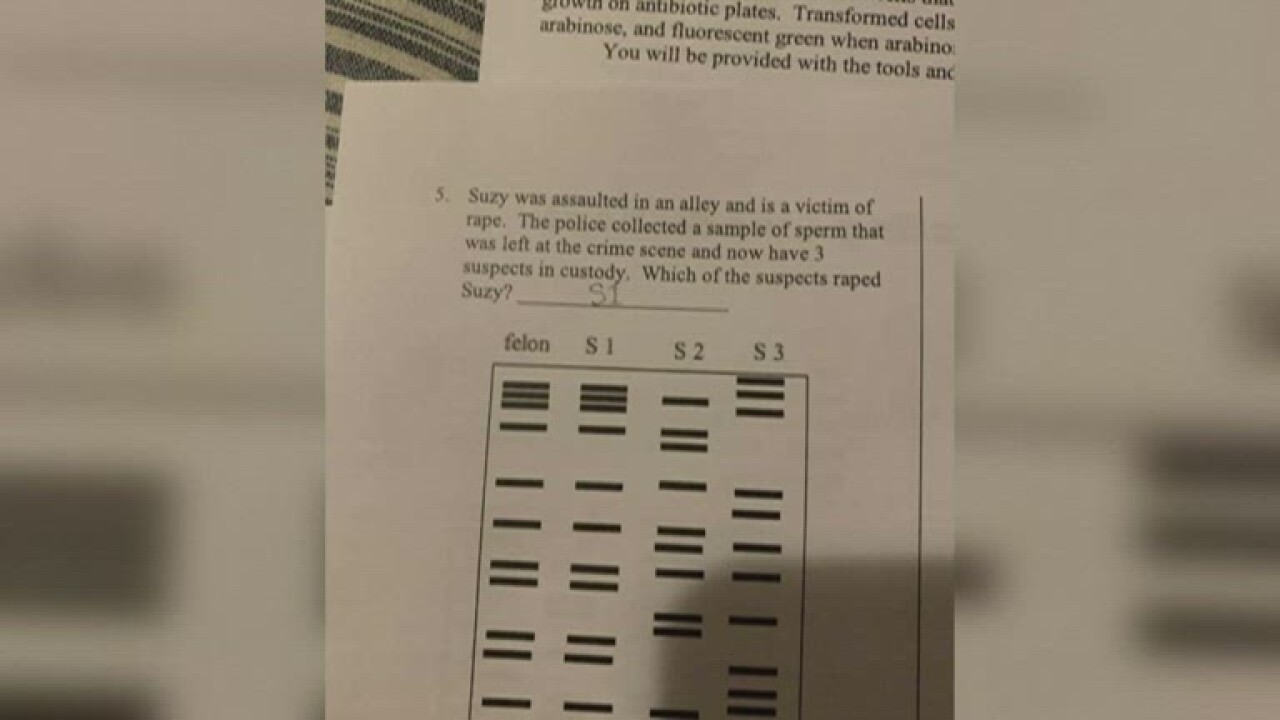 A question about rape ends up on a biology homework assignment for ninth graders at a Houston-area high school. (KPRC)

A homework assignment about DNA leaves parents and students at a Texas high school upset.

This is the question assigned to ninth graders at Klein Independent High Shool in Houston.

It reads, “Suzy was assaulted in an alley and is a victim of rape. The police collected a sample of sperm that was left at the crime scene and now have three suspects in custody. Which of the suspects raped Suzy?”

The question was part of a biology DNA assignment, but parents and students found it to be inappropriate calling the question "upsetting."