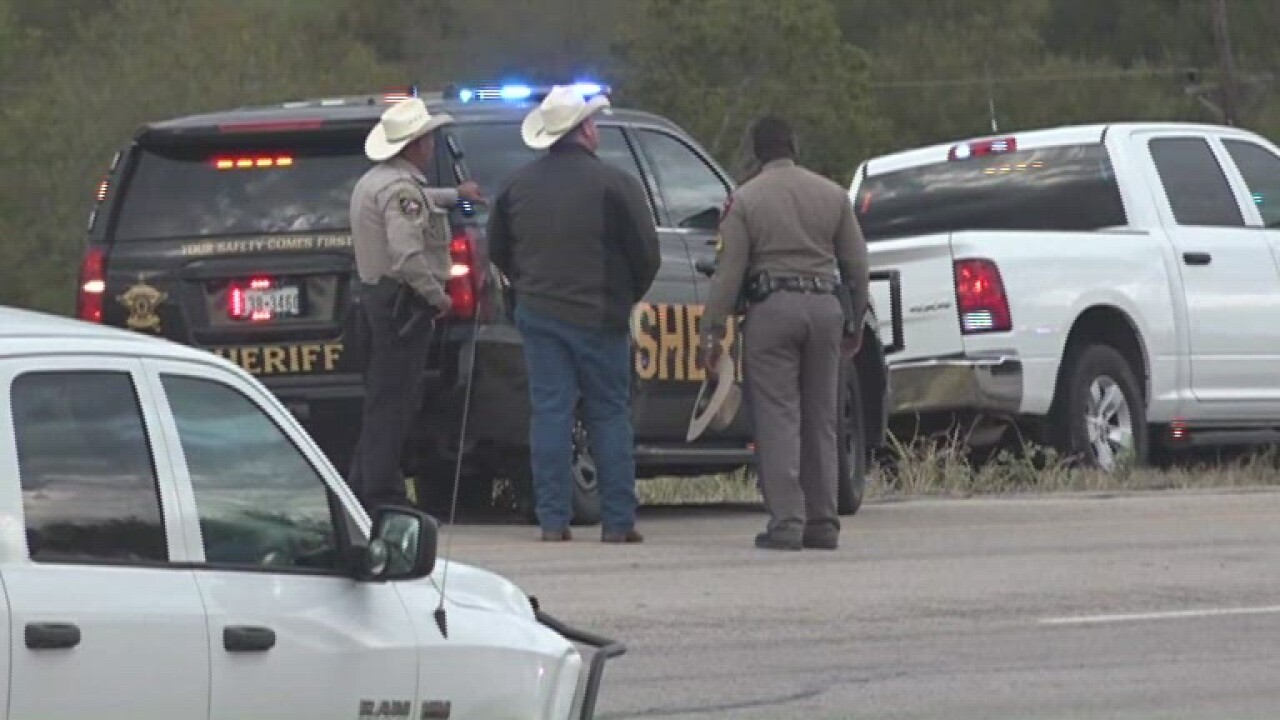 RIESEL, Texas (AP) - A sheriff's deputy was killed and a small-town police chief was injured when a car struck them as they aided a motorist on a Central Texas roadside.

The incident happened about 2 p.m. Friday on Texas 6 near Riesel (REE'-zuhl), about 20 miles (32 kilometers) southeast of Waco.

The Texas Department of Public Safety reports Falls County sheriff's Deputy Matt Jones and Riesel Police Chief Danny Krumnow were helping a motorist when another car hydroplaned on the rain-slick highway and slid into them.

DPS Sgt. Ryan Howard says Jones was dead at the scene of the crash, while Krumnow was airlifted to a Waco hospital in critical condition. The driver of the car involved also was taken to a hospital with minor injuries.

Jones was a deputy for four years.