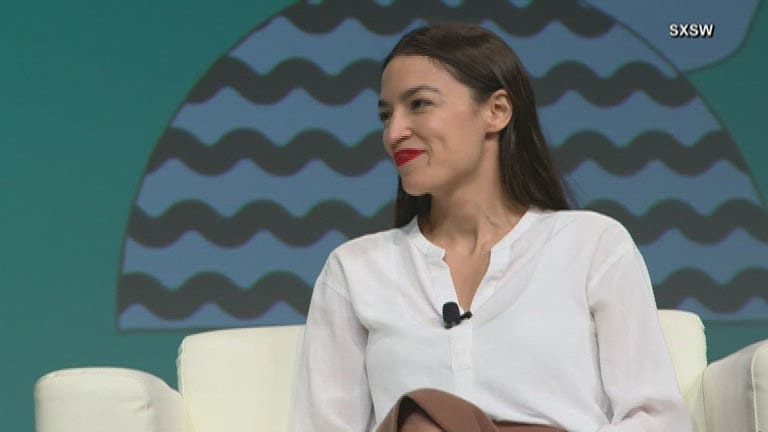 (NBC) – Freshman congresswoman Alexandria Ocasio-Cortez drew bigger crowds at South by Southwest in Texas Saturday than any of the 2020 presidential candidates.

The annual festival of music, film, and tech that takes place in Austin has gotten political this year.

More than a half-dozen declared and potential 2020 candidates made the pilgrimage to this mecca for upwardly mobile young techies and hipsters.

But 29-year-old Ocasio-Cortez was the star of the political track.

Event organizers say she attracted more interest Saturday than Senators Elizabeth Warren and Amy Klobuchar, a former governor, a mayor and the former CEO of Starbucks.

Ocasio-Cortez packed a ballroom which didn’t come close to accommodating everyone who wanted to get in.

In her remarks, Ocasio-Cortez torched political moderation, which she equated with worshiping mediocrity and she defended democratic socialism.