HOUSTON (AP) – Houston-area authorities are trying to find the person who shot an arrow into a dog that later died from its injuries.

Authorities at a Wednesday news conference said a woman found the shepherd mix on Sunday with an arrow protruding from its neck. Authorities said the dog died Monday during its second surgery.

X-rays showed that the hunting arrow went through the dog’s thorax, diaphragm and liver. 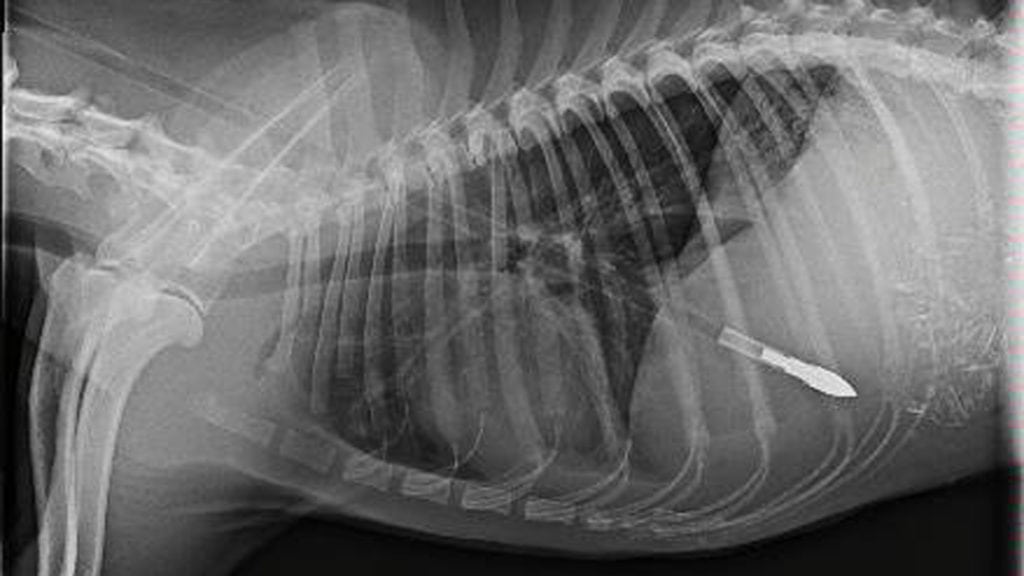 Gonzalez says, “It was a sadistic act of violence possibly committed by a deeply disturbed individual who likely poses a continued threat to our community.”

The nonprofit Crime Stoppers of Houston is offering a reward of up to $7,500 for any information leading to the identification of the suspect.