AUSTIN, Texas (AP) – Texas Republicans are hoping the party’s candidates will ride out momentum from a re-energized Democratic Party with the help of straight-ticket voters.

Texas is among eight states that offer “straight-ticket” voting, a shortcut that allows residents to automatically register votes for a single party’s candidates in every race. The ballot option will be phased out after November, the Houston Chronicle reported. 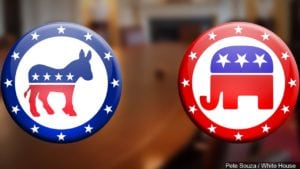 Nearly two-thirds of voters in Texas’ most populous counties automatically voted the full Democrat or Republican ticket in the last two major elections, according to Center for Public Policy and Political Studies research at Austin Community College.

Political analysts predict the practice will create a safety net this year for Republican candidates. Straight-ticket voting has proven to help Texas Republicans sweep elections over the past two decades. 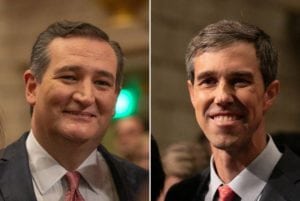 “Cruz isn’t up there trying to persuade soft, non-straight ticket voters to vote for him,” Young said. “Cruz is solidifying the Republican base. Everything is said to maximize the Republican straight-ticket vote.”

Attorney General Ken Paxton also could benefit from a straight-ticket ballot. The Republican faces felony charges of securities fraud that won’t be resolved before the election. 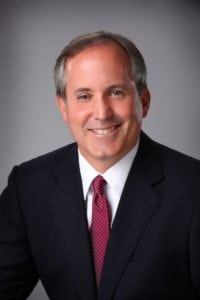 Straight-ticket voting hasn’t favored Texas Democrats in the last two decades, but this year could be an exception. Nearly half of the straight-ticket voters in 2016 cast ballots for Democrats, an 8 percent increase compared to the 2014 gubernatorial race.

“It’s about who turns out,” said Manny Garcia, deputy executive director of the Texas Democratic Party.