LAREDO, Texas (AP) – Juan David Ortiz appeared to be living a typical suburban life in a subdivision where rows of new homes stand next to fields of desert brush.

The Navy veteran left the military nine years ago and became a Border Patrol agent, like many others in this city in deep south Texas. He and his wife were raising two children. Neighbors saw him come and go and exchanged waves. 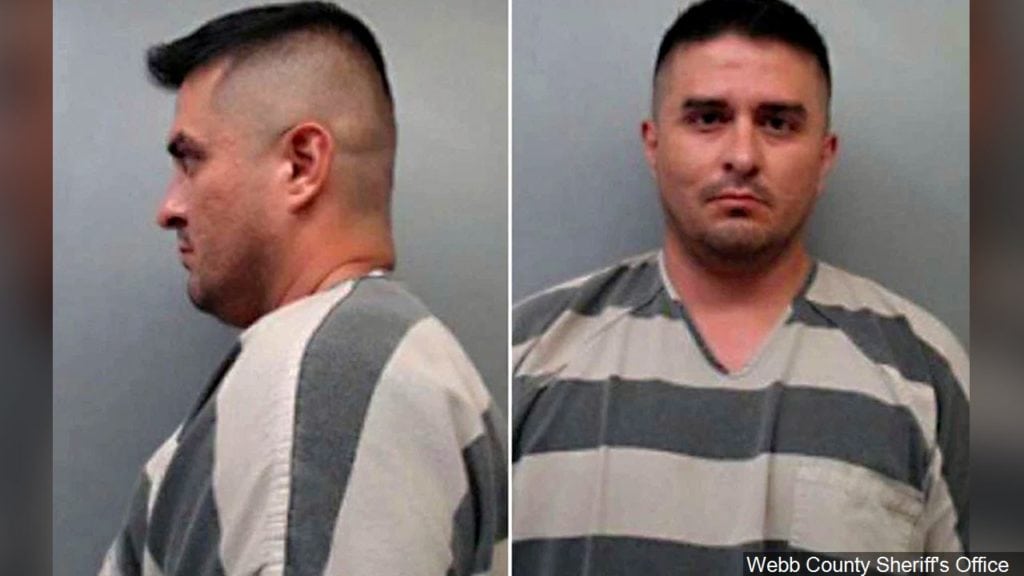 But no one in Laredo could have imagined that Ortiz would someday be described as a serial killer. The 35-year-old is now charged with murder in the killings of four women who prosecutors say were sex workers. They were shot in the head and left on rural Texas roadsides.

As their families grieve, Ortiz is jailed on $2.5 million bond and being kept on suicide watch.

The case has shocked the border community and baffled law enforcement officials, who are trying to restore faith in Border Patrol agents and other local officers.

“We’re seeking truth, and we’re seeking justice for these victims,” Webb County District Attorney Isidro Alaniz said. “Hopefully, even though motive is not an element to the crime of murder, we will be able to try to piece together what was going on in the mind of this accused killer as to why he did it.”

A spokesman for the Texas Department of Public Safety said Thursday that authorities were still investigating but had no indication at this point that there are other victims.

Most people in Laredo have a friend or relative in the Border Patrol, which is responsible for monitoring the Rio Grande, the river that separates the U.S. and Mexico and winds along Laredo’s southern and western edges. Even those who oppose a border wall or the tough immigration policies of President Donald Trump’s administration often speak favorably of the agents they know.

“I couldn’t believe it,” said Colette Mireles, the sister of Claudine Luera, one of the victims.

“We were thinking of someone else, but not an agent, sadly,” Mireles told The Associated Press. “But we can’t hold the CBP accountable … for heinous acts that he committed on his own.”

Ortiz grew up in Texas and enlisted in the Navy on July 5, 2001, a little over a month after his 18th birthday. He became a combat medic and served in the Navy for about eight years, including three with the 1st Marine Division based at Twenty-Nine Palms, California.

He went directly from the military into the Border Patrol, following a well-worn path. But he also sought other jobs in law enforcement. The San Antonio Police Department approved him for a “beginning position” and a place at its academy, according to letters obtained by San Antonio television station KSAT. Two weeks before he officially left the Navy, Ortiz turned the job down.

“I have chosen to pursue a career with the Department of Homeland Security following the advice of family and friends,” Ortiz wrote in the letter.

Ortiz wrote that he was offered two incentives. He would start at a higher pay grade, and he would be able to count his eight years in the military toward the 20 years he needed to retire with benefits that include a lifetime pension.

Customs and Border Protection, the Border Patrol’s parent agency, would not comment on Ortiz’s letter or what he was promised to join. Border Patrol Chief Carla Provost this week assigned a new interim chief agent for its Laredo sector, which has seen two agents charged with murder this year.

Ortiz joined the agency in August 2009, first in the tiny town of Cotulla and then Laredo. He rose to a supervisory position while also obtaining a master’s degree in 2013 from St. Mary’s University in San Antonio.

A week after his arrest, few signs have emerged to explain what happened. His lawyer, Joey Tellez, issued a statement saying he had begun his own investigation of the case and would not comment further.

Records show Ortiz and his wife purchased their home about a year ago. Several neighbors said they knew little about the man now charged with a crime that’s drawn international attention. A Border Patrol agent who lives near Ortiz would not speak to a reporter who approached him.

Prosecutors released Facebook posts that Ortiz allegedly wrote before surrendering in a standoff with law enforcement. One reads, “Doc Ortiz checks out. Farewell.” The other reads, “To my wife and kids, I love u.”