Appeals grow to close US national parks during pandemic 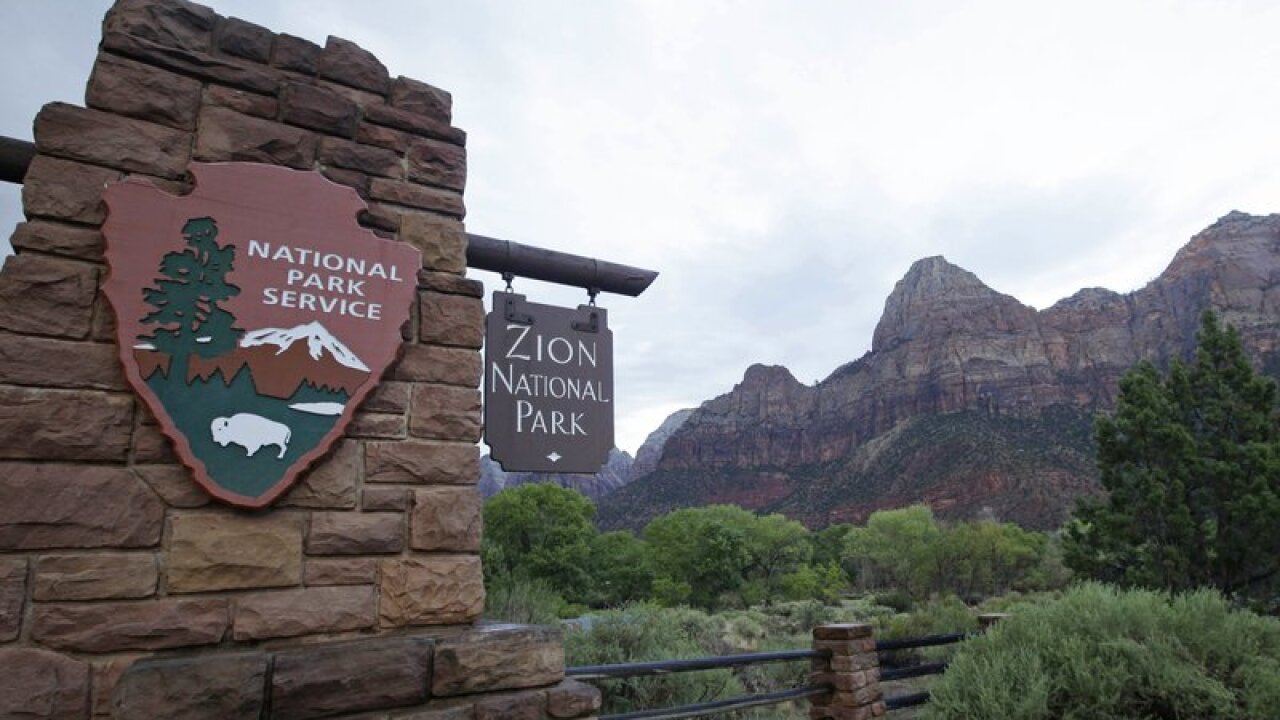 The Trump administration is sticking with its crowd-friendly waiver of entrance fees at national parks during the coronavirus pandemic , as managers at some parks try and fail to keep visitors a safe distance apart and communities appeal for a shutdown at other parks that are still open.

While the Interior Department agreed this week to requests from local managers of Yellowstone and some other iconic national parks to close, others remained open and newly free of charge. In Arizona, local governments and the Navajo Nation were waiting for an answer Thursday on their request earlier this week for federal officials to shut down Grand Canyon National Park as cases of the coronavirus grow in surrounding areas.

“We think it’s just in the best interest of the community, the visitors and the staff,” said Lena Fowler, a supervisor in Coconino County, which includes the Grand Canyon. “What we’re really concerned about is making sure everyone is safe.”

Park officials announced Thursday evening that three of the canyon’s most popular trails — Bright Angel, South Kaibab and North Kaibab — were being temporarily closed as of noon Friday, with some other operations being modified.

The National Parks Conservation Association, a nonprofit group that advocates on park policy issues, called the administration’s decision to keep the Grand Canyon open “beyond reckless.”

The Trump administration has issued guidelines to Americans urging them to stay at home whenever necessary, skip discretionary travel and avoid gatherings of more than 10 people. But critics see the move to keep the parks open as a mixed message with potentially dangerous consequences for virus spread. As jobless rates explode and the death toll surges in the country, the Republican president also is increasingly pushing to convey a rapid return to normalcy .

The National Park Service is deciding whether to shut down individual sites on a park-by-park basis, in consultation with state and local health officials, Nicholas Goodwin, a spokesman for Interior Secretary David Bernhardt, said Thursday.

Goodwin said a decision by Bernhardt earlier this month to waive entrance fees during the pandemic was meant to give a financial break to those visitors who had decided they wanted to go, not to draw people outdoors and together on vistas and trails as coranavirus deaths and illnesses grow.

“It was not meant to create a flood of people to national parks,” Goodwin said.

Great Smoky Mountains National Park was one of those whose request to close was granted by the Interior Department earlier this week.

There, the number of visitors last week surged over the previous year’s figures despite infection risks, with about 30,000 people entering the park each day.

Despite efforts at Smoky Mountains park to protect staff and visitors from COVID-19, including closing restrooms and visitor centers, the park found it impossible to keep people from crowding together in popular spots, spokeswoman Dana Soehn said.

The day after the closure announcement, park officials learned that an employee had tested positive for COVID-19.

“We looked at different models, including closing just the highly congested trails, but in the end, we decided to support the local community efforts to decrease unnecessary travel,” she said.

In the Southwest, local health officials for Arches and Canyonlands national parks also urged the park service Thursday to shut down those sites.

Despite orders barring out-of-town residents from staying overnight, hundreds of visitors are still coming to the parks, said Bradon Bradford with the Southeast Utah Health Department. That puts park staff at risk of infection, especially when shortages have left them unable to get items they need to keep the restrooms sanitized, he said.

The small, rural hospital could still be overwhelmed if people get seriously ill, officials said.

Across the United States, deaths from COVID-19 topped 1,200 on Thursday, and there were more than 80,000 confirmed coronavirus cases. For most people, the coronavirus causes mild or moderate symptoms, such as fever and cough, that clear up in two to three weeks. For some, especially older adults and people with existing health problems, it can cause more severe illness, including pneumonia, or death.

Current recommendations from the Centers for Disease Control and Prevention call for canceling “all U.S. events of 10+ people” when there is a “minimal or moderate spread of COVID-19 in the community.”

Although Vice President Mike Pence said the CDC would be releasing new guidance on national parks and the virus on Thursday, there was no such release, CDC spokeswoman Jasmine Reed confirmed Thursday evening.

“I just don’t understand what’s going on in terms of the senior leadership,” regarding cutting the entrance fees and keeping national parks open, said Kristen Brengel, a senior official with the National Parks Conservation Association.

National parks, including the Grand Canyon, have roads and trails designed to funnel visitors en masse to see views and wildlife, Brengel said. “They know they can’t keep people safe there,” she said.

National Park Service spokeswoman Alexandra Picavet said Thursday that the agency is working with Grand Canyon staff to review documentation the park sent in support of the request to close.

In an email to Grand Canyon staff this week, the park said it included information on the limitations of its public health system, wastewater treatment and emergency responders.

The park gets more than 6 million visitors a year, but it’s also home year-round to about 2,000 people, including a small community of Havasupai tribal members. The spread of the coronavirus quickly could overwhelm a small clinic at the national park.

The Navajo Nation, which has 71 confirmed cases of the coronavirus, closed tribal parks, placed restrictions on businesses and issued a stay-at-home order for residents on the vast 27,000-square-mile (70,000-square-kilometer) reservation that extends into Utah, New Mexico and Arizona.

“We are experiencing constant traffic through Navajo communities, and we simply cannot afford any additional outbreaks among our Navajo people, non-Navajo residents or those tourists travelling through the Navajo Nation,” tribal President Jonathan Nez and Vice President Myron Lizer wrote in the letter seeking the park closure.