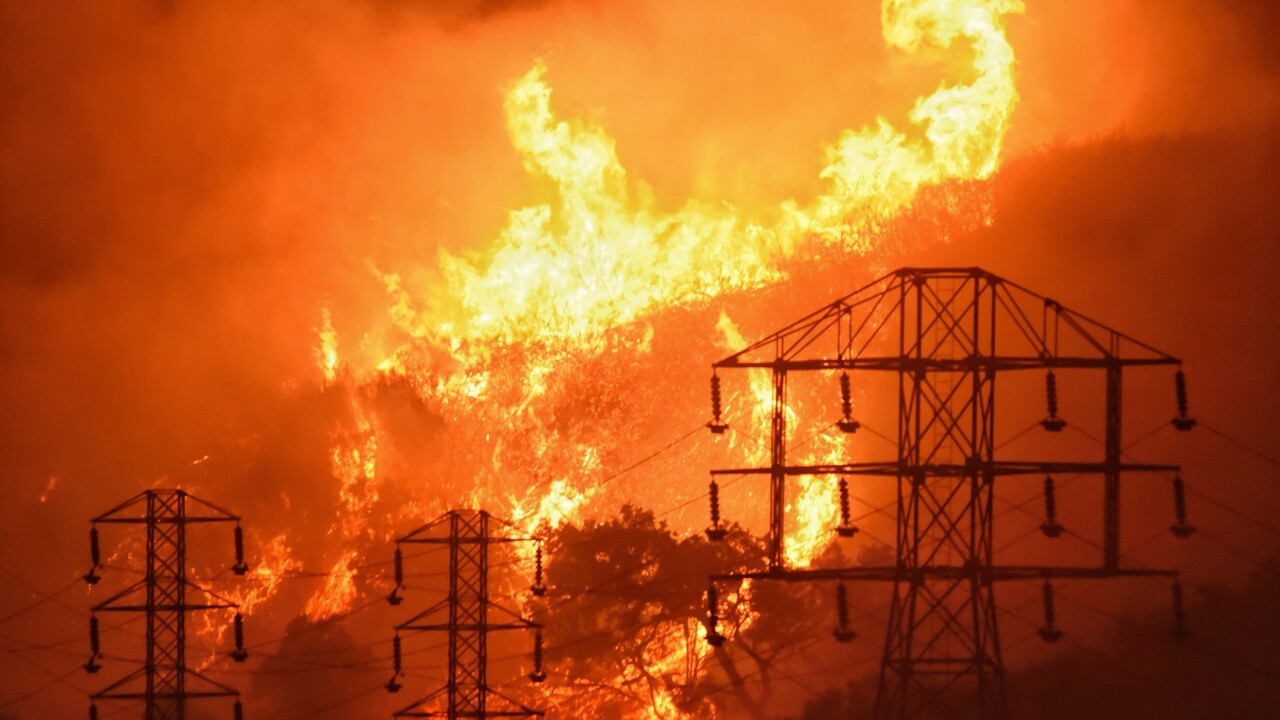 SAN FRANCISCO (AP) — Pacific Gas & Electric will plead guilty to 84 counts of involuntary manslaughter for a swath of death and destruction left behind after its fraying electrical grid ignited a 2018 wildfire that decimated three Northern California towns and drove the nation's largest utility into bankruptcy.

The plea agreement announced Monday resolves the charges facing PG&E in Butte County for wildfires that killed 85 people and destroyed thousands of homes in the towns of Paradise, Magalia and Concow.

No one from PG&E will go to jail for its felony crimes. Instead the company will pay a $4 million fine and help pay to restore water access.

In addition, PG&E has agreed to fund efforts to restore access to water for the next five years for residents impacted by the loss of the Miocene Canal, which was destroyed by the fire.

PG&E CEO and President Bill Johnson made the following statement about the agreement:

"On November 8, 2018, the Camp Fire destroyed the towns of Paradise and Concow, impacted Magalia and other parts of Butte County and took the lives of more than 80 people. Thousands lost their homes and businesses. Many others were forced to evacuate and leave their lives behind. Our equipment started the fire. Those are the facts, and with this plea agreement we accept responsibility for our role in the fire.

We cannot change the devastation or ever forget the loss of life that occurred. All of us at PG&E deeply regret this tragedy and the company's part in it. We have previously acknowledged our role in the Camp Fire. Since the fire, we have worked side-by-side with Butte County residents and public officials to help the Paradise region recover and rebuild. That work continues today, and we are doing everything we can to make things right. We cannot replace all that the fire destroyed, but our hope is that this plea agreement, along with our rebuilding efforts, will help the community move forward from this tragic incident.

Today's charges underscore the reality of all that was lost, and we hope that accepting those charges helps bring more certainty to the path forward so we can get victims paid fairly and quickly. PG&E previously reached settlements with all groups of victims from wildfires in 2015, 2017 and 2018, totaling approximately $25.5 billion. This amount includes payment for all claims from individuals impacted by the Camp Fire and reimbursement for claims by Butte County agencies. We are working diligently to get our Plan of Reorganization approved by the Bankruptcy Court as soon as possible, so that we can get victims paid.

The action we took today is an important step in taking responsibility for the past and working to create a better future for all concerned. We want wildfire victims, our customers, our regulators and leaders to know that the lessons we learned from the Camp Fire remain a driving force for us to transform this company. We have changed and enhanced our inspection and operational protocols to help make sure this doesn't happen again. Every single day, we have thousands of dedicated employees who are working diligently to harden the system, reduce the risk of wildfire and help deliver safe, reliable energy to our customers. We will emerge from Chapter 11 as a different company prepared to serve California for the long term."

Since the 2018 Camp Fire, PG&E says it has taken many additional safety actions and implemented a risk-based, comprehensive approach to reduce wildfire risks including enhanced inspections of the company's electric system, additional vegetation management and new operational protocols with short-, medium- and long-term plans to make its system safer.