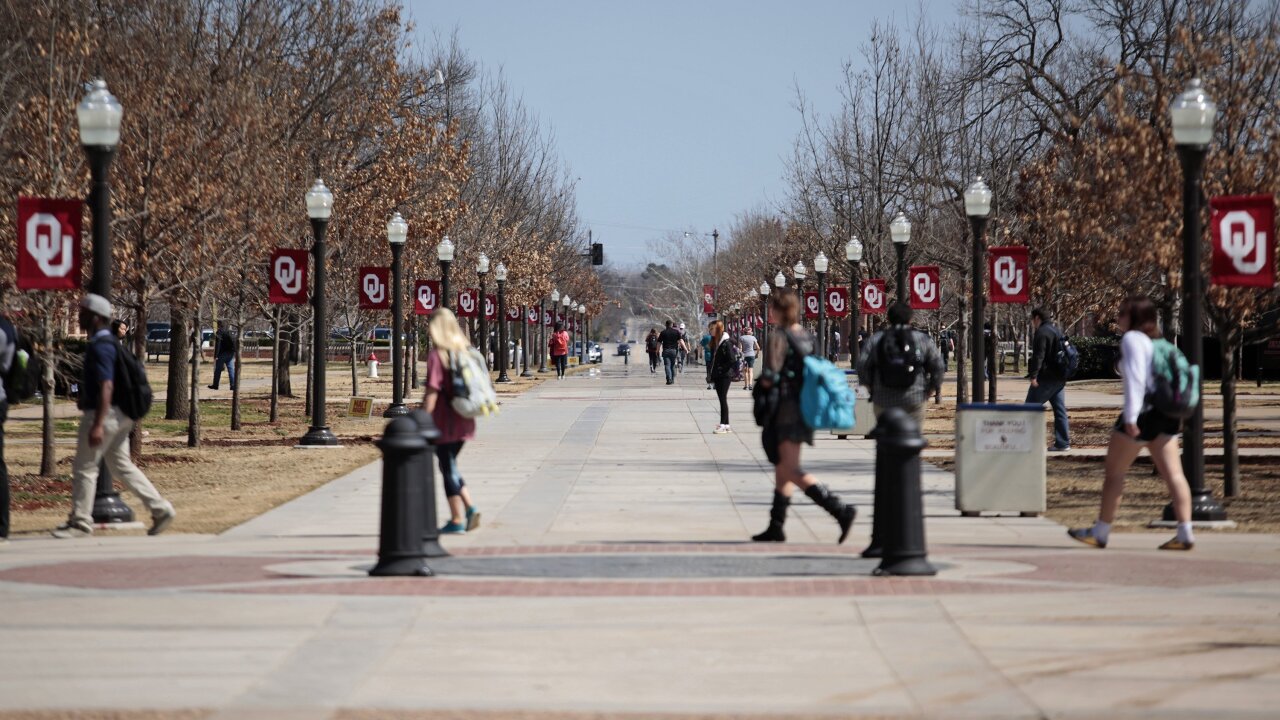 The company that makes the annual Best Colleges rankings said that the University of Oklahoma gave "inflated" data on its alumni giving rates for two decades.

U.S. News & World Report, which produces the coveted Best Colleges rankings, said Oklahoma would be listed as unranked in its 2019 edition because of the false data, which stretched back to 1999.

For the 2019 Best Colleges rankings, the university originally said its two-year alumni giving rate was 14% but later informed U.S. News that the correct number is 9.7%, the magazine said.

The rankings are based largely on data provided by the universities, such as graduation rates, class sizes and standardized test scores of students. Alumni giving rates make up 5% of the rankings formula because "giving measures student satisfaction and post-graduate engagement," U.S. News writes in its methodology .

Last year, the University of Oklahoma was ranked 97th in the Best Colleges survey, and the school touted that placement as the first time it had been ranked among the top 100 universities and colleges.

"This recognition marks a truly historic moment for the university," then-President David Boren said at the time.

In a statement, OU said that it discovered the "misreporting of donations" in 2018 and provided the updated information to U.S. News immediately afterward.

"We appreciate the work of U.S. News and World Report and continue to have pride in the top rankings of several of our programs including our Masters of Business Administration, online bachelor's and graduate programs, specifically in Criminal Justice, Nursing and programs for veterans," said Joseph Harroz Jr., the interim OU President.

"Rest assured, our University has learned from this occurrence and is working toward the goal of achieving future rankings for 2020 and beyond that reflect OU's excellence and academic success."

Oklahoma is not alone in this type of data issue. Last year, U.S. News said that the Fox School of Business at Temple University had "significantly overstated" the number of new entrants to the 2016-2017 class who submitted GMAT scores, which resulted in it receiving a higher ranking.

The Best Colleges rankings have long been criticized by higher education experts. Stephen Joel Trachtenberg, former president of George Washington University, has called them a "racket" and said schools feel pressure to game the rankings.

"Just as athletes use steroids and gambling happens at Rick's, colleges and universities succumb to their own set of pressures, including the desire to be on top in the rankings," he wrote in a 2012 opinion piece for CNN.

The announcement of the false data comes amid a rocky transition for the University of Oklahoma's leadership. Boren, who had led the school since 1994, retired last year amid an investigation into sexual harassment claims, CNN affiliate KOCO reported .

His replacement, James Gallogly, retired May 12, and the university named Harroz, dean of its College of Law, as interim president last week.

Lauren Brookey, the school's vice president of marketing and communications, said the university has retained the law firm Jones Day to conduct an independent investigation into the Boren allegations.