Report: Bryant crash pilot had no drugs, alcohol in system 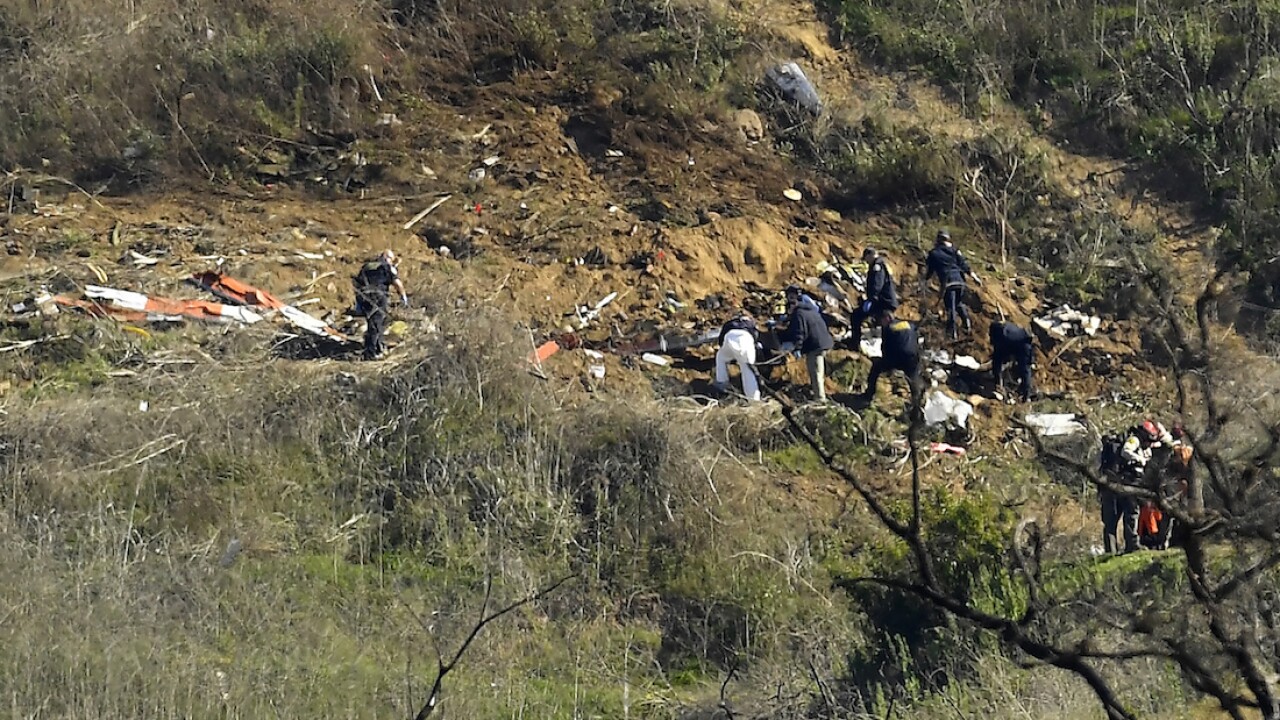 Copyright 2020 The Associated Press. All rights reserved.
Mark J. Terrill/AP
FILE - In this Jan. 27, 2020 file photo, investigators work the scene of a helicopter crash that killed former NBA basketball player Kobe Bryant, his 13-year-old daughter, Gianna, and several others in Calabasas, Calif. Autopsy reports released Friday, May 15, 2020 show that the pilot who flew basketball icon Kobe Bryant show he did not have drugs or alcohol in his system when the helicopter crashed in Southern California in January, killing all nine aboard. The causes of death for Bryant, his 13-year-old daughter Gianna, pilot Ara Zobayan and the others have been ruled blunt force trauma. . Federal authorities are still investigating the Jan. 26 incident where the chopper crashed into the Calabasas hillsides. (AP Photo/Mark J. Terrill, File)

LOS ANGELES (AP) — An autopsy has found the pilot of the helicopter that crashed and killed Kobe Bryant had no trace of drugs or alcohol in his system.

Autopsy reports released Friday also show that Bryant, his 13-year-old daughter Gianna and six others probably died instantly from blunt trauma when the helicopter crashed in January on a hillside outside of Los Angeles.

Bryant was heading from his Orange County home to his daughter's basketball tournament in Thousand Oaks when the aircraft encountered thick fog.

Investigators haven't determined the cause of the crash but say there was no sign of mechanical failure.