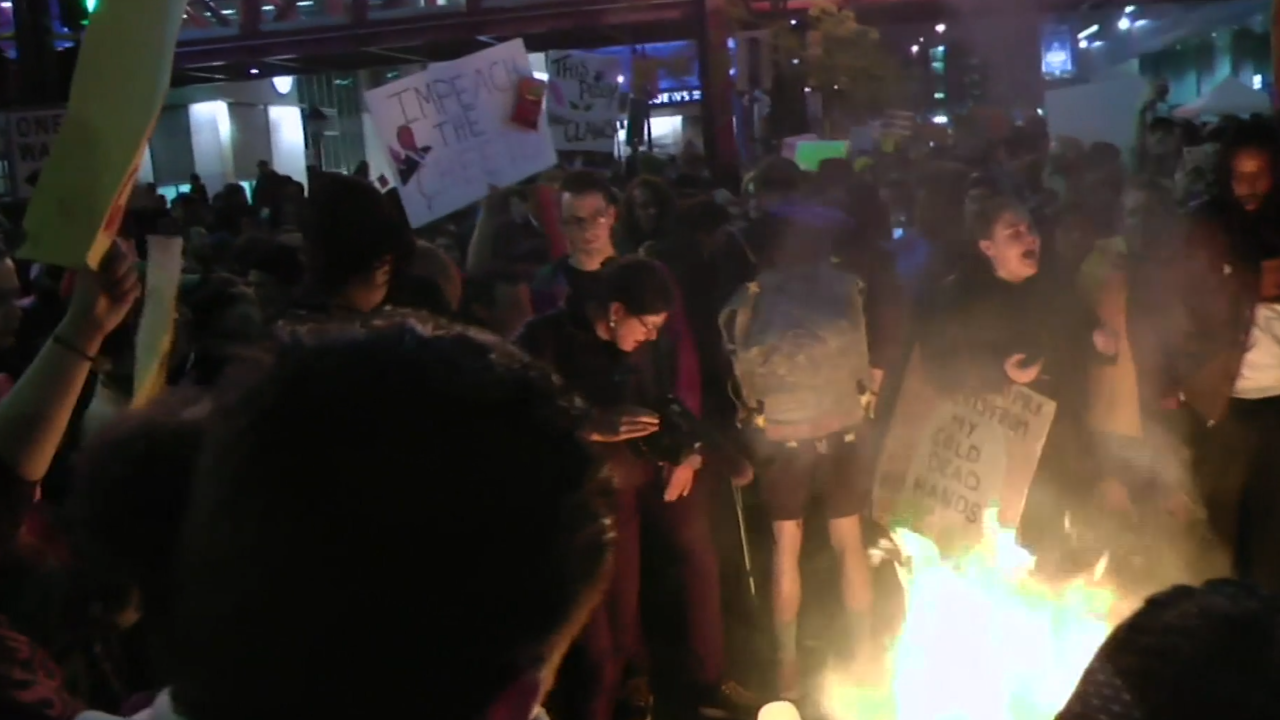 Protesters got into a brief confrontation with police outside President Donald Trump's campaign rally in Minneapolis on Thursday night.

At one point hats bearing the president's slogan, MAGA, short for "Make American Great Again," were set on fire.

Police moved in to put out the fire, apparently angering the protesters.

"I am so hurt. I am so sad by all of this, truly, that is what it is," said protester Laura Maki. "It's like heart wrenching to me that someone like this can take over our country and hurt people. Truly, I say, every day, it hurts my heart. I just don't understand and I don't understand how people can just ignore this. It just is heart wrenching."

There were also supporters of Trump out Thursday night.

"He is a man that follows action. He said he was gonna do something, he's done at least 90% of what he said he was gonna do," said Wayne Roden, a Trump supporter. "They're making it hard on him to get this wall done but he has already proceeded on starting that and the parts that are already started already seeing less crime."

Police briefly fell back before forming a line of bicycles and horses, with one officer using pepper spray amid the protests.

"I'm out here to make our voices heard," said Bruce Wagner, who was protesting. "Abuse of power will not be tolerated. We stand up for the Constitution and our American values."

But the protest quickly appeared to ebb, with protesters beginning an impromptu march.

Trump was near the end of his speech by then, and the crowd of thousands had thinned well before the confrontation.