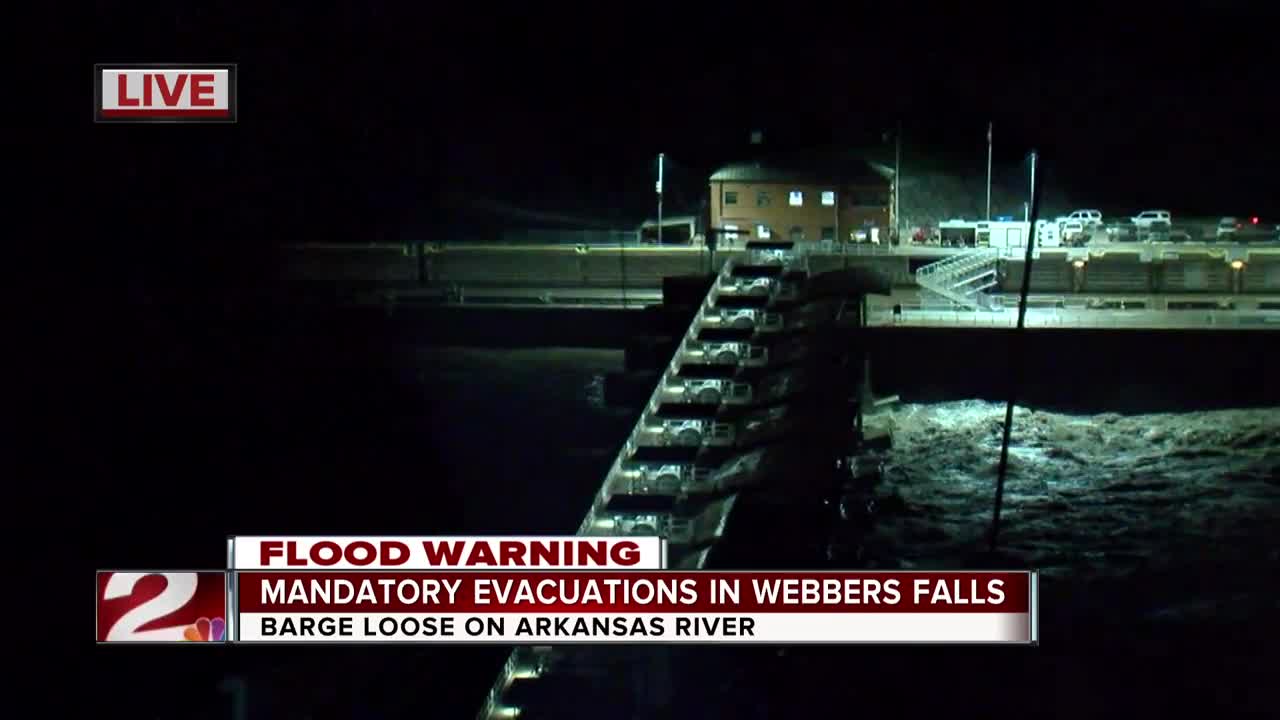 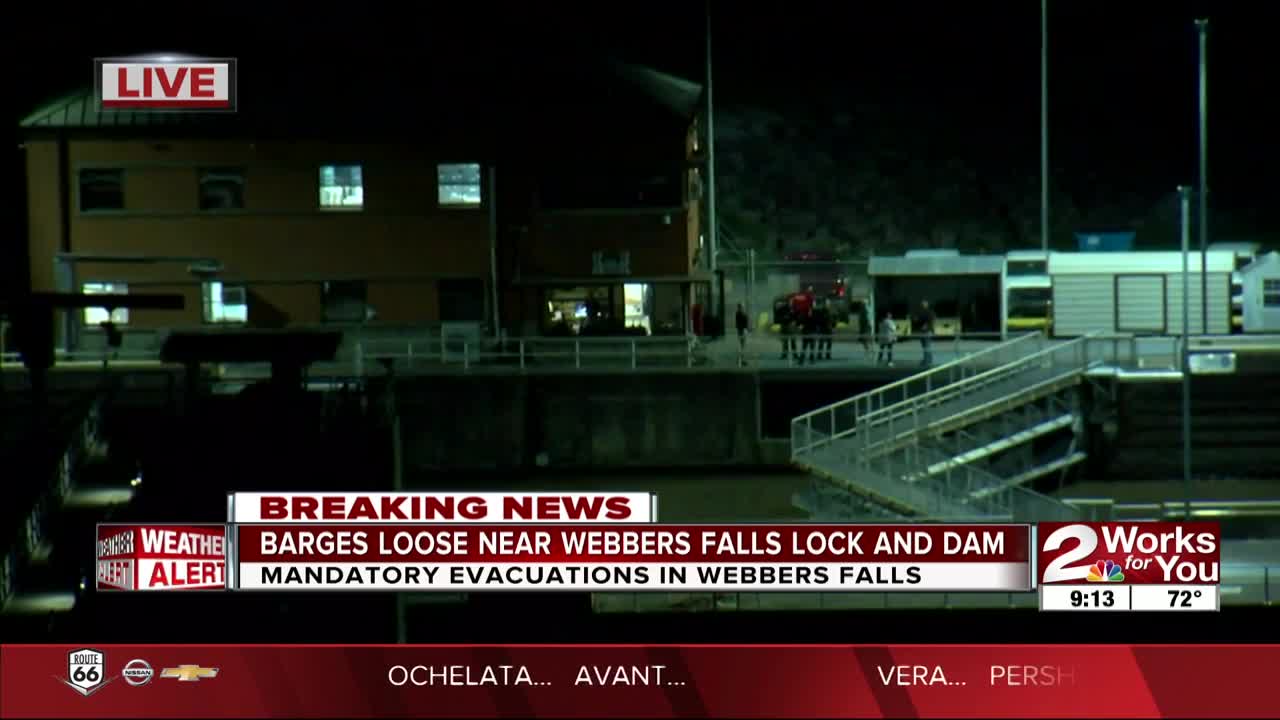 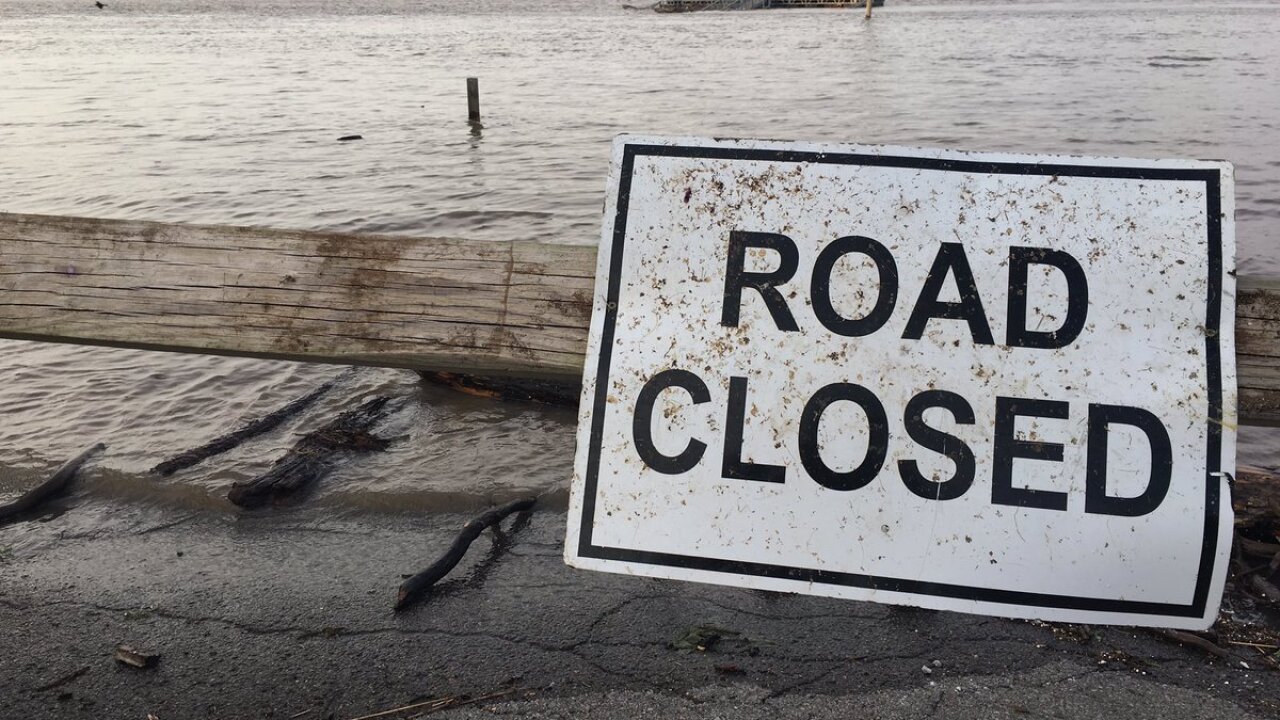 A town in Oklahoma is under a mandatory evacuation order after flooding has sent a series of barges careening towards a local dam.

The city of Webbers Falls issued a mandatory evacuation order Wednesday after flooding caused two barges to break loose from the Port of Muskogee on the Arkansas River.

The barges are currently headed toward the Webbers Falls Lock and Dam 16. Should the dam fail, it could cause catastrophic flooding in an area already affected by high waters.

The barges also caused a partial shutdown of I-40 in Oklahoma.

According to Scripps station KJRH in Tulsa, the I-40 bridge in Webbers Falls was hit by a barge in May 2002 and collapsed. Fourteen people were killed in the accident.