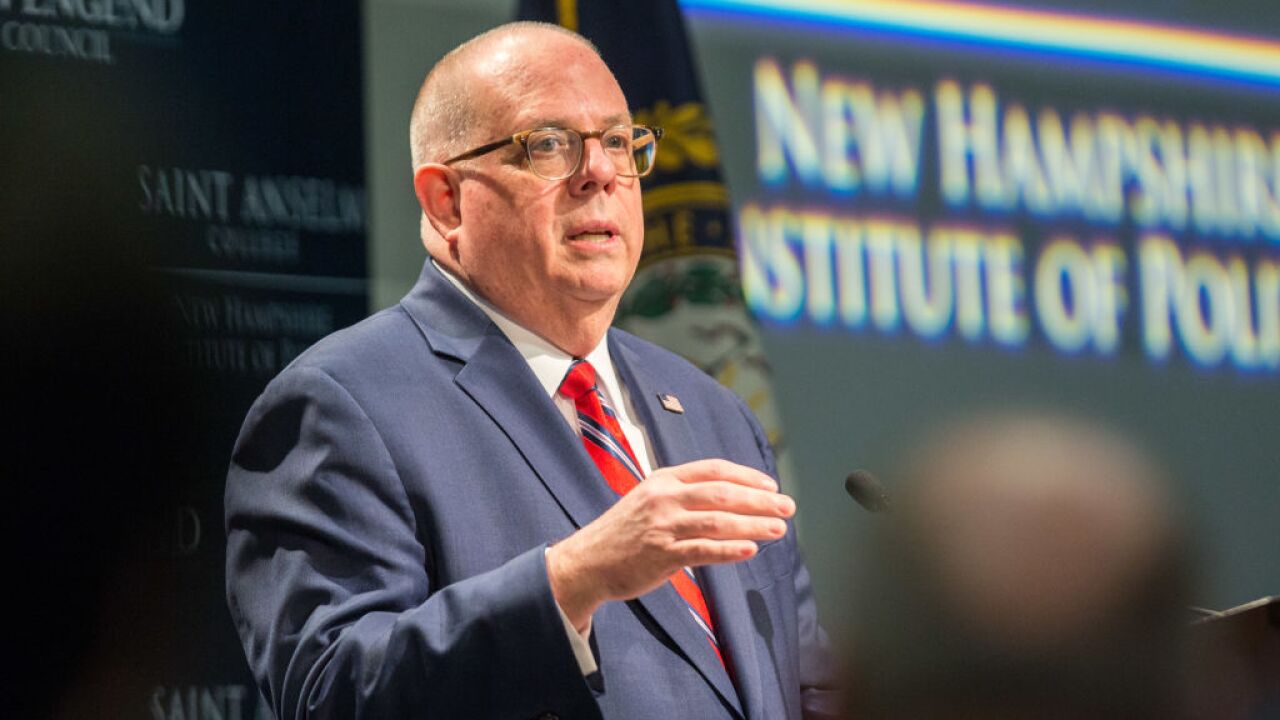 Maryland Gov. Larry Hogan says he will not launch a primary challenge against President Donald Trump for the Republican Party's 2020 presidential nomination.

Hogan on Saturday posted to his personal and office Facebook pages part of a Washington Post story in which he told the paper: "I'm not going to be a candidate for president in 2020."

In that story published earlier Saturday, the governor also acknowledged that it would be difficult to overcome Trump's popularity among most Republicans.

Hogan, a moderate Republican in a deep-blue state, told CNN earlier this year that several people had approached him about running.

Former Massachusetts Gov. Bill Weld has already mounted a challenge against Trump for the GOP nomination, while on the left, so far, 23 Democrats candidates are campaigning for president.