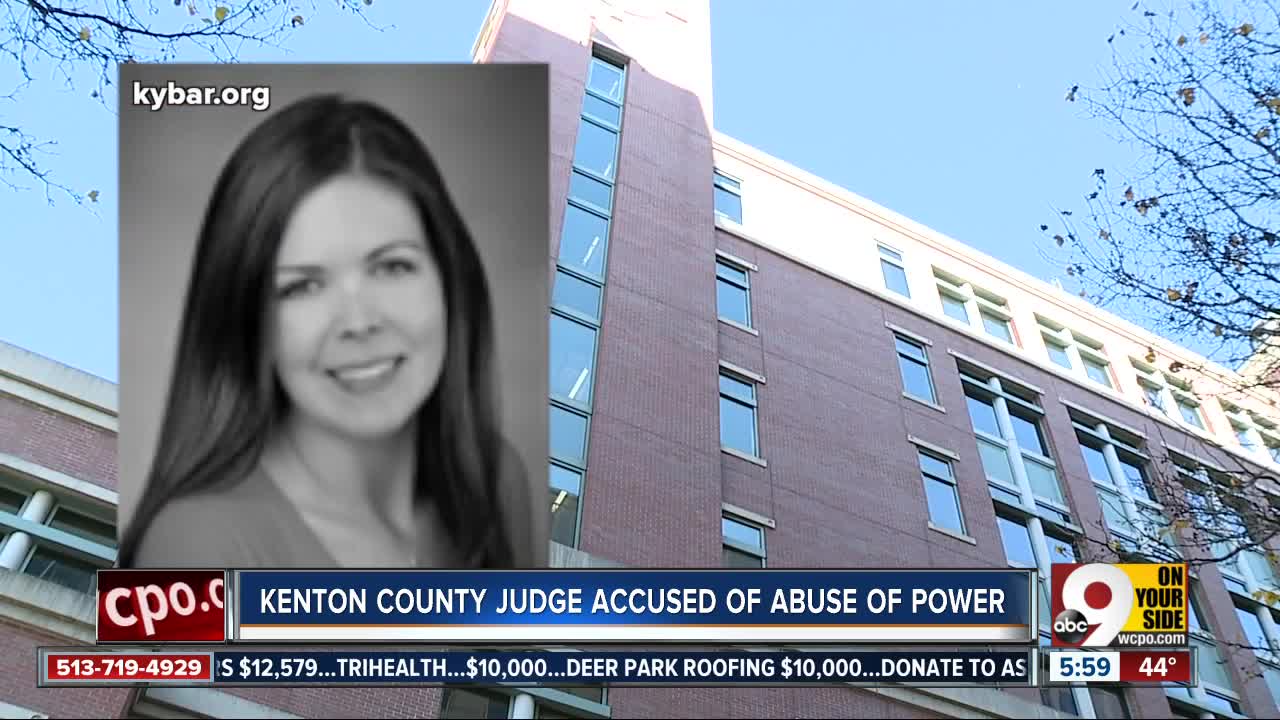 A judge stands accused of having sex and alcohol in the courthouse, coercing staff, taking revenge that affected cases, and more.

An anonymous person filed the complaint about Judge Dawn Gentry, a family court judge in Kenton County, to the Kentucky Judicial Conduct Commission on Nov. 18. The accusations include:

Gentry could lose her seat if found guilty of serious ethics violations.

"They're very serious charges,” said attorney Richard Goldberg, who has experience with these types of cases.

READ the commission's notice of formal charges and Gentry's answer.

Goldberg is a member of the Cincinnati Bar Association Grievance Committee and took a look at the complaints against Gentry.

“There's numerous ones and several are serious enough that they can, if proven, justify removal from the bench, yes,” Goldberg said.

"Engaged in sexual activity... in a courthouse office, during work hours."

“Retaliated against a school liaison officer."

It says Gentry's child witnessed a confidential proceeding and that Gentry’s child "recognized the child involved in the proceeding", violating confidentiality.

"I think her law license could be in jeopardy as well," Goldberg said.

In her formal response, Gentry denied sexual conduct and denied any knowledge of alcohol.

She said she asked staff to help with her campaign.but never asked for money.

“She’s worried. but she seems to be holding up real well. Just talked to her five minutes ago,” Ryan said Thursday.

“She has a lot of people coming to her assistance and aid. They think she’s a real good judge. So, they contacted me. So that’s good.”

Goldberg says the six-member Judicial Conduct Commission will hear each side and decide punishment.

This article was written by Courtney Francisco for WCPO .