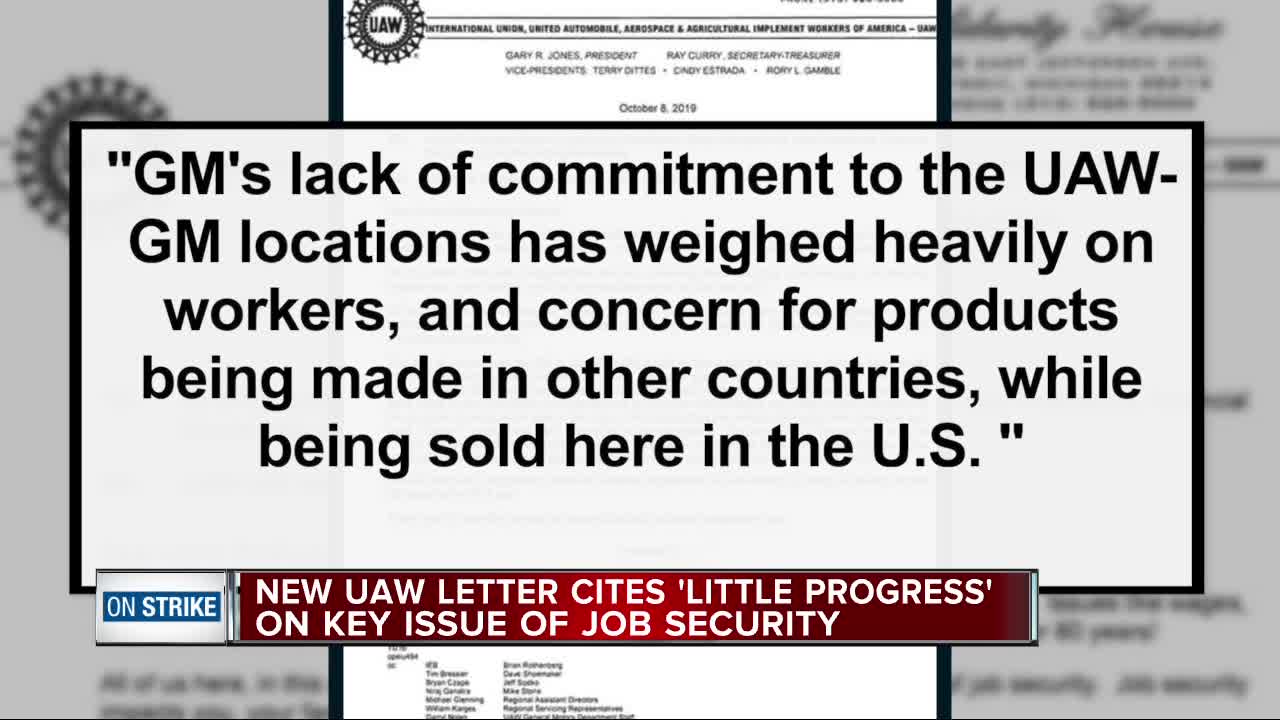 On day 23 of the UAW-GM strike, Vice President and spokesperson for the United Automobile Workers union, Terry Dittes, says members are mainly concerned for job security as negotiations continue with little progress. 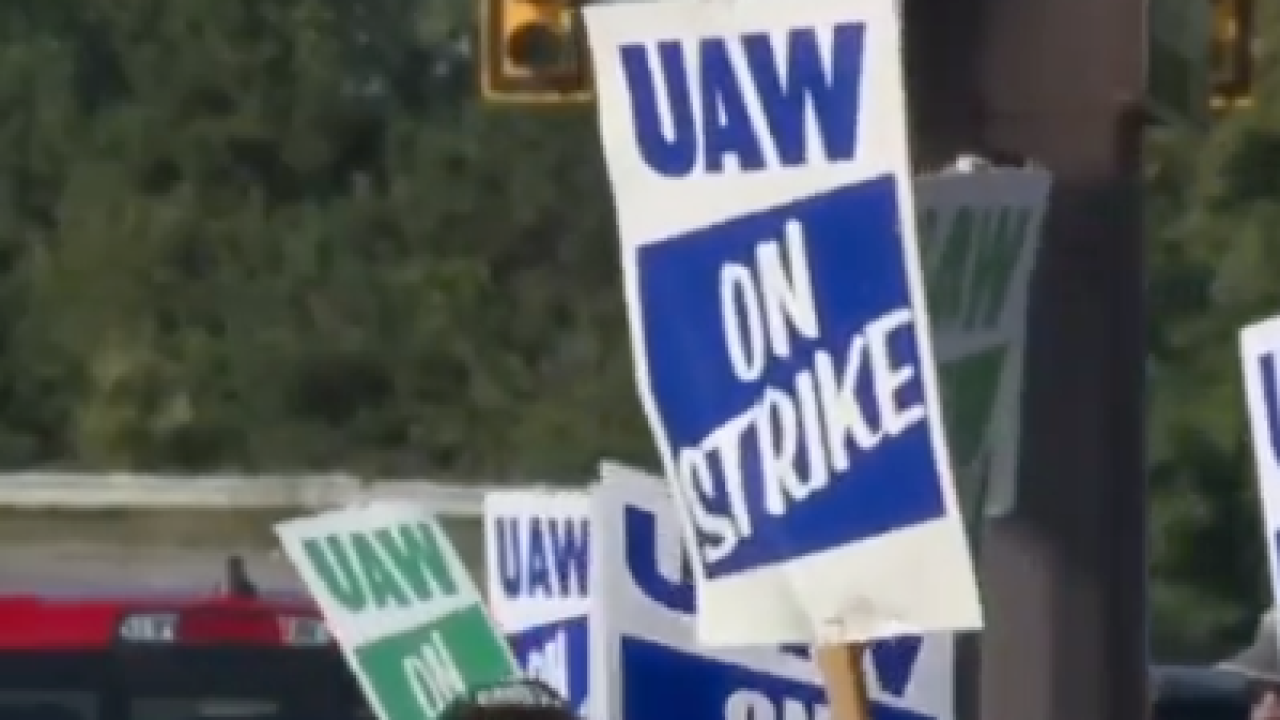 General Motors sent a letter to employees updating the state of negotiations with the UAW on day 26 of the strike.

According to the letter, GM said it presented an offer on Monday that it felt "achieved our mutual objectives." The company said the offer would increase compensation, preserve health care benefits and commit to new jobs in the U.S.

"We have advised the Union that it's critical that we get back to producing quality vehicles for our customers," GM said in the letter. "We remain focused on building a stronger future for everyone."

The UAW will prepare a "comprehensive proposal" for the union member's consideration.

Dittes said that during the meeting, Barra requested that all committees "work to resolve their open issues simultaneously so the Company could receive a comprehensive proposal from the Union."

Dittes said that request was agreed to, and various committees met following the meeting between Barra and UAW top officials.

"Nobody should take for granted that the union membership will ratify a tentative agreement," said economist Patric Anderson. "UAW VP Terry Dittes is taking great care to ensure the rank and file get to see that agreement before they agree to it. The importance of the "future of work" committee underlines what we have been pointing out since the beginning of this strike: it is more about the future than about the cash."