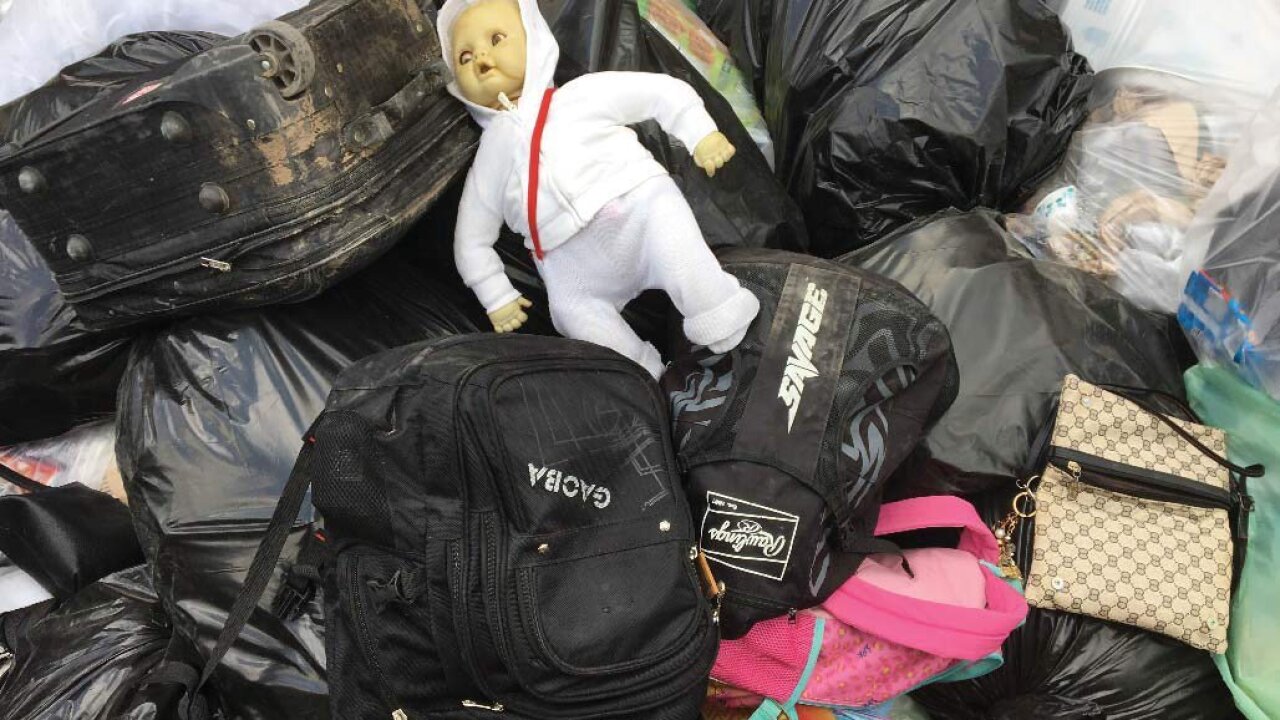 The Department of Homeland Security's Inspector General has found "dangerous overcrowding" and unsanitary conditions at an El Paso, Texas, Border Patrol processing facility following an unannounced inspection, according to a not-yet released report obtained by CNN.

The IG found "standing room only conditions" at the El Paso Del Norte Processing Center, which has a maximum capacity of 125 migrants. On May 7 and 8, logs indicated that there were "approximately 750 and 900 detainees, respectively."

"We also observed detainees standing on toilets in the cells to make room and gain breathing space, thus limiting access to the toilets," the report states.

"(Customs and Border Protection) was struggling to maintain hygienic conditions in the holding cells. With limited access to showers and clean clothing, detainees were wearing soiled clothing for days or weeks," the report states.

"Corrective action is critical to the immediate health and safety needs of detainees, who cannot continue to be held in standing-room-only conditions for weeks until additional tents are constructed," the report adds.

The report comes as the number of migrants coming across the southern border continues to skyrocket. Roughly 109,000 people crossed in April, according to DHS , a number expected to increase in May.

President Donald Trump threatened on Thursday to impose tariffs against Mexico if it doesn't step up enforcement, but it's not clear such actions would stem the flow of migrants.

The White House has asked Congress for $4.5 billion in emergency funding for the border.

The IG also said Border Patrol managers were concerned about an "immediate risk to the health and safety" of DHS agents and officers, and that employee morale is decreasing. There is a "high incidence of illness" among staff, the report states.

At the El Paso center and others, some employees eligible for retirement have accelerated their retirement dates, and others are looking for work elsewhere.

Five Border Patrol stations and two ports of entry in the El Paso area, including greater El Paso and eastern New Mexico, were part of the unannounced spot inspection visits at CBP holding facilities this month.

DHS and acting Homeland Security Secretary Kevin McAleenan have been flagging the rising number of migrants and crowded condition at border camps.

"The current situation on the border represents an acute and worsening crisis. Our immigration is not equipped to accommodate a migration pattern like the one we are experiencing now," DHS said in a written response to the IG report.

"The speed with which illegal migrants are transiting through Mexico to reach our southern border is frustrating our best efforts to respond quickly," it added.

DHS said that it "has implemented a multi-layered approach" that includes the construction of additional structures to house migrants, continued coordination with Immigration and Customs Enforcement and providing staff support.

The agency has constructed a soft-sided structure at El Paso Station that can hold 500 and has been operational since May 2, the response reads. The agency also plans to build additional structures, including an "800 holding capacity modular facility" at El Paso Station by July 31 and a permanent centralized processing center for approximately 1,800 people.

The estimated completion date is November 30, 2020.