DETROIT — "There are a lot of ways to celebrate a retirement. Taking a photo in front of a building fire is not one of them," said Detroit Fire Commissioner Eric Jones.

That was Jones' response to the social media post showing Detroit firefighters posing in front of a burning house. The photo was posted on New Year's Eve. 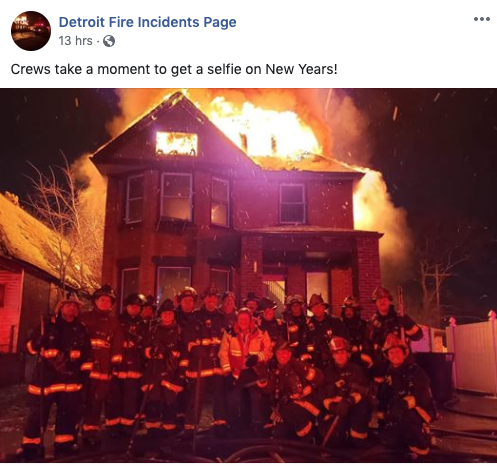 The photo sparked some outrage in the comments. Some thought the visual was in bad taste, while others congratulated the crew on their hard work.

Here’s the house today in SW Detroit.@detroitfire says the home was vacant. The one next to it is as well.
Dep. Commissioner Dave Fornell tells me fire crews could not go inside last night and could only defensively attack the fire. pic.twitter.com/BiG7stPPfR

"There are a lot of ways to celebrate a retirement. Taking a photo in front of a building fire is not one of them. We will investigate this matter and follow the facts where they lead us. If this photo is verified, discipline will be in order."